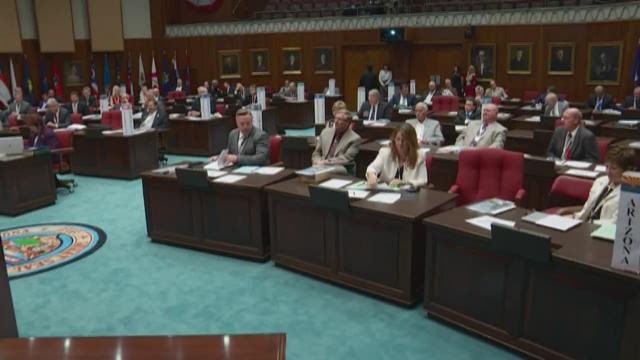 Two diametrically opposed topics for Americans to consider at a convention. The best place to have these discussions in the same way they were debated in 1787.

Orrin Hatch: Use Article V to Save the Supreme Court

On October 28 the National Review published an article by former US Senator Orrin Hatch (Utah) headlined Avoiding Judicial Armageddon.  His thoughtful piece talks about the importance of keeping a nine-justice Supreme Court.

He offers more background on why nine is the ideal number for the high court and adds, “That’s why it’s not enough to educate Americans on the dangers of Court-packing.  We need to go a step further by mounting a vigorous campaign against it.”  Then he points out that “Article V of the Constitution provides states with an avenue to amend the Constitution independent of Congress.  If progressives move to pack the Court, we should invoke this power to pass a constitutional amendment that would fix the number of Supreme Court justices at nine.”

Hatch concluded by saying, “Article V was built for this very purpose: to act as a fail-safe against Washington overreach. The Founders, in all their wisdom, included it in the Constitution for the day that the states would need to save the federal government from itself.  Now, that day could soon be upon us.”   Read his reasoned article HERE.

****
Amendments Proposed to Create ‘a Democratic Constitution’ –
On October 26, with Amy Coney Barrett’s confirmation to the Supreme Court still pending, the Boston Review carried a piece written by Julie C. Suk.  Under the heading Our Undemocratic Constitution Ms. Suk blathered on about how the US Senate, the Presidency and the Judicial branch of American government are not “democratic.”

Ms. Suk’s article is premised on her expectation that adding Justice Barrett to the high court would further entrench what she believes are “unrepresentative institutions.”  Read her viewpoint HERE.