Huge scandal no one is considering

It’s nearly 2021 and since 2016, we have become so accustomed to watching the scurrilous antics of the democrats that we just yawn and figure it’s just one more blast against America and her citizens.

We all watch the daily reports on election fraud and we now know it’s ranged farther than Arizona, indeed, in most every important swing state and most red states. Who among us would think our Governor wearing the red shirt would sell us out? Only those who pay close attention to Ducey and his incompetence for the past six years. That, of course, is the McCain Syndrome at work. Ducey, like the straw man in the Wizard of Oz, has no brain. He just goofs along under orders of Michael Crow and Cindy McCain. Few of us prior to this election and the lockdowns understood how dangerous it has been for Arizona. Crow and McCain have been much more relentless against their home state than John McCain who focused on the bigger picture: “Who can I milk for graft today?” 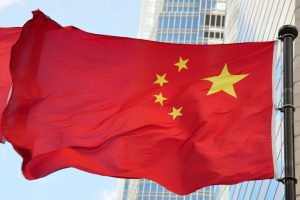 Let’s turn our attention to the never ending Covid-19 scandal. What we know is how it got started and most of us know now why it got started. We see the love affair between the dems, Soros, Gates and China with clear eyes. Russia was the shiny object while all along they were courting China, a government more diabolic than Putin!

The scandal swirls around hydroxychloroquine, not the actual China flu. If you read the stats, we see that CDC and WHO were in on the gig from the start two or three years before we became aware. What Trump knew about this was probably about what we all knew… next to nothing that long ago. It had been the biggest world-wide secret in America’s history, most likely. If Trump had an inkling what the China dems had going, would he ever have agreed to let Fauci anywhere near the White House? Honest people, even tuned-in honest people, can scarce imagine the evil we have seen in the past four years. Most of America is just waking up to that reality.

Doubtful that much that has happened in the last four years were just humanity at work. When we think about it, it has been more injurious to America’s Constitution and way of life than even the British a few hundred years ago.

Enter coronavirus and the American Medical Association. Wouldn’t we expect the medical community to be jumping through hoops to find and use available protocols to shut down what has not been a pandemic at all, but an epidemic. It’s not a pandemic because the CDC, WHO and the AMA have consistently lied about what was really happening. Remember c-19 was so prolific in NYC that there were no beds for the stricken, too few health providers to take care of the sick. So Pres. Trump sent a medical ship fully equipped into New York harbor, fully staffed, to take care of the overflow. Tents were set up in Central Park and convention halls, fully equipped and fully staffed. Then the truth was revealed.. only a handful of patients were ever admitted or treated in these make shift facilities. Why?

That revelation brought about the facts that this was an epidemic…. people passing it along like the flu or a bad cold. CDC developed a new medical code on March 24, 2020 and required most people over 65 in America who died thereafter were coded “coronavirus” It’s always about the numbers, right? How do you scare the public unless you use fear for their lives?

This is where organized medicine comes in through the AMA. They mandated HCQ was not to be used to treat! It wasn’t approved as a treatment for c-19 by the equally corrupt FDA! What most of us never think about is how corrupt the AMA is, no different from Fauci. Or that very few medical practitioners belong or care about the AMA. Nonetheless, when they spoke on HCQ, it became a fact even though it is not a fact. What was the purpose? Fear, certainly, as the ultimate control mechanism. It was the AMA that pulled HCQ off the list of treatments and forbid its use. We talk about deaths from covid-19 that in America hovers around 10,000 nationwide. How many of those people would have survived with HCQ, used in Europe for decades to treat these respiratory conditions? How did AMA profit through this mandate? Politics is just as much at work in medicine as in every other national mandate. In October, the AMA quietly and so far under the radar that no one heard a peep about it, that HCQ could be used as a treatment. Dozens of peer-reviewed studies proved HCQ was a good treatment and even the AMA could not ignore that.

Who is talking about the corruption of the American Medical Association and their part in the ruinous and contrived faux-pandemic that, itself, is the cause of more deaths and destroyed lives than the bug we call covid-19? Who has them on their radar to investigate?

All of this, of course, centered on the hatred of Pres. Trump by the left and everyone on the take from government contracts, including at least 30% or more of those supposedly on the right (Mitch McConnell and Romney come to mind immediately).

Money, we see, is more important than the guaranteed promise of mask-less  life, liberty and the pursuit of happiness in America.