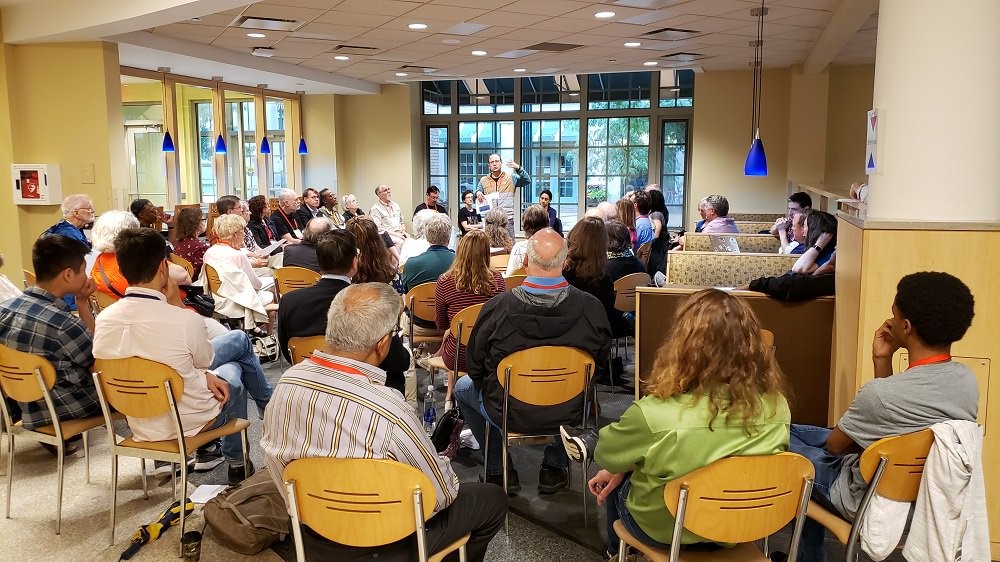 The nation finds itself in a new time for choosing and warrants the rise of a new cultural Tea Party born out of the ashes of the first.

Parents began to take over a local school board last weekend with the triumph of two parents who captured seats on a platform to rid classrooms of state-sanctioned racism under the disguise of critical race theory.

Cameron “Cam” Bryan, a civil engineer and father of four, and Hannah Smith, an attorney and mother of four, each picked up seats on the Carroll Independent School District school board in Southlake, Texas, between Dallas and Fort Worth.

“They can’t argue with us,” Bryan said upon victory, branding their win as a community mandate to restore the district’s focus on academic excellence as opposed to leftist indoctrination.

Their wins could mark the early stages of an escalating grassroots movement to reclaim K-12 schools infected by the racism of critical race theory. What happened in Southlake, Texas last weekend ought to be a preview of the local battles preparing to sweep the nation as a new cultural Tea Party rises from the ashes of the first, born out of disillusionment with a radical leftist in the White House coinciding with an apathetic and out of touch Republican establishment more than a decade ago.

Similar circumstances are presented today that gave rise to the first Tea Party movement, only this time, the stakes are far higher with conditions ripe for a new takeover.

Within his first 100 days, President Joe Biden has redefined what it means to run a far-left presidency, outshining his Democrat predecessor whose inflammatory engagement in the culture wars set the scene for 2016. To compliment Biden’s embrace of socialist central planning, the new Democrat administration is adopting critical race theory as a new state secular religion woven throughout government and schools.

Biden’s White House Domestic Policy Council lead Susan Rice has been tasked with “rooting out systemic racism” as the focal point of her mission. Biden’s U.N. Ambassador Linda Thomas-Greenfield smeared her own country as one steeped in white supremacy on the world stage.

Biden’s Education Department is pushing federal grants to make classrooms “incorporate teaching and learning practices that reflect the diversity, identities, histories, contributions, and experiences of all students.” Works encouraged in curriculum to achieve those goals include The New York Times’ anti-American “1619 Project” and Ibram X. Kendi’s “How to Be an Antiracist.”

Conservatives are just now discovering ways to fight back in the early stages of a new grassroots movement. President Donald Trump’s 1776 Commission was a start, promoting an alternative patriotic curriculum to counter the 1619 Project already implemented in some 4,500 classrooms. A new nonprofit organization, Parents Defending Education, was also launched last month to organize parents nationwide and go on offense to combat this state-sanctioned racism overwhelming schools.

Parents taking over their local school boards will serve as the most effective form to protest as the once-fringe ideology of critical race theory becomes the dominant doctrine of U.S. schools at breakneck speed. Every other institution has already become infected by the exhaustive wokeism from universities, which for decades graduated students dismissed as kids who would surely grow out of their leftist indoctrination.

The true rebels on college campuses of the prior decade haven’t been the woketopians who dye their hair and chant “RESIST” into a megaphone on the university quad, because at the end of the day, it’s hard to find who’s against them. Their administrators are with them, their professors are with them, the media is with them, Hollywood is with them, and now, corporate America is too. The true rebels on campus are the ones who worship Jesus Christ, value the family structure as the most fundamental pillar of society, and reject the contemporary orthodoxy insisting our futures are pre-determined by our skin color.

A new cultural Tea Party must champion these points and give rise to a great awakening before it’s too late. And it’s getting late.

The nation’s cultural ills extend far beyond the confines of the K-12 classroom. That’s just where the fight has gone as dueling forces compete for influence among the next generation, on which conservatives have conceded ground for too long. But as aggressive wokeism is now the norm, with dissent suppressed, religiosity declining, birthrates reaching a four-decade low, and loneliness skyrocketing as American decline coincides with the embrace of cultural progressivism.

Pandemic lockdowns, meanwhile, featuring the most radical erosion of American liberty in decades, only exacerbated each of these devastating trends and showcased increased distance from religion with select persecution of churches and synagogues. The current moment warrants a new time for choosing.

Tristan Justice is the western correspondent for The Federalist.