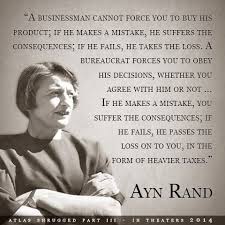 The following come from a part of America’s Story…

“We are a nation of free enterprise, with a limited government, with an independent Court, one built on respect for the Constitution. If we allow politicians to violate these principles, we will not survive. By law we must follow the Constitution.  It’s time politicians do this. If they violate the Constitution, they must be replaced.” And “Governments exist upon confidence, and confidence in the courts is fundamental.” Former US Senator Josh Bailey, a North Carolina Democrat – circa 1936. He was the primary author of the “Conservative Manifesto” and the principal voice opposing FDR’s failed effort to add 6 members to SCOTUS.

“One of the first efforts of all kinds of absolutism is to control the press and the schools as the sources of information and education of the people. Where the press is free, as it is in our country under the guaranties of the National and State Constitutions, it has a reciprocal duty of its own to perform toward the administration of the Government, of giving true reports to the people of the actions of public officials. To do otherwise would be to establish a petty tyranny of its own.” President Calvin Coolidge

“However beautiful the strategy, you should occasionally look at the results.” —Winston Churchill

“This election in Georgia will be the most important in history. You have nothing to worry about unless you are a taxpayer, parent, gun owner, cop, person of faith, or an unborn baby!” – Louisiana Sen. John Kennedy

1. When we get piled upon one another in large cities, as in Europe, we shall become as corrupt as Europe

2. The democracy will cease to exist when you take away from those who are willing to work, and give to those who would not.

3. It is incumbent on every generation to pay its own debts as it goes. A principle which if acted on, would save one-half the wars of the world.

4. I predict future happiness for Americans if they can prevent the government from wasting the labors of the people under the pretense of taking care of them.

5. My reading of history convinces me that most bad government results from too much government.

6. No free man shall ever be debarred the use of arms.

7. The strongest reason for the people to retain the right to keep and bear arms is, as a last resort, to protect themselves against tyranny in government.

8. The tree of liberty must be refreshed from time to time with the blood of patriots and tyrants.

9. To compel a man to subsidize with his taxes the propagation of ideas which he disbelieves and abhors, is sinful and tyrannical.

10. In light of the present financial crisis, it’s now very interesting to read what Thomas Jefferson said in 1802: “I believe that banking institutions are more dangerous to our liberties than standing armies. If the American people ever allow private banks to control the issue of their currency, first by inflation, then by deflation, the banks and corporations that will grow up around the banks will deprive the people of all property until their children wake-up homeless on the continent their fathers conquered.” – Thomas Jefferson

“Always follow your heart…..but take your brains with you.” – Louisiana Sen. John Kennedy

“The short answer is ‘No.’ The long answer is ‘Hell No.’” – Louisiana Sen. John Kennedy

“It must suck to be that dumb.” – Louisiana Sen. John Kennedy

“When the Portland mayor’s IQ gets to 75, he oughta sell.” – Louisiana Sen. John Kennedy

“It does not take a majority to prevail…but rather an irate, tireless minority, keen on setting brushfires of freedom in the minds of men.” Samuel Adams

“Individual rights are the means of subordinating society to moral law.” Ayn Rand

“The moral justification of capitalism is man’s right to exist for his own sake, neither sacrificing himself to others nor sacrificing others to himself.” Ayn Rand

Ineptocracy – (in-ep-toc’-ra-cy): A system of government where the least capable to lead are elected by the least capable of producing, and where the members of society least likely to sustain themselves or succeed, are rewarded with goods and services paid for by the confiscated wealth of a diminishing number of producers.” Unknown

“The only proper purpose of a government is to protect man’s rights.” Ayn Rand

“Freedom is just another word for nothing left to lose!” Robert Parker

“I believe in Christianity as I believe that the Sun has risen, not only because I see it but because by it, I see everything else.”—C. S. Lewis