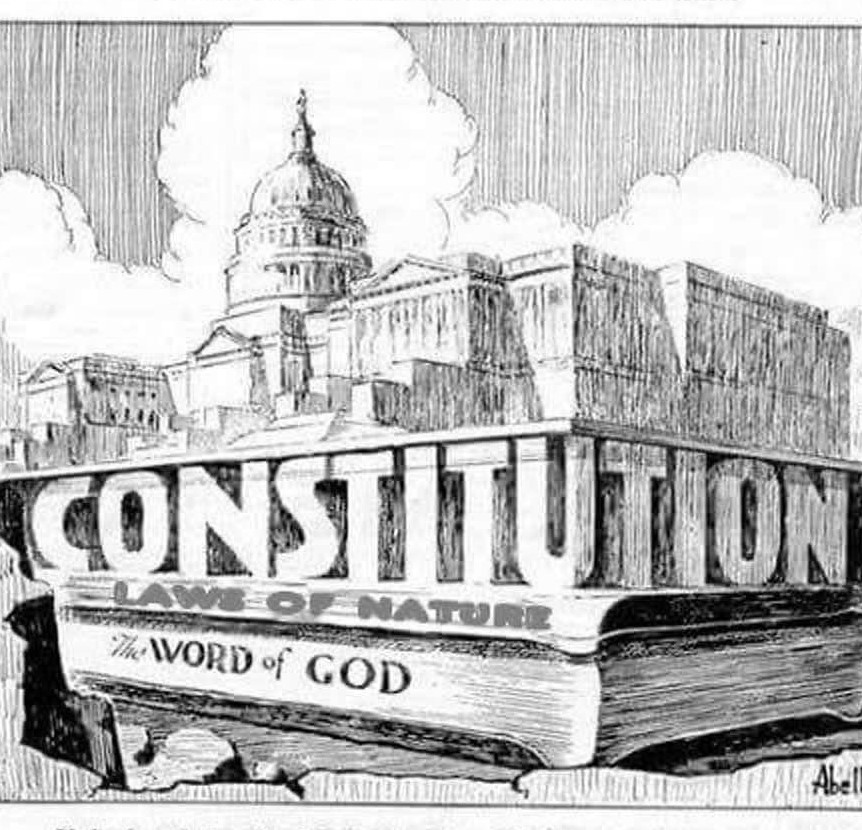 Why Have a Constitution If You Just Ignore It?

In two recent columns, I wrote about the danger of public officials who are either unaware of the restrictions placed upon them by the Constitution they have sworn to uphold or, worse, just don’t give a damn.

In the first, I chided President Biden for his sworn intent to pass a law that would “codify Roe v. Wade into law,” namely to pass a federal law that offers protection for abortion nationwide.

In the second, I lambasted Sen. Lindsey Graham of South Carolina for proposing a bill that would ban abortion after 15 weeks gestation, the point when unborn children are believed to be able to feel pain. So that raises the obvious question: Why have a Constitution if you are just going to ignore it?

Democrat Biden and Republican Graham together offer a bipartisan illustration of why our country is dangerously off track. With the implicit permission of the Supreme Court, our elected officials have not just bounced up against the guardrails enshrined in the Constitution, they have flattened them and are driving the republic off a cliff.

It doesn’t matter which side of the abortion issue you are on; we should all be able to agree that in a constitutional republic, lawmakers and presidents cannot just do whatever they want. And there is absolutely no doubt that the U.S. Constitution does not give Congress the power to regulate medical procedures, whether it be an abortion or an appendectomy.

That’s just the starting point. Anyone who bothers to read the Constitution knows that Congress was designed to exert limited authority over Americans’ everyday lives. Read Article I, Section 8 if you don’t believe me. You won’t find anything about vaccines or masks, and the whole idea of presidents ordering citizens to do anything is laughable. Article II, Section 2, which spells out most of the powers of the president, is remarkably brief, and the powers are few. Commander in chief? Check. Negotiator of treaties? Check. Nominator of ambassadors and judges? Check. But from where exactly does the president derive the power to forgive student loans? Or order landlords to stop collecting rent?

Maybe this runaway tyrannical democracy could have been avoided if we still taught civics in our elementary and secondary schools. But at this point there is little to be done. We can’t force members of Congress to read the Constitution, let alone understand it. We can’t stop presidents from legislating with their phone and their pen, as President Obama famously called his ability to unilaterally shape America to his wishes through executive order. And we are decades past the point where we could expect courts to rein in the excesses of the other two branches.

That leaves only one solution, the same one that gave us a republic in the first place – “We the People.” It is time for the true sovereigns to take back their power and put the guardrails back in place. The Constitution needs to be restored to its original purpose as a mechanism to limit government power, and there is only one practical way to accomplish that. It’s called an Article V convention of states.

Article V of the Constitution provides that “The Congress, whenever two thirds of both Houses shall deem it necessary, shall propose Amendments to this Constitution, or, on the Application of the Legislatures of two thirds of the several States, shall call a Convention for proposing Amendments, which, in either Case, shall be valid to all Intents and Purposes, as Part of this Constitution, when ratified by the Legislatures of three fourths of the several States…” [Emphasis added.]

Critics like to point out that there has never been a convention of states, as if that is justification for never having one. But we should ask ourselves why, if it is not a vital part of the engine of self-government, the provision was included by the Founders at all. The answer is found in the records of the 1787 Constitutional Convention, which for a while intended only to give Congress the ability to propose amendments. It was thanks to the persistence of Virginia delegate George Mason that the Constitution ultimately also gave the states a path to proposing amendments.

As described in a 2007 article in the Harvard Journal of Law and Public Policy, “On September 15 [1787], as the Convention was reviewing the revisions made by the Committee of Style, George Mason expressed opposition to the provisions limiting the power to propose amendments to Congress. According to the Convention records, Mason thought that ‘no Amendment of the proper kind would ever be obtained by the people, if the Government should become oppressive, as he verily believed would be the case.’”

Mason has been proven prophetic in his expectation that the government would inevitably become oppressive, and so now we live in a time when it is inconceivable that any branch of the federal government would willingly surrender any of its own power for the good of “we the people.” Instead, it is time for the people to rise up and use the tool George Mason entrusted to them, not to overthrow the Constitution but to restore it.

This is not a pipe dream. According to the Convention of States organization, 19 state legislatures have already applied to Congress for a convention to be held. That’s well on the way to the 34 needed. More than a dozen other states are actively considering such legislation. 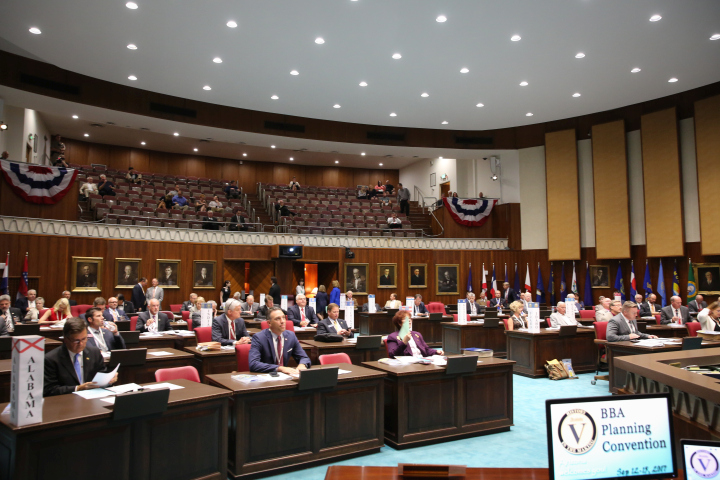 Fears of a runaway convention are comical at best and hysterical at worst. It doesn’t matter how many amendments such a convention proposed. They would each have to be ratified by three fourths of the 50 states, which means 38 states would have to agree to the new rules. That is a safeguard that would not allow any merely partisan proposal to succeed, and if 38 states did agree on anything, then in the spirit of self-government that proposal should be welcomed as an expression of the will of the people.

In any case, most supporters of a convention see its purpose as reining in the runaway federal government, not imposing new restrictions on citizens. We already have Congress to do that.

The Convention of States organization proposes a convention “restricted to proposing amendments that will impose fiscal restraints on the federal government, limit its power and jurisdiction, and impose term limits on its officials and members of Congress.” Most Americans would be solidly behind such a move.

How much the convention would accomplish is of course uncertain, but it is well past time for “we the people” to provide the corrective action that the framers envisioned.

Nearly 10 years ago, I proposed a Restoration Amendment that would lay out the legal framework for putting power back in the hands of the states and the people. Article 1 of that amendment stated, “If a power is not expressly granted to the combined federal government of these United States by this Constitution, then that power cannot be exercised, acquired, or enumerated without specific amendment to this document.”

That would even force constitutional scofflaws like Lindsey Graham and Joe Biden to sit up and take notice.

Frank Miele, the retired editor of the Daily Inter Lake in Kalispell Mont., is a columnist for RealClearPolitics. His new book, “What Matters Most: God, Country, Family and Friends,” is available from his Amazon author page. Visit him at HeartlandDiaryUSA.com or follow him on Facebook @HeartlandDiaryUSA or on Twitter or Gettr @HeartlandDiary.