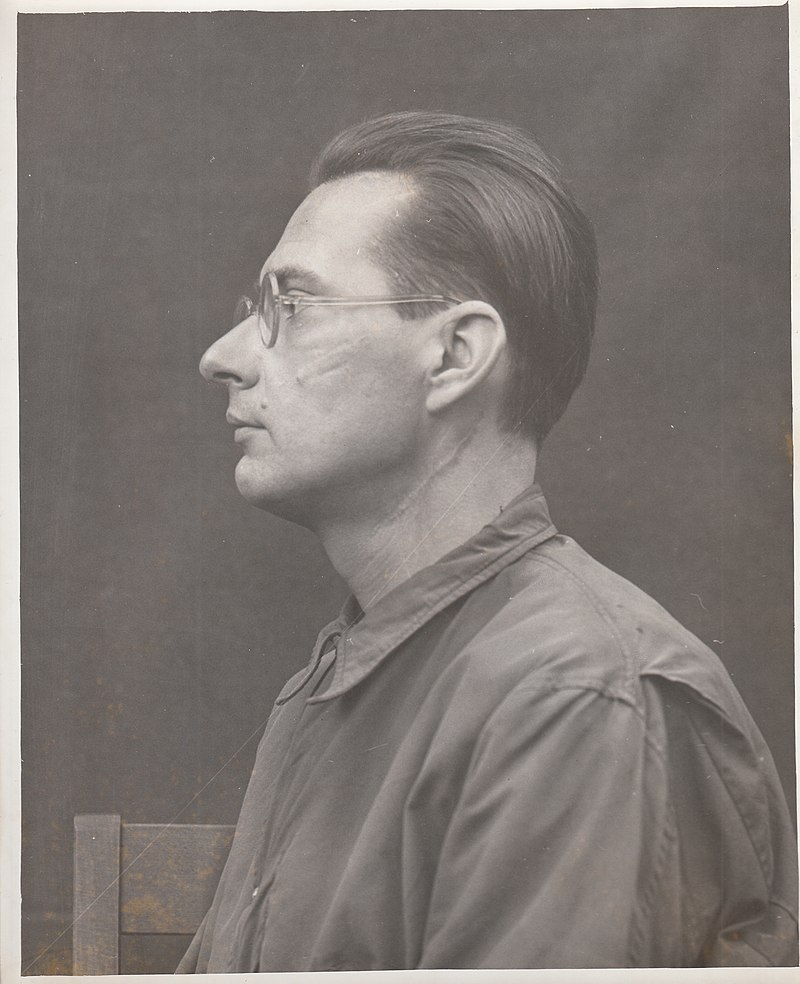 Rudolf Brandt, the defendant in the U.S. military trial that resulted in the Nuremberg Code.

I’m writing this in early August of 2022. My colleague Vera Sharav recently informed me that this month is the 75th anniversary of the publication of the Nuremberg Code. I went to Google and typed in the search phrase “Nuremberg Code 75th Anniversary” and up came…nothing.

By way of comparison, I searched another anniversary this year, the 70th anniversary of the role Elizabeth Alexandra Mary Windsor is playing as Queen Elizabeth, and up came, in Google’s words, “about 26,500,000 results.”

If you’re someone interested enough in the Code to have acquired this book, I imagine you are too.

Some may consider the Nuremberg Code to be a technical document of interest to specialists only – I’ll address that in a moment – but if that’s the case, where are the specialists?

There is a field called “medical ethics.”

People in this field are called “medical ethicists” and they are employed by colleges, universities, government offices, health agencies, private practices, and health care facilities. They also work for pharmaceutical companies.

As of 2022, there are thirty-six colleges in the U.S. that offer degrees in Bioethics/Medical Ethics.

In the United States, the profession has its own association, the American Society for Bioethics and Humanities (ASBH) with nearly 1,800 members.

A search of the association’s website yielded no results for “Nuremberg Code 75th Anniversary.” However, five years ago in 2017, which I think all will agree was a different political climate, “Nuremberg Code 70th Anniversary” did yield a result. It was the topic of the keynote for the ASBH’s annual convention.

I searched the websites of the ten universities listed above, who are the academic leaders of the study of medical ethics, and Google returned zero results. Two years ago, many of these same universities did note the 75th anniversary of the start of the Nuremberg Trials, so they are aware of the calendar and are capable of organizing events to mark important anniversaries.

I then reached out to the public relations departments of the FDA (15,100 employees), CDC (10,899 employees), and NIH (20,262 employees) to see if they have any events or press announcements on the anniversary scheduled. The CDC maintains a 200,000 square foot Global Communications and Training Center in Atlanta, where they employ dozens of full time employees to churn out press releases and audio visual programs – so I made a special point to contact them. I also reached out to Christine Grady’s office. Grady is Head of the Department of Bioethics at NIH and the wife of Dr. Anthony Fauci. I thought that given NIH’s substantial annual investment in public relations, and her family’s obvious commitment to public dialogue, the NIH might be doing something.

It turns out that no one I communicated with at any of these institutions could point me to a single document or event that recognizes the significance of this year.

I do note that on April 28, 2022 New York College of Medicine and Touro University did co-sponsor a symposium on the 75th Anniversary of the Nuremberg Doctors’ Trial which included some discussion of the Code which emanated from it, but this is literally the only event, talk, paper, article, news item, or panel discussion I could find anywhere on the Internet where this anniversary is mentioned, and even here it was mentioned only indirectly as a side issue.

You would think that one of the academic programs that trains medical ethicists or one of the large federal bureaucracies that employs them (FDA, CDC, NIH) might have found the time to dedicate some of its bandwidth to drawing attention to the Code and its importance, but as my research shows this has not been the case.

In fairness, they’ve probably been busy wrestling with pressing contemporary medical ethics issues – like employers requiring employees, who have natural immunity to a disease, to expose themselves to the risk of receiving repeated vaccinations against that disease as a condition of their continued employment. You can search the websites of the medical ethics programs at these institutions to see the level of resources they’ve applied to issues like this.

Based on the evidence above, I believe it’s fair to say that for whatever reason the professional medical ethics community does not find the 75th anniversary of the Nuremberg Code terribly interesting.

If the professionals who draw salaries and consume tax dollars in pursuit of medical ethics are not interested, then why should we be?

A fair question – and the answer is in the Code itself.

Drafted at the conclusion of a series of trials of Nazi doctors who’d been charged of crimes – like murder and falsifying death certificates on behalf of their employer, the German government – the Nuremberg Code was the 20th century’s most important and most high profile attempt to articulate specific ethical guidelines to protect patients from systematic abuse by doctors, health care practitioners, and medical systems.

The Code was drafted in response to the horror of an entire country’s medical system being politicized, and “science” being used to justify mass crimes against humanity in which physicians played a key role. After the Nazi government’s imposition of the Nuremberg Race Laws in 1935, Jewish doctors and medical professors were removed from their posts and replaced with card-carrying Nazi party members. In fact, according to Robert Jay Lifton’s book “The Nazi Doctors,” no profession had a higher percentage of Nazi party members than the medical profession.

Until the publication of the book you now hold in your hand, it was impossible to buy a book or download an eBook that was produced specifically for the purpose of making sure every human being has the opportunity to hold this important document in their own hands.

We are currently working on a second book with the provisional title: “The Nuremberg Code and Its Modern Enemies” where we will explore potential reasons why the 75th anniversary of the Code was almost universally ignored by the medical ethics profession, and why, starting in 2020, attempts to undermine the Code’s authority have become a cottage industry for literally dozens of writers.

The voluntary consent of the human subject is absolutely essential. This means that the person involved should have legal capacity to give consent; should be so situated as to be able to exercise free power of choice, without the intervention of any element of force, fraud, deceit, duress, overreaching, or other ulterior form of constraint or coercion; and should have sufficient knowledge and comprehension of the elements of the subject matter involved, as to enable him to make an understanding and enlightened decision. This latter element requires that, before the acceptance of an affirmative decision by the experimental subject, there should be made known to him the nature, duration, and purpose of the experiment; the method and means by which it is to be conducted; all inconveniences and hazards reasonably to be expected; and the effects upon his health or person, which may possibly come from his participation in the experiment. The duty and responsibility for ascertaining the quality of the consent rests upon each individual who initiates, directs or engages in the experiment. It is a personal duty and responsibility which may not be delegated to another with impunity.

The experiment should be such as to yield fruitful results for the good of society, unprocurable by other methods or means of study, and not random and unnecessary in nature.

The experiment should be so designed and based on the results of animal experimentation and a knowledge of the natural history of the disease or other problem under study, that the anticipated results will justify the performance of the experiment.

The experiment should be so conducted as to avoid all unnecessary physical and mental suffering and injury.

No experiment should be conducted, where there is an a priori reason to believe that death or disabling injury will occur; except, perhaps, in those experiments where the experimental physicians also serve as subjects.

The degree of risk to be taken should never exceed that determined by the humanitarian importance of the problem to be solved by the experiment.

Proper preparations should be made and adequate facilities provided to protect the experimental subject against even remote possibilities of injury, disability, or death.

During the course of the experiment, the scientist in charge must be prepared to terminate the experiment at any stage, if he has probable cause to believe, in the exercise of the good faith, superior skill, and careful judgement required of him, that a continuation of the experiment is likely to result in injury, disability, or death to the experimental subject.