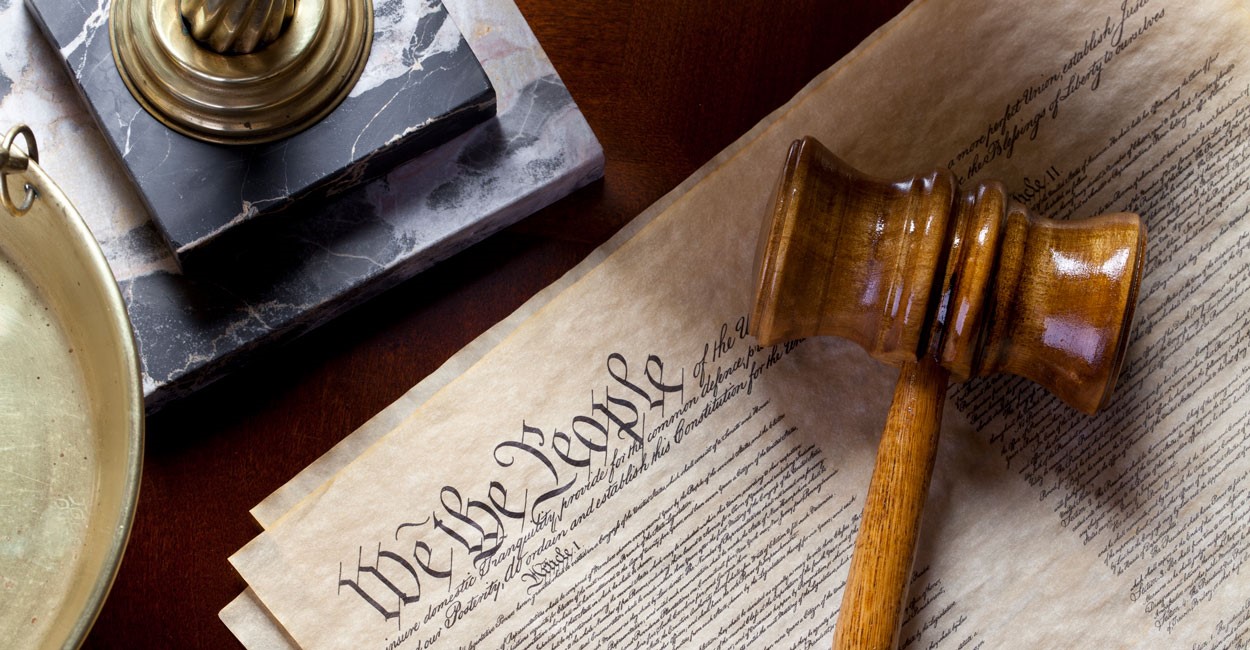 President Joe Biden recently reaffirmed his long-standing position that the Constitution’s Ninth Amendment protects abortion, and he wants the courts to start enforcing that provision.

They’re all wrong. Their errors derive from not understanding the Ninth Amendment’s background and unfamiliarity with an intervening change in the English language.

The Ninth Amendment reads as follows:

“The enumeration in the Constitution, of certain rights, shall not be construed to deny or disparage others retained by the people.”

Before I explain how we get to that colloquial version, observe three things:

The Constitution grants many powers to the federal government and to its officials and agencies. The best-known list of powers is in Article I, Section 8, but there are many more scattered throughout the document.

Here’s an illustration from the Constitution: Congress is entrusted with power to “regulate Commerce … among the several States.” Founding-era records tell us that “Commerce” doesn’t refer to the entire economy, but only to mercantile trade and a few associated activities. Manufacturing, real estate, and agriculture are all excluded (pdf). Also, the phrase “among the several States” tells us that the grant excludes commerce wholly within a single state. Again, the words define the limits.

Most of the Constitution’s framers viewed these limits as the document’s primary protection for liberty. But they also added a few broad exceptions. For example, they punched a hole in Congress’s authority to regulate commerce and impose taxes by stating that Congress couldn’t favor some naval ports over others (Article I, Section 9, Clause 6).

On Sept. 17, 1787, the framers revealed their proposed Constitution to the general public. Objections came in from far and wide. A common theme was that the Constitution would give too much authority to the central government.

Critics—Patrick Henry among them—demanded additional exceptions to federal authority. They wanted exceptions to protect natural rights, such as freedom of speech and freedom of religion. They also wanted protections for long-treasured “privileges” (benefits created by government), such as trial by jury and the privilege against self-incrimination.

These critics pointed out that several state constitutions contained similar lists of exceptions. Those lists were called “bills of rights and privileges”—or (for short) “bills of rights.”

The Constitution’s Supporters: ‘A Bill of Rights Could Be Dangerous!’

Most of the Constitution’s supporters didn’t think a bill of rights was necessary. They thought the limits in the enumerated powers provided enough protection. They also argued that adding a list of exceptions could be dangerous. Their reason derived from two standard guidelines that courts and lawyers use for interpreting legal documents.

The first of these guidelines is that if an item is omitted from a list, normally you can assume the omission is intentional and the item, therefore, is excluded. By way of illustration, imagine your spouse sends you to the store with a shopping list. It reads:

The words suggest a limit: Barring a family custom to the contrary, you don’t have to buy meat.

The second guideline is a variation on the first. It, too, applies to lists—specifically lists of exceptions. It says that exceptions increase your confidence in the general rule. Suppose the list reads:

Lettuce, but not romaine or leaf lettuce

The exceptions for romaine and leaf lettuce increase your confidence that you may buy any other type of lettuce. In common language, “The exception proves the rule.”

The Constitution’s supporters—James Madison among them—pointed out that a long list of exceptions to the authority of the federal government (i.e., a bill of rights) might promote the idea that the federal government could regulate everything not on that list. For example, a specific ban on controlling the press might encourage courts to expand Congress’s powers to encompass control over businesses other than the press. A government lawyer could argue that the addition of the bill of rights actually expanded Congress’s authority elsewhere.

Working to Avert the Danger

To get the Constitution ratified, however, its sponsors had to promise a bill of rights. They then faced the question of how to add a bill of rights while still emphasizing the importance of the document’s other limits on power?

A suggestion came from the Virginia ratifying convention, which had witnessed the debate between critics such as Henry and supporters like Madison.

The convention formally resolved that “those clauses which declare that Congress shall not exercise certain powers, be not interpreted, in any manner whatsoever, to extend the powers of Congress; but that they be construed either as making exceptions to the specified powers where this shall be the case, or otherwise, as inserted merely for greater caution.”

Observe that word, “construed:” The purpose of this suggestion was not to change the Constitution’s meaning, but how it should be “construed.”

On June 8, 1789, Madison introduced his proposed bill of rights in the new federal Congress. It featured this passage:

“The exceptions here or elsewhere in the constitution, made in favor of particular rights, shall not be so construed as to diminish the just importance of other rights retained by the people; or as to enlarge the powers delegated by the constitution; but either as actual limitations of such powers, or as inserted merely for greater caution.”

The Change in the English Language

Notice that unlike the five state resolutions, Madison’s draft mentioned “rights” as well as “powers.” Was that significant? Not really. Madison, like the rest of us, sometimes repeated himself, and that’s what he did here.

Today, we usually distinguish between “rights” (held by people) and “powers” (held by agents and governments). But in the 18th century, the two words commonly were interchangeable. Thus, the definition of “right” in Thomas Sheridan’s 1789 dictionary included “interest; power, prerogative; immunity, privilege.” People often spoke of giving “rights” to government. Our own language retains traces of this usage, as when we say, “The president has the right to veto a law”—that is, the power to veto a law.

Congress condensed and cleaned up Madison’s draft. It cured the redundancy by keeping “rights” and striking “powers.” It could have struck “rights” and kept “powers” with the same effect.

Besides 18th-century English usage, there’s further evidence that the final language referring to “rights” meant the same thing as the state convention resolutions referring to “powers.”

First, Madison himself said so. When Edmund Randolph opposed the Ninth Amendment because it referred to “rights” instead of “powers,” Madison wrote that he could “see not the force of this distinction,” and that restricting powers and protecting rights amounted to the same thing. Second, none of the states that had proposed the “powers” resolutions objected to the wording of the Ninth Amendment; on the contrary, all of them ratified it.

Disregard of the Ninth Amendment

Historically, constitutional amendments have been powerful tools of reform. Other than the 18th (formally repealed), every amendment ever adopted retains at least some effect today. Except for the Ninth.

The fears of those opposing a bill of rights came true. Beginning in the 1930s and 1940s, the Supreme Court disregarded the Ninth Amendment and expanded the federal government’s enumerated powers to cover almost all activity not specifically protected in the first eight amendments. (See my Epoch Times series, “How the Supreme Court Rewrote the Constitution.”)

Biden is correct that the court should restore the Ninth Amendment. Enforcing it wouldn’t protect abortion, as he claims; rather, it would reduce the federal government to its constitutional limits. I don’t think the president would much care for that.

Robert G. Natelson, a former constitutional law professor who is senior fellow in constitutional jurisprudence at the Independence Institute in Denver, authored “The Original Constitution: What It Actually Said and Meant” (3rd ed., 2015). That book contains a wider discussion of the Ninth Amendment.