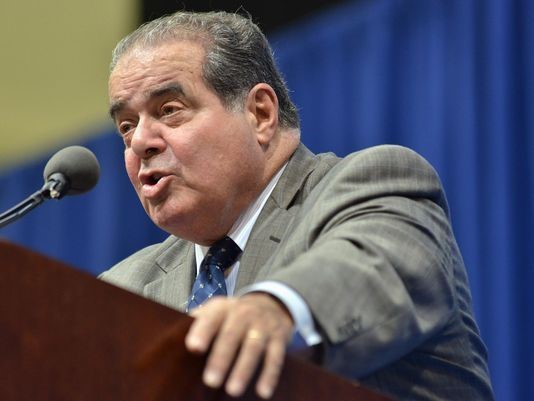 By Stuart MacPhail – April 2021
Below are direct quotes from Scalia during a May 1979 forum on the topic, sponsored by the American Enterprise Institute, when he was still a law professor at the University of Chicago.
“I do not have a lack of trust in the American people. I am the one here who is least terrified of a convention.”
AND
“The one remedy specifically provided for in the Constitution is the amendment process that bypasses Congress. I would like to see that amendment process used just once. I do not much care what it is used for the first time, but using it once will exert an enormous influence on both the Congress and the Supreme Court. It will establish the parameters of what can be done and how, and after that the Congress and the Court will behave much better.”
AND
“When I say I do not much care what it is about, I mean that among various respectable issues
for a constitutional convention, I am relatively neutral as to which goes first. The process should be used for some significant issue that concerns the American people, but which issue is chosen is relatively unimportant. I would not want a convention for some silly purpose, of course. But I think there are many serious purposes around, many matters that profoundly concern the American people and about which they do not now have a voice. I really want to see the process used responsibly on a serious issue so … we can learn how to use the process responsibly in the future.”
AND
“The founders inserted this alternative method of obtaining constitutional amendments because they knew the Congress would be unwilling to give attention to many issues the people are concerned with, particularly those involving restrictions on the federal government’s own power. The founders foresaw that and they provided the convention as a remedy. If the only way to get that convention is to take this minimal risk, then it is a reasonable one.”
AND
“I have talked about the need for a convention because somehow the federal legislature has gotten out of our control, and there is nothing we can do about it. One can say the same thing about the federal judiciary. And that is one reason I am willing to take the chance in having a convention despite some doubts that now exist.”
AND
“The Congress knows that the people want more fiscal responsibility, but it is unwilling to oblige it. A means comparable to Proposition 13 is needed at the federal level. The Constitution has provided it.  If the only way to clarify the law, if the only way to remove us from utter bondage to the Congress, is to take what I think to be a minimal risk on this limited convention, then let’s take it.”
AND
“But what is the alternative? The alternative is continuing with a system that provides no means of obtaining a constitutional amendment, except through the kindness of the Congress, which has demonstrated that it will not propose amendments-no matter how generally desired–of certain types.”

The above quotes were from a forum hosted by the American Enterprise Institute
when he was one of four legal scholars, on May 23, 1979,  just seven years before
President Ronald Reagan appointed Scalia to the Supreme Court.
His comments during the forum make it absolutely clear that he DID NOT oppose
the use of an Article V convention to propose constitutional amendments.
Read the entire transcript of that forum HERE.