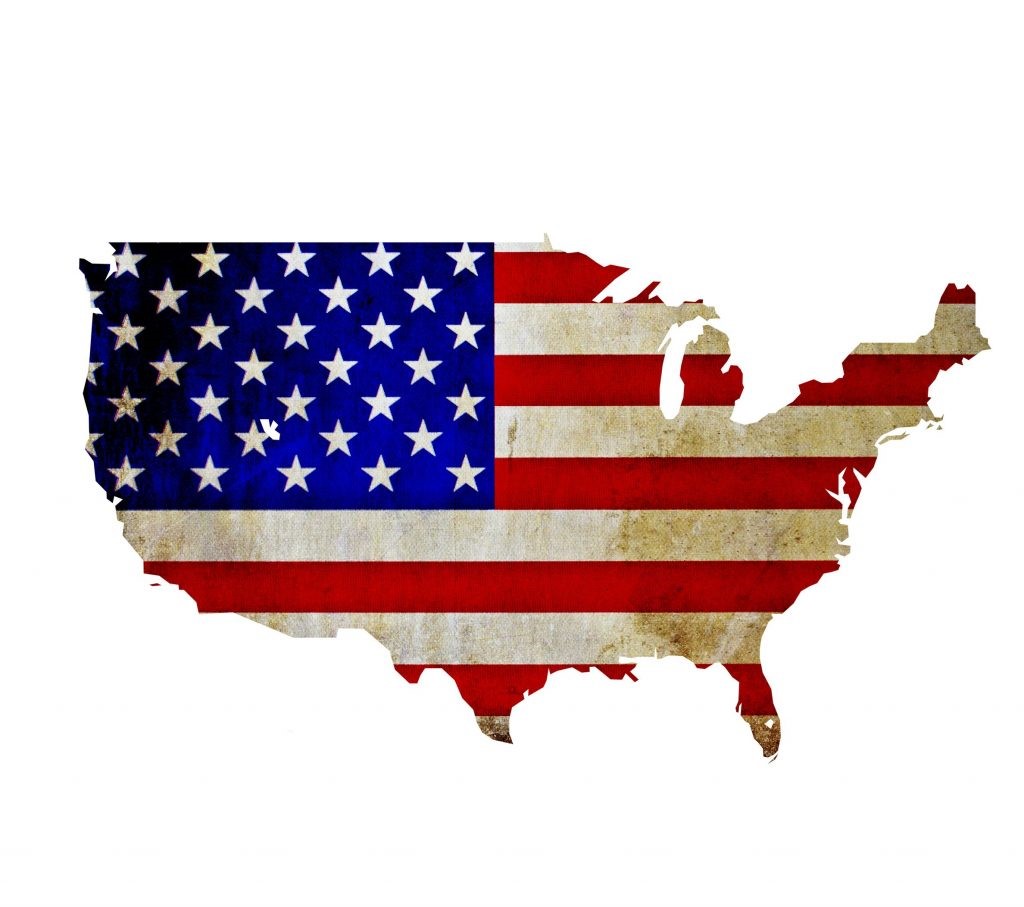 Don’t Be Fooled! Don’t Let Them Divert Us From Ensuring Electoral Integrity! Part I

Scroll down to Part 2

The public furor over the illegal Capitol break-in is a diversion. Don’t let it stop us from planning and implementing our agenda for the immediate future.

I’ve been in and around politics for over 50 years. I know a diversion when I see one. Those trying to turn the Capitol incident into an impeachment know there’s no time, or grounds, for impeachment. They also know that President Donald Trump didn’t incite illegal behavior. Anyone can see that by reading his allegedly objectionable words. (I have reproduced them at the end, courtesy of Snopes, a left-leaning website.)

The goals of this diversion apparently are to (1) move public attention away from election irregularities and the legitimacy of the Biden presidency, (2) forestall honest investigation into those irregularities, and (3) prevent corrective action.

But we mustn’t be diverted. This is the first essay in a five-part series laying out a two-year agenda for concerned Americans. If adopted, these changes will reduce greatly many of the problems that bedeviled the 2020 election. They also will begin to ameliorate dysfunctions and divisions in our political system.

This agenda focuses on state legislatures. There’s no hope of making much progress at the federal level, where the system—and perhaps the elections themselves—has been corrupted. In Washington, the power and incentives are stacked against the responsible and productive Americans who make up our country’s backbone. In the federal political game, we always have to start on our own two-yard line and run the football uphill. The other side starts on our 20 and runs downhill. The referee (i.e., the mainstream media) calls every real or imaged penalty against our side and rarely calls one on the opposition.

That’s why fiscally conservative Americans have not been very successful at the federal level. It’s why, other than Ronald Reagan, there hasn’t been a consistently conservative president for nearly a century. (Trump was conservative on some issues, but liberal fiscally.)

In most states (sorry, California!), the playing field is very different than at the federal level. Moreover, in the 2020 election, while Trump was purportedly losing, at the state level conservatives were gaining. Republicans (admittedly, not all of whom are conservative) now control both legislative chambers and the governorship in 23 states. In at least seven more, they control both houses of the legislature without the governorship.

And while it’s not widely known, state legislatures are near the heart of our constitutional system. They have power to force changes in federal operations—in some cases, even without the consent of their governors.

What follows are the four agenda items. The succeeding essays in this series will elaborate on each.

Item 2: Reform state election laws. After the 2020 election, the need for this is evident. The details to be addressed vary from state to state. However, it’s clear that the promiscuous use of mail-in ballots is dysfunctional, as well as unconstitutional. That being said, it’s clear that election law change can’t cure all corruption. That’s the reason for Item 3.

Item 3: This applies in states with histories of big-city or university town-vote corruption. These include six swing states with Republican legislatures: Arizona, Georgia, Michigan, North Carolina, Pennsylvania, and Wisconsin. Their legislatures should adopt resolutions whereby those states’ presidential electors are chosen by congressional district rather than at large. Two states—Maine and Nebraska—do this already, and the Supreme Court has upheld that approach. The consent of the governor isn’t necessary. This reform would effectively cage local corruption to a few congressional districts rather than allow it to infect the presidential election in the entire state.

Item 4: Persuade as many state legislatures as possible to endorse the “Convention of States” application for constitutional amendments. These amendments would impose federal term limits and restrain federal power. Over the long term, this is the most important of the four agenda items.

Certain problems in our current system of governance are acknowledged across the political spectrum: severe division among citizens; enormous special interest influence; poorly functioning, and sometimes abusive, government; excessive centralization; and an oligarchy (whether you call it the “deep state” or the “military industrial complex”) not subject to popular control. Only a convention of states—or, in the Constitution’s phrase, a “convention for proposing amendments”—would have both the will and power to propose constitutional reforms to address those problems. Only the state legislatures can ensure a convention is called.

Each of those four goals is achievable on a playing field where productive Americans, rather than so-called “progressive” interests, have the advantage. And each is a relatively small change with big potential effects.

Postscript: As promised, here are the actual words in President Donald Trump’s speech. Where’s the incitement to violence?

Robert G. Natelson, a former constitutional law professor, is a senior fellow in constitutional jurisprudence at the Independence Institute in Denver, and a senior adviser to the Convention of States movement. His research articles on the Constitution’s meaning have been cited repeatedly by justices and parties in the Supreme Court. He is the author of “The Original Constitution: What It Actually Said and Meant.”

This is the second essay in a five-part series.

Rep. Bennie Thompson (D-Miss.) chairs the House Homeland Security Committee. He disagreed with Senators Ted Cruz (R-Texas) and Josh Hawley (R-Mo.) when they asked for an investigation to ensure that certified slates of presidential electors were, in fact, those chosen by the people. So Thompson wants the government to punish them.

He suggests Cruz and Hawley be placed on the U.S. Department of Homeland Security’s “no fly” list. Ground them!

Thompson’s suggestion is akin to that of an intolerant bully. But it also showed that he’s ignorant of the fundamentals of his job. His remark, like many others issued by federal officials, should tell us this: Stop relying so much on the federal government and start telling state lawmakers to resume their constitutional duties.

This is the second essay in a five-part series explaining a simple agenda for ensuring election integrity and for taking our country back from arrogant and ignorant federal officials.

Thompson has been a member of Congress for 28 years. Yet he apparently is unaware of a portion of the Constitution central to protecting both himself as a member and Congress as an institution. That portion is called the Speech and Debate Clause (Article I, Section 6, Clause 1). It says that “for any Speech or Debate in either House,” members of Congress “shall not be questioned in any other Place.”

Its principal purpose is to shield members of Congress from executive branch retaliation—such as being slapped on a no-fly list.

The Speech and Debate Clause was the product of sad historical experience. Prior to our Founding, the English Crown repeatedly tried to crush opposition in Parliament by punishing its members. For example, in 1576, Queen Elizabeth I confined Peter Wentworth to the Tower of London because he argued on the floor of the House of Commons that the Queen was a trustee for her people. In 1642, Charles I helped bring on the English Civil War by storming into the House, seeking to seize members who had displeased him.

The Speech and Debate Clause prevents that sort of thing from happening to Congress. It obviously is crucial to the preservation of Congress as an independent entity.

Thompson is only the latest in a series of key federal officeholders shown to be clueless about the most basic facts of our political system. Joe Biden—longtime chairman of the Senate Judiciary Committee—recently claimed that for a president to nominate a Supreme Court justice during election season was somehow “unconstitutional.” Sen. Brian Schatz (D-Hawaii) confused a reference to the English origins of our legal system with a racist dog whistle. Rep. John Conyers (D-Mich.)—who headed the House Judiciary Committee for the lifetime of Methuselah—thought the Constitution contained a mysterious “Good and Welfare Clause.” The list goes on.

Now, if these characters don’t understand even the fundamentals of their jobs, how can we expect them to know enough to govern health care? Or education? Or the environment? Or defense, commerce, or any of the other activities they purport to regulate?

Here are the principal jobs the Constitution assigned to state lawmakers:

State legislatures may exercise several of these important responsibilities—including choice of electors and their constitutional amendment powers—without their governor’s consent.

Over the years, I’ve found that most state lawmakers generally understand their responsibilities under the state constitutions. But I’ve found that many are unaware of the scope of their duties under the U.S. Constitution. We saw this after the 2020 presidential election: When evidence of vote-counting hijinks surfaced in several states, many lawmakers were caught flatfooted.

In some ways, it’s hard to blame them. Special interests have flooded state lawmakers with disinformation for years—disinformation designed to prevent them from doing their jobs. This is particularly true with respect to legislatures’ constitutional amendment powers. And one reason lawmakers were slow to resolve the 2020 election mess was that people who should know better were telling lawmakers that they couldn’t act without the governor.

If we are to assure electoral integrity and other progress, we must educate state lawmakers about their responsibilities under the U.S. Constitution.

Send them this article and others on the same topic. Look for my forthcoming survey in the University of Pennsylvania Journal of Constitutional Law about the duties the Constitution assigns to non-federal officials, including state lawmakers.

Check out the website of the American Legislative Exchange Council (ALEC). If your state lawmaker is not active in ALEC, encourage him or her to become involved.

Tell lawmakers about the Article V Information Center, which explains the role of state lawmakers in the amendment process. Tell them about the Convention of States movement.

Remember: A first step to election integrity and taking back our country is making sure state lawmakers know what their constitutional responsibilities are.

Robert G. Natelson, a former constitutional law professor, is a senior fellow in constitutional jurisprudence at the Independence Institute in Denver, and a senior adviser to the Convention of States movement. His research articles on the Constitution’s meaning have been cited repeatedly by justices and parties in the Supreme Court. He is the author of “The Original Constitution: What It Actually Said and Meant.”