Origins of the State

Origins of the State 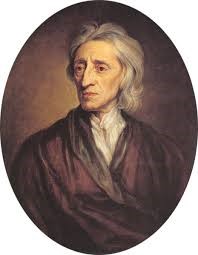 The Iron Law of Kleptocracy

Locke vs. Oppenheimer: Two Origin Stories of the State

To develop his theory of government, John Locke posited an origin story of the state. He explained legitimate government as the result of a voluntary agreement, or contract, among individuals to obey commonly observed laws created and enforced by a common government. The purpose of this agreement is to preserve property rights (over one’s body and possessions) by protecting them from plunder.

According to Locke, tyranny is a corruption of government: an abuse of power and law. Frederic Bastiat agreed and wrote of law being “perverted” and used, not for the protection of property against plunder, but for the perpetration of plunder against property. He called this “legal plunder.”

This view of government and tyranny was shared by such great thinkers as Ludwig von Mises, Ayn Rand, and Leonard Read. It is the view adopted by most “minarchist” libertarians who favor a minimal state focused exclusively (or almost exclusively) on securing rights.

“Anarchist” libertarians (or “anarcho-capitalists”) have an different view of the state: one that is informed by an alternate origin story, according to which the state orginated not by agreement but by aggression, not by contract but by conquest.

This origin story was developed by the English philosopher Herbert Spencer—who wrote that “Government is begotten of aggression and by aggression”—and the German sociologist Franz Oppenheimer whose 1908 book Der Staat (“The State”) elaborated and supported his “conquest theory of state formation.”

“The state, completely in its genesis, essentially and almost completely during the first stages of its existence, is a social institution, forced by a victorious group of men on a defeated group, with the sole purpose of regulating the dominion of the victorious group over the vanquished, and securing itself against revolt from within and attacks from abroad. Teleologically, this dominion had no other purpose than the economic exploitation of the vanquished by the victors.

No primitive state known to history originated in any other manner. (…)

The little history learned in our school days suffices to prove this generic doctrine. Everywhere we find some warlike tribe of wild men breaking through the boundaries of some less-warlike people, settling down as nobility and founding its state.”

“…it begins to dawn on the consciousness of the wild herdsman that a murdered peasant can no longer plow, and that a fruit tree hacked down will no longer bear. In his own interest, then, wherever it is possible, he lets the peasant live and the tree stand.”

The conquerors may also protect the plundered from rival plunderers (whether foreign or domestic), but this too is for the sake of maximizing their own plunder. Ultimately a shepherd protects his sheep from wolves, not for the sake of the sheep, but for the sake of his own supply of wool and mutton.

But the plunderer will find it useful to mislead the plundered to think otherwise. A victim will be more docile and cooperative if he thinks his victimization is for his own good.

This is how plunder evolves into tribute and taxes, slavery evolves into “the duties of the citizen,” and plunderers evolve into potentates, princes, and politicians.

Thus according to this alternate origin story, the state is not a protector-turned-plunderer, but the opposite. The state does not tax so it can protect, it protects (selectively, grandiosely, and ineptly) so it can tax. The state is a wolf in sheep-dog’s clothing. Manifest tyranny is not the state corrupted, but the state unmasked. And legal plunder is not a bug, but the main feature: not a perversion of the state but its raison d’etre. We may call this the Iron Law of Kleptocracy.

These opposing perspectives raise, not just a historical question, but a theoretical one. What predominatant incentives are generated by the institution of the state?

Are minarchists correct to claim that the state predominantly incentivizes protection, with plunder occurring only when things go awry?

Or are anarcho-capitalists correct to claim that the state predominantly incentivizes plunder, with protection as only a cover story and a means to the end of plunder?

This question is fundamental. Answering it first will inform our answers to subordinate questions in the debate over the state.