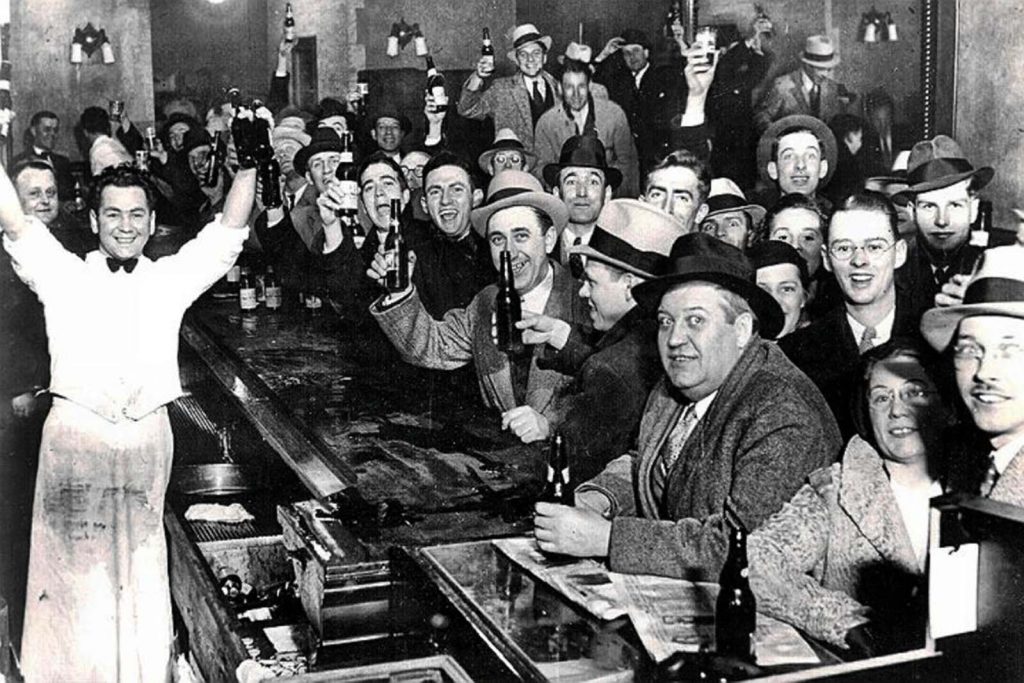 [Editor: 36 of 48 states were required ratify repeal of Prohibition of which 43 legislatures agreed to call conventions and 39 met to repeal prohibition. Nothing else happened—no runaway]

The beginning of the end for Prohibition (a.k.a. National Beer Day!)

On this day in 1933, Americans are finally allowed to drink beer again! Well, sort of. Prohibition was still technically in effect, but Congress was working to ease the pain a bit.

Indeed, some parts of the country celebrate this day as National Beer Day.

Prohibition was then entering its 14th year. Since January 1920, the 18th Amendment had prohibited the “manufacture, sale, or transportation of intoxicating liquors” within the United States. Herbert Hoover would describe Prohibition as a “great social and economic experiment,” but many Americans had supported the amendment without really knowing what they were getting: They thought it would ban only hard liquor, not wine and beer.

You can imagine their surprise when pretty much everything was banned.

Needless to say, the Prohibition experiment failed. Liquor sales didn’t go away. They were still made, but on the black market. People who used to drink beer began drinking easier-to-smuggle hard liquor. Crime increased. And, of course, tax revenues were lost.

Prohibition unraveled quickly after the presidential election of 1932. The country was in bad economic shape and voters were in no mood to mess with the incumbent Herbert Hoover. FDR had won in a massive electoral landslide—and repeal of Prohibition had been a part of his platform. Congress acted with unusual speed. By the end of February 1933, it had approved the text of the 21st Amendment (repealing Prohibition) and sent it to the states for ratification. A few weeks later, it enacted the Cullen-Harrison Act: That legislation legalized low-alcohol beer and wine. Roosevelt signed the bill soon after his inauguration.

“I think this would be a good time for a beer,” Roosevelt reportedly said at the time. Nor was he the only one celebrating! People waited in lines at breweries and taverns when beer could legally be sold again on April 7. And the Budweiser Clydesdales made their first public appearance! They pulled a beer wagon through St. Louis on that same day.

More celebrations would follow later, of course, when the 21st Amendment was ratified in December 1933. Prohibition was finally repealed in full.

Repeal of Prohibition might seem like a no-brainer to many people today, but it was an uphill battle at the time. How could Prohibition be undone, once government had intervened so forcefully? Undoing the status quo was an overwhelming task. What government behemoth seems too big to undo today? Many thought of Prohibition in those terms back then.

Indeed, in 1930, Senator Morris Sheppard, an author of the 18th Amendment, had claimed that there “is as much chance of repealing the Eighteenth Amendment, as there is for a humming-bird to fly to the planet Mars with the Washington Monument tied to its tail.”

It took only three years to prove him wrong.

We are a free people! Perhaps the failed experiment in Prohibition demonstrates at least one important principle: If a free people really want to take their liberty back, then they have the ability to do exactly that.Primary Sources: