Is Medicare Broke Too?

Is Medicare Broke Too? 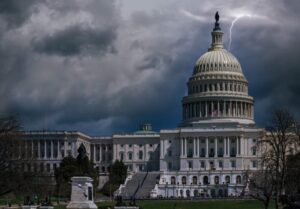 Politicians have been hiding the hard facts of Medicare for decades, and the American people will not like it when they learn the truth.

The recently released Medicare trustees report estimates the program’s Part A trust fund faces insolvency in 2028, two years later than last year’s estimate. Some might think that represents a major improvement in the program’s fiscal position. But a fact-checker—at least a politically honest one—might say the 2028 projection lacks important context.

In reality, Medicare faces a series of financial challenges, many of them created by fiscal gimmicks, that make the program’s shortfalls much greater than the “official” estimates suggest. Politicians have been hiding the hard facts about Medicare for decades, and when they finally have to face the fiscal music—which will happen sooner rather than later—the American people will not like what they hear.

In truth, Medicare’s trust fund is already insolvent, and has been for several years. In 2009, the last year before Obamacare’s passage, the program’s actuaries estimated trust fund insolvency in 2017—five years ago. But suddenly, the year that Obamacare passed, the insolvency date got extended until 2029. What happened?

As some might recall, Obamacare lowered Medicare spending by $718 billion and raised several Medicare-related taxes. What happened with that money is such a Washington politician’s gimmick that the politicians deserve to explain it themselves:

The Medicare reductions didn’t really make the program’s financial position any better in practice, because they went to fund Obamacare. They only improved Medicare’s solvency on paper—practically the only thing Washington politicians care about.

In other words, the double-counting of the Medicare “cuts” included in Obamacare has been the only thing keeping Medicare from acknowledging its trust fund insolvency. It’s therefore entirely reasonable to call the program functionally insolvent. It in fact has been for several years.

As to the immediate reason the “official” insolvency date got pushed back to 2028, the trustees’ report explained that the new report estimates income, largely from payroll taxes, as 5 percent ($176 billion) higher from 2021-2028, with expenses only marginally increased.

But that estimated increase in payroll tax revenue could prove as fleeting as the phony double-counted Obamacare “savings.” The Medicare actuary’s office, which compiles the trustees report, admitted that it locked in its economic assumptions behind this year’s report in February.

As with the Congressional Budget Office’s recent estimate of the fiscal outlook for the next ten years, the Medicare actuary’s estimates seem already outdated, due to the continued spike in inflation. Rising prices—and rising interest rates to counteract the inflation—mean that most analysts believe the risk of recession has risen since the actuary completed its assumptions in February. And if a recession hits, most or all of that $176 billion in projected additional payroll tax revenue—the prime factor driving the extension of the “official” insolvency date—will likely evaporate.

The rising risk of a recession, and the looming insolvency of Medicare, represents but one of the many challenges the next president will have to face—and none too soon. Because of the Obamacare double-counting referenced above, politicians have spent the last decade with their heads in the sand about the need to right-size Medicare. If not for the Obamacare fiscal gimmick, Donald Trump and others would not have had the luxury of claiming they wouldn’t cut anyone’s Medicare—the looming insolvency would have forced them to act.

Medicare faces challenges in the long term, too. The trustees’ report also discusses how current payment levels for doctors and hospitals—some of them created by Obamacare, some not—will fall to unsustainably low levels in coming decades, another way the “official” estimates significantly understate the depths of the problems the program faces.

To put it bluntly: Washington has spent the past several decades lying to the American people, by hiding the tough choices our nation will have to face about fiscal priorities as the Baby Boomers retire. Those long-delayed choices will finally start coming due over the next few years. When they do, the politicians who have dodged the truth for lo these many decades better have some good answers for why they did.

Chris Jacobs is founder and CEO of Juniper Research Group, and author of the book, “The Case Against Single Payer.” He is on Twitter: @chrisjacobsHC. Previously he was a senior health policy analyst for the Texas Public Policy Foundation, a senior policy analyst in The Heritage Foundation’s Center for Health Policy Studies, and a senior policy analyst with the Joint Economic Committee’s Senate Republican staff. During the debate over the Patient Protection and Affordable Care Act, popularly known as Obamacare, Jacobs was a policy adviser for the House Republican Conference under then-Chairman Mike Pence. In the first two years of the law’s implementation, he was a health policy analyst for the Senate Republican Policy Committee. Jacobs got his start on Capitol Hill as an intern for then-Rep. Pat Toomey (R-Pa.). He holds a bachelor’s degree in political science and history from American University, where he is a part-time teacher of health policy. He currently resides in Washington, D.C.