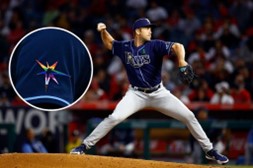 The Greatest Sin of All

This past weekend, five Tampa Bay Rays players, Jason Adam, Jalen Beeks, Brooks Raley, Jeffrey Springs, and Ryan Thompson, refused to wear the MLB mandated pride-themed logo on their uniforms, citing religious reasons. They have all been roundly criticized for doing so. ESPN’s Sarah Spain spoke out against these players calling them “bigoted.” She also attacked their religious faith, calling it “BS” and “bulls***.”  So much for religious tolerance.

Gay Minor League baseball player, Bryan Ruby, criticized the Rays players as well when he said, “This isn’t about religion. This is about being a good teammate. When guys go out of their way to make a point of opposing Pride Night, they’re sending a clear message that people like me just aren’t welcome in baseball.”

How would the critics of these players feel if Major League Baseball forced all players to wear a cross on their uniforms to celebrate Christianity? And if players objected to wearing the cross, would that mean that they are anti-Christian haters and Christians are not welcome as teammates? Could faithfully married ball players be compelled to wear a patch celebrating adultery? Why should Major League Baseball players be forced to wear a logo that promotes a belief system they do not hold?

Sarah Spain claimed that “’Pride’ is about inclusion, so you don’t love them or you don’t welcome them if you’re not willing to wear the patch.” But if “pride” was really about “inclusion” then the Pride Movement would be welcoming people who have all beliefs about all lifestyles. But ‘pride’ is not about inclusion, it is about ramming their beliefs and lifestyles down everyone else’s throat, and if anyone disagrees, then they will be labeled “bigoted”, and then cancelled and excluded. If you expect everyone to accept your lifestyle, you must be willing to accept other people’s beliefs that are different from yours. But the so-called ‘inclusive’ only want it one way, theirs.

This is not about inclusion; it is about indoctrination. We saw this in Dallas, Texas, this past weekend. On Saturday, at a gay bar called Mr. Mister, an event entitled, “Drag Your Kid to Pride” was held where underage children, even toddlers, were exposed to and encouraged to participate in an elaborate drag show with adults. This event was a blatant effort to sexualize prepubescent children in public. The organizers claimed that they were simply encouraging parents to show how tolerant and inclusive they are by “dragging” their children to celebrate the drag lifestyle.

We are seeing this type of indoctrination coming from entertainment companies like Disney, using their platforms to propagandize the LGBTQ lifestyle to children. In their new animated children’s movie, Lightyear, Disney introduces a lesbian romantic relationship. Over the last 25 years and four movies, the Toy Story brand has created a child friendly atmosphere and expectation, and now once they have lured the children in, Disney is injecting their LGBTQ propaganda into them. This is nothing short of indoctrination. If Disney made Buzz Lightyear a devout Christian, the same people applauding this lesbian relationship would be rightfully outraged at the overt religious propaganda. And both character paths would detract from the story because propaganda is not art, nor is it compelling.

It is ironic that this movement has adopted the word “pride” when promoting their lifestyle. That is a direct afront and challenge to the teachings of Christianity which believes the greatest sin of all is “pride”. Jesus repeatedly taught against our prideful nature. When his disciples argued which of them was the greatest disciple, Jesus told them, “For he who is least among you all — he is the greatest.” (Luke 9:48)  He also said, “If anyone wants to be first, he must be the very last, and the servant of all.” (Mark 9:35) There is nothing prideful in either of those statements. Jesus exemplified the humble servant, and called us to be one as well.

Not only is the Pride Movement celebrating alternative lifestyles, it is also celebrating the one emotion that Christians believe is the root of all sin, pride. The organizers in Dallas defended their event by saying, these people were simply “celebrating who they are”. Celebrating who you are is the essence of pride. It is celebrating the self. It is self-adoration. It is in direct contrast to Christian teaching. So, these drag shows for kids are not only indoctrinating children into the drag lifestyle, they are indoctrinating children into pride, the root of all sin. Are Christians now required to celebrate “pride” which is antithetical to their beliefs along with these other anti-Christian lifestyles?

Forcing others to not only accept, but to celebrate your lifestyle which directly contradicts their belief system, is the height of pride. So, the Pride Movement is accurately named, because it is all about pride. It is not simply about being accepted. It is about them imposing their lifestyle and belief system on everybody else, demanding that everybody approves and celebrates them regardless of their personal religious beliefs or life philosophies.

Some people will argue that Christians historically have tried to impose their religion on other people. And those who did so were suffering from Christian-pride which is an anti-Christian emotion. Anybody who takes pride in their Christianity is not abiding by their Christian faith, because we are not saved by our good works; there’s nothing that we can do to earn our salvation. We are saved solely by the grace of God, and it is up to us to humbly receive that gift of salvation because we know that none of us is worthy of Christ’s sacrifice or our salvation.

Whatever you hear activists use the word “pride”, whether it is gay-pride or black-pride or xyz-pride, they are teaching a wholly un-Christian philosophy. We see this all over our culture and it’s manifested throughout social media where people continually send out pictures of themselves to everyone they know, to show how great they are, how wonderful their lives are. It is all pride. It is all about saying, ‘look how much better I am than you’. That is the personification of pride, and we, as a country, have embraced this “look at me” culture.

In days gone by, boasting and bragging about oneself was frowned upon. To be called a braggart or conceited was an insult, and a cause for self-reflection and personal reevaluation. Today, boasting and bragging is celebrated, it is rewarded. Modesty and humility are no longer viewed as admirable character traits. The only humility we see, today, is the false humility displayed by people in the public eye to heighten their virtue quotient that they are so proud of.

To all the proudful out there, understand one thing, you are just a human being. You are no better or more valuable than any other human being who’s ever walked this planet, at least not in the eyes of God. It is only the human eye that makes that distinction, that sets up that hierarchy, that values one human above the other. Our physical bodies which so many people want to pridefully celebrate and glorify and draw distinctions over others, are all headed for the exact same place, we all have the same destiny. It is staring right at us. Pride is enmeshed in the physical world. Pride and the physical go hand in hand. While humility is strictly a spiritual trait. The Apostle Peter said, we are “strangers” in a strange world. And it is our pride which will prevent us from achieving our true destiny beyond the grave which is available to all of us if we can sidestep the pitfalls of pride.