Upholding the Rule of Law 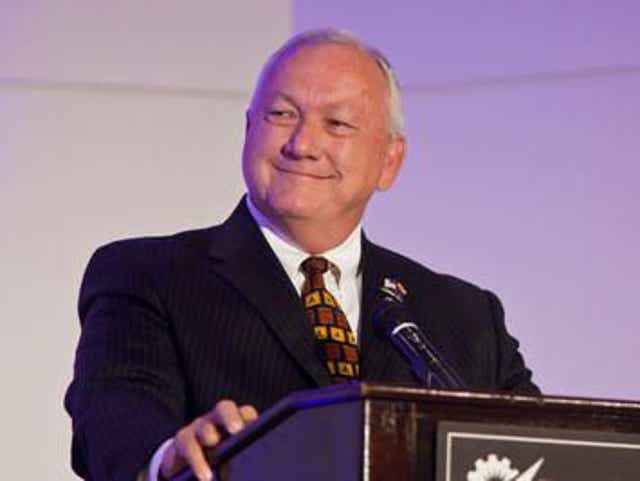 Could Justice Scalia be wrong?

by Arizona Freedom Alliance on November 3, 2019

We must stand up for the Rule of Law, for our citizens and our Republic. SB1070 was upheld by the U.S. Supreme Court. If federal, state and local officials do not uphold the law, they are complicit in the deaths, maiming’s, lost jobs, and the billions of dollars in costs: $2.6 billion per year just to educate, medicate and incarcerate illegal aliens. Grant Ronnebeck, Sergeant Brandon Mendoza, Kate Steinle, Rob Krentz, and many others deserve our vigilance. With Justice Brett Kavanaugh replacing the retired Justice Anthony Kennedy, we can restore the three sections that we lost in the 5-4 decision. Even though ten of the 13 sections were upheld, including the most critical ones, the lost three sections are nice and strongly enhance law enforcement’s ability to enforce immigration laws.

Justice Antonin Scalia voted to uphold the three lost provisions in SB1070. In his dissent opinion, Justice “Scalia eviscerates Kennedy’s explanation” for the majority. Justice Scalia wrote that Justice Kennedy’s legal logic was faulty, and that Justice Kennedy misunderstood aspects of Arizona law, a failure which colored his opinion.

“While Scalia’s dissent is a minority opinion, it will likely be embraced by patriots because it gives hope to those who love our country and want to protect it from the malicious efforts of those who consistently tear away at the Constitution.”

Here are a few of Justice Scalia’s comments in his dissent:

[1] “There is no federal law prohibiting the States’ sovereign power to exclude [illegal aliens].”

[2] “… the Federal Government must live with the inconvenient fact that it is a Union of independent States, who have their own sovereign powers.

“[4] “Arizona is entitled to have ‘its own immigration policy’ ¬ including a more rigorous enforcement policy ¬so long as that does not conflict with federal law.

“[5] “… there is no reason Arizona cannot make it a state crime for … any illegal alien … to remain in Arizona.

“[6] “In my view, the State can go further … and punish them for their unlawful entry and presence in Arizona.

“[7] “The Government complains that state officials might not heed ‘federal priorities’. Indeed they might not, particularly if those priorities include willful blindness or deliberate inattention to the presence of removable aliens in Arizona.

“[8] “The State has the sovereign power to protect its borders more rigorously if it wishes ….

[10] “But to say, as the Court does, that Arizona contradicts federal law by enforcing applications of [federal law] that the President declines to enforce boggles the mind.”

“[11] “What I do fear ¬ and what Arizona and the States that support it fear ¬ is that ‘federal policies’ of non-enforcement will leave the States helpless before those evil effects of illegal immigration that the Court’s opinion dutifully recites in its prologue but leaves unremedied in its disposition.

“[12] (Scalia’s scorn for the majority ruling condenses itself into a question about the Constitutional Convention in 1787:) “Would the States conceivably have entered into the Union if the Constitution itself contained the Court’s holding?

“[13] (His answer:) “The delegates to the Grand Convention would have rushed to the exits.

“[14] (Scalia exposes the main obstacle the states face in their struggle to contain illegal immigration:) “A Federal Government that does not want to enforce the immigration laws as written, and leaves the States’ borders unprotected against immigrants whom those laws would exclude.

“[15] (And he raises the question that needs to be faced by everyone who cares about our freedom:) “Are the sovereign States at the mercy of the Federal Executive’s refusal to enforce the Nation’s immigration laws?

“[16] “Our nation was built on the concept of a balance of power, with We the People under a Constitutional Republic built upon “popular sovereignty,” with limited federal power and sovereign states meaning that power rests in individuals and the states respectfully, especially not the federal government other than its limited and enumerated powers given it by the states’ during the Constitutional Convention. We confer certain limited powers on government for the purpose of maintaining an orderly society, not for the purpose of stealing our freedom. The Founders recognized the dangers of an all-powerful, overbearing federal government. They did not leave the states or individual citizens at the mercy of the Executive Branch.”

It is clear we have an out of control Washington DC. What is our remedy? The States’ inherent authority to enforce the law, secure our borders?

Partly the answer is that part of the Constitution itself that our Founding Fathers put into that divinely inspired document: Article V, the amending process.

Washington DC will never fix itself. The States created the federal government and gave them limited and enumerated powers and specifically made it clear it could not go beyond those powers. The Courts and Congress continue to ignore their limitations and the States continue to allow it to happen. The States must put Article V into play. It is an amendment process, not a full convention. Two-thirds of the States must agree and it takes three-fourths of the states to ratify any amendment. It cannot go beyond the call on the specific amendment that the two thirds agreed on.

NOTE: The answer to whether Justice Scalia was wrong in his desenting opinion is NO.

Convention of the States

Posted in constitution,COS,immigration,Sanctuary and tagged Convention of States