The IRS on Steroids

The IRS on Steroids 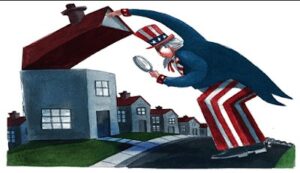 This Is Your IRS at Work

By The Editorial Board | 808 words

The new Inflation Reduction Act has many damaging provisions, but for sheer government gall the $80 billion reward to the Internal Revenue Service stands out. The money will go to hire 87,000 new employees, doubling its current payroll. This is also doubling down on incompetence, as anyone can see in the official reports of the Treasury Inspector General for Tax Administration (Tigta).

We’ve read those reports for the last several years so you don’t have to, and the experience is a government version of finding yourself in a blighted neighborhood for the first time. You can’t believe it’s that bad. The trouble goes beyond the oft-cited failures like answering only 10% of taxpayer calls, or a backlog of 17 million unprocessed tax returns. The audits reveal an agency that can’t do its basic job well but will terrorize taxpayers whether deserving or not.

Consider the agency’s chronic mishandling of tax credits. By the IRS’s own admission, some $19 billion—or 28%—of earned-income tax credit payments in fiscal 2021 were “improper.” The amount hasn’t improved despite years of IRS promises to do better.

Democrats say a turbocharged IRS won’t pursue taxpayers earning less than $400,000, but don’t believe it. Middle-income Americans are easier marks, as they are more likely to write a check than engage in years of costly litigation. 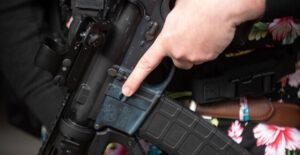 The Tigta site shows the IRS is good at one thing: punishing those who resist its demands. A March audit chastised the IRS for using lien foreclosure suits to confiscate “principal residences” from delinquent taxpayers, a process that does “not provide [taxpayers] the same legal protections as seizures.”

A March 2017 report related the agency’s crackdown on businesses flagged as potentially evading a law that requires financial institutions to report currency transactions exceeding $10,000. The IRS took to seizing property from its targets before even conducting interviews. Tigta reports that even when interviews were conducted, the IRS failed to advise the accused of their rights or the purpose of the interview, and failed to consider “realistic defenses or explanations.” Tigta found that “most” of those targeted (owners of gas stations, jewelry stores, scrap-metal dealers, restaurants) had not committed crimes, though many were never able to regain their property.

This is the IRS that Democrats are now arming with more money and manpower to unleash on Americans. The $80 billion is a demonstration of their priorities, and further proof of the rule that failure in government is invariably rewarded with a bigger budget.