Inherent in our great country’s founding is the Jeffersonian idea that the survival of a self-governing republic, as a democracy of the people, depends on educated and free-thinking people. Yet within the constitution is there is not any mention of education, its organization, or funding. The Founders who just escaped the rule of a monarchy were sensitive to the individual’s rights and viewed a strong central government as dangerous. Therefore, the states and individuals’ rights were paramount in their thinking, so the constitution allows states and localities to govern their local citizenry.

For years, School Boards had the upper hand with non-union public employees. Employees could form associations that suggested salary and fringe benefits increases to the Boards but could not bargain with Boards of Education. Soon waiting around the corner lurked laws that permitted public employees to unionize and negotiate contracts between the unions and the board. Thus, the game rules were starting to change; public employees now had the right to bargain.

During the initial stages of collective bargaining, teacher unions hired lawyers or professional negotiators, skilled in labor relations, to represent them at the bargaining table. The local boards erred by appointing a committee of lay board members and their board attorney, who was usually familiar with civil and educational matters and not experienced in labor negotiations. The bargaining laws included “no-strike” provisions for public employees who provided essential services, like police, firefighters, teachers, etc. and included work stoppage provisions to safeguard the public. Teacher tenure was introduced to give a semblance of order and protect teacher turnover from “patronage.”

Boards of Education, inexperienced with bargaining, usually felt their priority was to save money paid to employees in salaries. While teachers felt this was important, they wisely interjected many seemingly innocent language clauses when agreeing to reduce salary demands. These clauses effectively addressed work rules such as length of the day, school calendar, class sizes, instructional loads, and teachers’ evaluations and binding arbitration in the grievance procedures. Included were policies on grievances and binding arbitration for disputes. Management, unintentionally, gave away many management rights it did not need to give away. 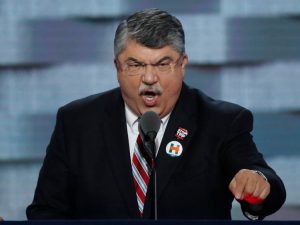 As an experienced corporate negotiator in the private and public sector school systems, I found the private sector and civil service unions were the least troublesome, while teachers’ unions were the most difficult. For example, private-sector unions bargained explicitly for salaries and fringe benefits and hours of employment. They did not interfere with the product’s design or the methodology of manufacturing the product. On the other hand, teacher contracts dealt with salaries and fringe benefits, hours of employment, and many items dealing with procedural, educational, and philosophical issues.

In the early sixties, I met Al Shanker, the head of the New York City teacher’s union. We engaged in many Sunday morning discussions while we waited for our children in Sunday School. He spoke of the difficulties of keeping control over teachers in his union and settling upon a strategy of “having problems” occur to have members promptly pay their dues. What was more important to me was how the union manipulated legislators in a successful strategy employed in having pro-teacher legislation passed to protect tenure, fringe benefits, and other collective bargaining issues.

Early on, Shanker realized that you could influence a legislator’s vote by financing or selecting an opponent to run against the incumbent in party primaries. In a party primary election, the candidate must fund his expenses using his campaign funds. They receive no money from the party. Therefore, they are influenced by their desire to avoid at all costs a primary fight. Thus, when the union threatens to support another candidate for the party nomination, the incumbent is pressured to vote and becomes aligned with the union’s positions.

Despite the many parents in this country who desire school choice and the end of guaranteed employment after a probationary period (Tenure), legislators have not succumbed to the public cry for change. Why? Follow the money!

Tenure laws that encourage lifetime appointments not based on production become a critical issue. While tenure laws allow for the dismissal of tenured employees, the procedures are cumbersome, costly, and time-consuming. In many cases, tenured teachers, with lifetime employment basically in the bank, put in a minimum effort in the classroom and unwillingness to partake in initiatives to improve their instructional skills.

As a Superintendent of Schools, with over thirty years of administrative experience, I directed several tenure dismissal cases that individually cost the school district an average of over $460,000 each and lasted approximately four years. While the School Board won every case, the dollars spent could have directly benefited students. To better understand the tenure dilemma, the following example may be helpful. 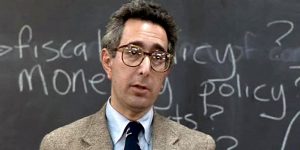 A tenured teacher with fifteen years of experience faced dismissal after four consecutive years of unsatisfactory evaluations. In the fourth year, an additional Master Teacher was placed in the classroom by the Board of Education to provide support before initiating tenure dismissal recommendations. After another inadequate assessment, upon the Superintendent’s recommendation, dismissal within the tenure process began.

The tenure process requires the employer to identify problem areas and demonstrate support to correct deficiencies. The district had comprehensive written evaluations and classroom observations of the teacher’s performance conducted by the teacher’s principal and central office supervisory personnel and the placement of another helping teacher in the classroom. The union and the teacher reviewed the documents and decided to contest the dismissal.

The cost of legal services and salaries for teacher support cost the school district over $460,000 during the four years needed to complete the Tenure Process and dismiss just one tenured teacher. Overall while the School District succeeded in dismissing five tenured teachers over fifteen years. The district’s costs for all the cases were over $2,300,000. Multiply this across the nation and add up the dollars and lost productivity that exists. One can ask if it was worth it? The union position is that it must defend its membership regardless of the cost or time. The only argument a School District can put forth is, it must do the right thing.

For smaller school districts, the impact of a $460,000 yearly expense item or a $2,300,000 charge would be devastating. In many cases, School Board Boards and administrators choose not to get involved because of the time and expense. The easiest route in many large districts, with many schools, is to transfer a marginal teacher to another school or a remedial position with fewer students. A marginal teacher could be removed from a classroom and rotated throughout the system until retirement. Some large city districts like New York City have a unique location or room used to remove and place poor-performing tenured teachers and hold them until retirement. While in limbo, they continue to receive full salary and benefits. This boondoggle enables teachers to receive their total compensation package without penalty.

Many teachers assigned to this placement either slept all day or had ample time to operate their own business or manage their investments. Small school districts cannot afford to utilize this strategy; they either look the other way or transfer the underperforming teacher to a smaller remedial class where students require quality instruction. Either way, it is a losing proposition.

The union’s position is that without protection, race, religion, sexual orientation, and political views can be used to dismiss teachers. Historically, this might have been true, but laws protecting employees from discharge for race, religion, sexual orientation, or political views are now in place. Thus, tenure becomes outdated and unnecessary as a protection for teachers. The best solution would be to eliminate the archaic tenure laws and cumbersome process and replace it with a contractual system.

Existing Federal and State laws now protect teachers from unlawful firings. Unions would retain their rights to bargain for salaries, fringe benefits, work rules, grievance procedures, and other employment rights. Individual teacher contracts would adhere to the standard agreement negotiated between the union and the district. Under the umbrella of a contract system, Federal and State laws prohibiting unlawful strikes and work stoppages for public employees would remain. Employment contracts and other bonus incentives would increase productivity and improve student learning. 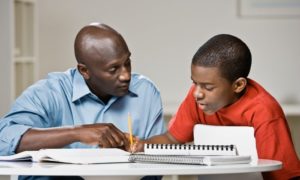 As responsible adults, we must be vigilant to protect students. The abolishment and replacement of tenure should be a high priority for all parents and taxpayers. The dismissal of tenured teachers or the non-renewal of a contract would give school districts the leverage they now lack to deal with an aggressive over-confident union.