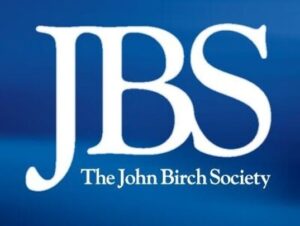 The John Birch Society vs. Article V Part II  Rodney Dodsworth    June 18, 2018     The logic that decades ago led the John Birch Society to condemn communism, big government and the welfare state mysteriously ends when it comes to the slow strangulation of liberty in post-17th Amendment America. Sad to say, but a soft relativism seeped…

The logic that decades ago led the John Birch Society to condemn communism, big government and the welfare state mysteriously ends when it comes to the slow strangulation of liberty in post-17th Amendment America. Sad to say, but a soft relativism seeped into an organization known for stalwart defense of the republic.

Relativism isn’t a common term. It nonetheless captures the international Left’s approach to domestic and foreign matters. Relativists view no country, no culture as better than another. Who are you or me to judge the governments or people of other countries? Since no culture is intrinsically better or worse, the US and Europe must accept hordes of muslims and third-worlders. Leftist relativism extends to families, lifestyles and even gender. Biblical and cultural proscriptions against adultery and homosexuality all fall to the Left’s relativistic view of societies. To do otherwise marks the believer as a bigot, homophobe, islamophobe, etc.

Relativism of a soft yet noticeable sort has, unfortunately, beset the patriots at the JBS. To the JBS, the material difference between the governing structure of the 21st century Constitution and the Framers’ 1787 Constitution are insignificant. Just enforce the Constitution we have.1

It is said the blind man is better off than a man who refuses to see. The absence of sight is less a handicap than the absence of reason, and reason informs us that the 17th Amendment (17A) upended the Framers’ compound federal republic. Our national experience since 1913 is more than enough evidence for thinking patriots to recognize the mistake and call for its repeal.

Thanks to the 17A, the United States is a democratic republic. Per James Madison, democratic republics invite the same tyranny as hereditary monarchies. The US is not above history. History will catch up. Democracy kills; we have too much of it now and will have more of it if the Progressive National Popular Vote Movement knocks off the Electoral College.2

For all the history lessons from the JBS, it carefully avoids the central and all-important place of the Framers’ Senate. Popular governments encourage envy and the societal vice so opposed by the JBS. Demagogic politicians give voice to what Framer Charles Pinckney called the “levelling spirit” of equality in possessions. Instead of cooling passions as the Framers intended and which served the nation so well for 124 years, elected senators since 1913 often amplify dangerous proposals from the House. Such is their commonality that Nancy Pelosi and Chuck Schumer typically give joint press conferences when they slam President Trump.

It wasn’t supposed to be this way. The nature of the Framers’ Senate was purposely aristocratic in which deliberative reason stood against the follies of the multitude in the House and provided mature, apolitical oversight of executive branch agencies, nominations and treaties. These functions were not, and are not, appropriate to the passing whims of shifting political factions that typify popularly derived bodies. Senators responsible to the public at-large cannot serve the Constitutional ends of the Senate. The JBS is blind to this distinction. JBS silence betrays the relativistic view that the pre and post 17A Senate and Constitution are functionally equivalent. Hence, the JBS can wave their collective arms and shout, “abracadabra” as they endlessly repeat the failed notion that sending better men and women to a purposeless and neutered Senate is the antidote to bad government.

The future of free government is in an awful way if one generation after another is taught that reason is incapable of discovering standards by which to determine whether one form of government is intrinsically superior to another. And make no mistake, the 17A fundamentally changed our governing form for the worse.

The relativist views the legal as just. Yes, the Progressive 17th Amendment is legal. But is it just? Is justice served when a component member of the republic, the states, are denied a seat at the legislative table in a government that Constitutionally acts on them? What theory or experience from the Enlightenment, colonial, or founding/framing eras recommends or justifies two legislative houses of the people’s representatives?3

Trivialization of the 17th Amendment by relativists leads to the avoidance of political conflict at any cost. Instead of boldly risking little, instead of using the peaceful means in Article V to correct a horrible mistake in our governing form, the JBS, whose motto is, That freedom shall not perish, prefers safety in surrender to democratic tyranny.

It isn’t from a lack of public virtue that Senators value reelection more than doing their Constitutional duty. It is the unavoidable consequence of popular elections. The American people increasingly sense the dissolution of the supreme law. They know it wasn’t always this way but are unaware of the antidote.

In his opening to the very first Federalist, Alexander Hamilton wrote, “The people of this country will decide the important question of whether societies can establish a good government by careful thought and choice. Or whether people are forever destined to be governed by accident and force.”

Psst, JBS. Which will it be?

1. “The Constitution as it stands has no deficiencies requiring such an extreme measure as a full-blown convention for their remedy.” Should a Constitutional Convention be Called to Fix the Constitution? See here.

2. “They (first state governments) seem to have forgotten the danger from legislative usurpations, which by assembling all power in the same hands, must lead to the same tyranny as is threatened by executive usurpations. An elective despotism was not the government we fought for.” The Federalist #48

3. In an otherwise fine history lesson on failed republics, the JBS neglects to offer a solution to the failing American republic: What Happens When Republics Fall?

Related: The John Birch Society vs. Article V Part I.
The Framers’ Senate.
A Senate of the States-The 17th Amendment.

General Reference: Eidelberg, P. (1976). On the Silence of the Declaration of Independence. Amherst: University of Massachusetts Press. Chapter Three.