Renewable’s Not the Panacea Claimed

By Mike Kapic / November 2, 2020 / Comments Off on Renewable’s Not the Panacea Claimed

Study: Renewable Energy Sources Not the “Panacea” Climate Alarmists Claim by James Murphy October 15, 2020 A study done by Irish and U.S.-based researchers is calling into question the efficacy of renewable energy sources such as wind and solar in dealing with the so-called climate crisis. In fact, the study found that such energy sources are extremely… 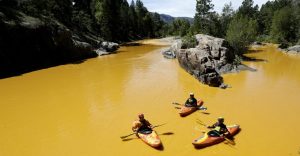 WSJ  May 25, 2019 A Navy Veteran Went to Prison for Digging Ponds in the Mountains The Supreme Court can remedy the injustice done by the EPA’s unclear ‘navigable waters’ rule. By Ethan Blevins | 793 words “I am haunted by waters,” wrote Norman Maclean in “A River Runs Through It,” his 1976 novel about…

Trump EPA Rejects Egregious Cost-Benefit Analysis of Controversial Rule Daren Bakst  January 17, 2019 The costs of the Obama-era MATS rule were as much as 2,400 times greater than the benefits For years, the Environmental Protection Agency has been issuing some of the costliest regulations in U.S. history, especially when it comes to its air…

Why Congress Must Stop Deferring Its Authority to the Executive Branch Legislative punting has led to an increase in the use of executive power. Mitchell Nemeth September 18, 2018 In January 2014 President Obama famously said, “We’re not just going to be waiting for legislation to make sure that we’re providing Americans the kind of help… 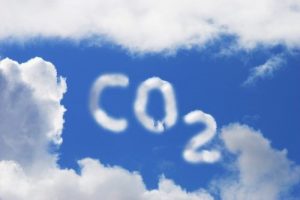 Stunner: EPA’s CO2 ‘Hot Spot’ ‘Simply Does Not Exist’ May 2, 2017   |   By The Association of Mature American Citizens from – WND.com The theory of human-caused global warming is straightforward. The level of the so-called “pollutant” carbon dioxide, or CO2, is rising in the atmosphere, causing a worldwide increase in temperatures that ultimately will have a catastrophic effect…

Renewable’s Not the Panacea Claimed

November 2, 2020 / Mike Kapic / Comments Off on Renewable’s Not the Panacea Claimed

A study done by Irish and U.S.-based researchers is calling into question the efficacy of renewable energy sources such as wind and solar in dealing with the so-called climate crisis. In fact, the study found that such energy sources are extremely costly and may be causing as much climate change as they purport to mitigate.

Entitled Energy and Climate Policy — An Evaluation of Global Climate Change Expenditure 2011-2018, the study raises grave questions about the feasibility and cost of switching to an energy grid powered mainly by wind and solar farms. The study also points out several of the flaws of wind and solar energy, including the negative impacts on local environments they present.

Despite spending jaw-dropping amounts of money on wind and solar power globally since 2011, the study shows that climate alarmists and the nations that defer to them have definitely not gotten their money’s worth.

“Since 2010, the Climate Policy Initiative (CPI) has been publishing annual Global Landscape of Climate Finance reports. According to these reports, US$3660 billion has been spent on global climate change projects over the period 2011-2018. Fifty-five percent of this expenditure has gone to wind and solar energy. According to world energy reports, the contribution of wind and solar to world energy consumption has increased from 0.5% to 3% over this period. Meanwhile coal, oil and gas continue to supply 85% of the world’s energy consumption with hydroelectricity and nuclear providing most of the remainder.”

The study’s lead author Coilin OhAiseadha points out: “It cost the world $2 trillion to increase the share of energy generated by solar and wind from half a percent to three percent, and it took eight years to do it. What would it cost to increase that to 100 percent? And how long would it take?”

At the same time the world was spending these ghastly amounts of money on green projects that have proven to be about as useful as a scuba diving suit in the desert, only five percent on global climate spending was used for adapting to extreme weather events and other alleged results of anthropogenic climate change.

Moreover, the study also found that wind and solar farms and other green energy schemes are contributing to the problem they were meant to solve or otherwise damaging the environment.

“Ironically, given that these policies are being framed as environmentally desirable, many of the criticisms are with their environmental impacts. Many researchers are concerned about the negative impacts that ‘green energies’ have on biodiversity,” the study states.

Wind farms, for example, increase the temperature of the soil beneath them, which causes soil microbes to release more carbon dioxide. So, while wind farms may have some small effect on the reduction of “human caused” CO2 being released into the atmosphere, their very existence might be increasing the release of CO2 from natural sources.

Solar and wind farms also require up to 100 times the land area that fossil-fuel generated electricity plants do. Such land use can be devastating to the pristine areas of nature that environmentalists claim to care so much about.

It’s not just wind and solar farms that are potential sources of environmental problems. Politicians such as the U.K.’s Boris Johnson and California’s Gavin Newsom have expressed a desire to rid the world of fossil fuel powered automobiles and trucks. Such a switch to electric vehicles would require a massive increase in the amount of batteries used to power such vehicles.

With an increased dependence on batteries as sources of power, a vast increase in the production of certain rare minerals will be needed. The need for cobalt, neodymium, and lithium would necessarily skyrocket, which means that the environmental impacts of such mining will fall disproportionately on some impoverished countries.

Renewable energies as we currently understand them are simply not up to the task of powering the planet — they’re nowhere close.

“The average household expects their fridges and freezers to run continuously and to be able to turn on and off the lights on demand,” said a co-author of the study Dr. Ronan Connally. “Wind and solar promoters need to start admitting that they are not capable of providing this type of continuous and on-demand electricity supply on a national scale that modern societies are used to.”

The massive worldwide investment in wind and solar has produced very little in return thus far. Moreover, these so-called clean energies are not without environmental impacts, as this report clearly points out.

“There was worldwide coverage of the conflict between the Standing Rock Sioux Tribe and Dakota Access Pipeline,” OhAiseadha said. “But what about the impacts of cobalt mining on indigenous peoples in the Democratic Republic of the Congo, and what about the impacts of lithium extraction on the peoples of the Atacama Desert? Remember the slogan they chanted at Standing Rock? Mni Wiconi! Water is life! Well, that applies whether you’re Standing Rock Sioux worried about an oil spill polluting the river, or you’re in the Atacama Desert worried about lithium mining polluting your groundwater.”

Some new form of energy that is clean, easily available, and carbon-free may be found sometime in the future. But until that happens, it makes no sense to keep throwing money at “solutions” such as wind and solar that are not practical — at least in the short term. If climate change is an existential threat — which is extremely questionable — it’s better to spend that money learning how to adapt to it instead of wasting it on technologies that do little to mitigate CO2 emissions and cause adverse environmental impacts of their own.

James Murphy is a freelance journalist who writes on a variety of subjects with a primary focus on the ongoing anthropogenic climate-change hoax and cultural issues. He can be reached at jcmurphyABR@mail.com