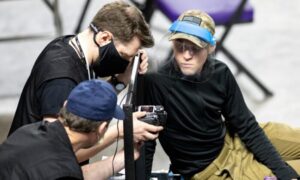 A massive 18-month long voter fraud investigation has concluded that the 2020 election was stolen.

The probe found that at least 4.8 million fraudulent votes were recorded during the presidential election.

The investigation was led by Catherine Engelbrecht and Gregg Phillips.

The two data analysis experts have been engaged in the battle for election integrity for more than a decade.

Engelbrecht and Phillips said they made a pact to find the truth on the day after the contested November 2020 vote.

“Catherine looked at me and said, ‘What are we going to do?'” Phillips recounted in an in-depth video interview with Turning Point USA founder Charlie Kirk.

They eventually hired a dozen people who have put in 16-hour days for 15 months, combing tediously through cellphone geolocation data, surveillance videos, and documents to see if the evidence supports their hypothesis, according to WND.

Their hypothesis is that amid the many “dirty,” out-of-date voter rolls and the unprecedented distribution of mail-in ballots, a highly coordinated operation in the key battleground states collected ballots and paid “mules” to literally stuff them in the unattended drop boxes that became a center of controversy.

Phillips, the founder of a healthcare-data company, began lending his tech-savvy to Engelbrecht’s non-profit True the Vote in 2013 to analyze voter records across the nation, helping officials remove duplicates and registrations of non-residents, non-citizens, and deceased voters.

They say that have the hard evidence to back their finding that there were 4.8 million fraudulent votes in the states they targeted – including Arizona, Wisconsin, Michigan, Pennsylvania, and Georgia – but they’ve been shunned by authorities, and the media won’t touch it.

Much of the evidence of criminal behavior is indisputable.

In Georgia, for example, it’s illegal for any person to place more than one ballot in a dropbox unless he or she has registered as an “assistor.”

In Gwinnett County, where there is footage of people with latex gloves stuffing multiple ballots in a dropbox then recording the deed with a photograph, there were no “assistors” registered for the 2020 election.

Engelbrecht and Phillips eventually took their two petabytes of data (the next highest measurement for data storage after terabytes, equalling 1,024 terabytes or 1 million gigabytes) to filmmaker Dinesh D’Souza, whose feature “2000 Mules” is in post-production.

After the movie comes out and the inevitable attacks come, Phillips said the investigative team will “pull the ripcord” and release all of the data.

Engelbrecht said they want to be “totally transparent” and “give it all to the American people.”

“Now you can see what nobody is showing you to this point,” she said.

Phillips noted there’s a lot of fear surrounding the raising of any questions about the 2020 election.

“Everybody’s afraid right now. They’re afraid of getting canceled,” he said, but “on the other side of fear is freedom.”

Kirk recalled that Engelbrecht was targeted by the Obama administration after her group exposed the IRS discrimination against conservative non-profits in their application for tax-exempt status.

The IRS, DOJ, FBI, ATF, and OSHA launched a total of 23 audits, investigations, and inquiries against True the Vote.

She said that experience “steeled me for this moment.”

Ten years ago, she said, “I really had to do some prayerful consideration,” asking herself if “that really” was “what True the Vote was about.”

She decided to “fight it out” in court, suing the IRS and emerging victorious more than six years later.

“I think this is what True the Vote’s been put here to do,” Engelbrecht said, “to take us into the other side of the mountain.”