Rule of Law is Critical

Rule of Law is Critical 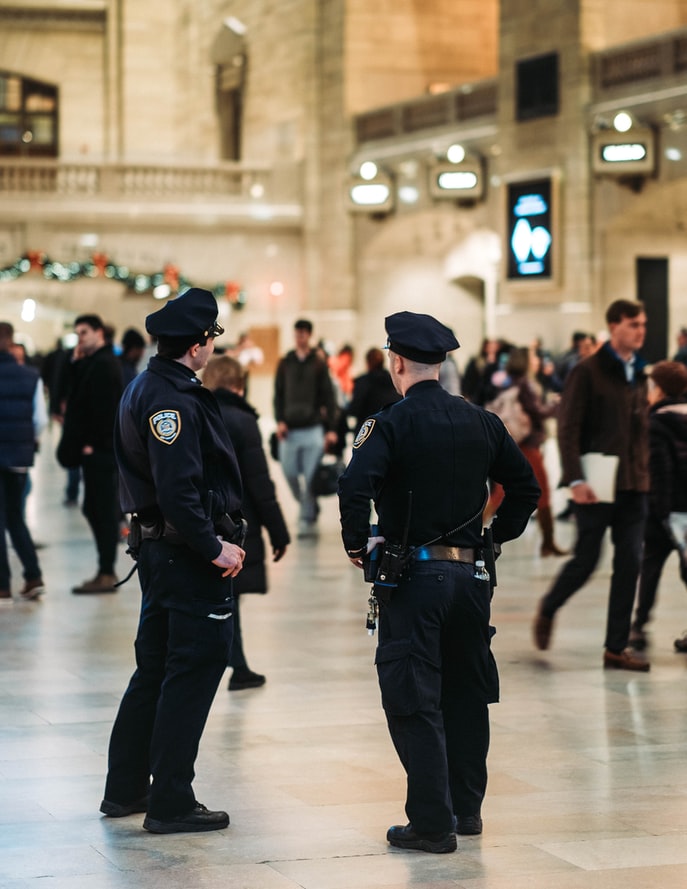 What drives economic growth and job creation, and decreases poverty? This is today’s dominant concern for senior policymakers in our cities, states, and, indeed, the entire country.

Adam Smith in “The Wealth of Nations” provided an answer much earlier in a related context: “Commerce and manufactures can seldom flourish long in any state which does not enjoy a regular administration of justice, in which the people do not feel themselves secure in the possession of their property.” More generally, human progress is a function of ideas, individuals and institutions.

Economic growth has three primary determinants: physical capital growth, human capital growth and technological innovation. If individuals are less confident their private property rights will be enforced, they are less likely to invest in physical capital (retail outlets, business facilities, manufacturing plants and equipment). If a city does not enforce respect for private property rights, expropriation can occur in the form of looting and the threat of armed violence against the owners of the physical capital. Businesses will respond by choosing not to operate in such cities; this will lead to the loss of jobs and diminished economic activity.

Human capital is more difficult to expropriate. The primary reason most individuals invest in human capital (education, trade apprenticeship, professional training) is it enhances their ability to generate income and create wealth. As property crime and violent crime in a city deteriorate, people living in such cities are motivated to leave and move to safer areas. People with higher education and professional training, aka knowledge workers, are more likely to have the economic resources and job opportunities to move to a safer city. In a mirror image of this phenomenon, companies that employ knowledge workers as human capital would be motivated to move from cities with deteriorating crime to safer cities. As these knowledge workers and companies depart cities with growing crime rates, this has a negative multiplier effect on job creation and economic growth.

Technological innovation, primarily driven by the intellectual and creative efforts of knowledge workers, is a key driver of economic growth. Hence, knowledge workers and companies departing cities due to crime compound the negative multiplier effect.

My colleagues and I constructed two proxies for the rule of law in 199 of the largest U.S. cities: the rate of violent crime per 100,000 people, and the rate of property crime per 100,000 people. Per data from the FBI’s Uniform Crime Reporting (UCR) program, violent crime is composed of four offenses: murder and nonnegligent manslaughter, rape, robbery, and aggravated assault. Under the program, property crimes include the offenses of burglary, larceny/theft, motor vehicle theft, and arson. We obtained corresponding data on job growth rates and poverty rates from the U.S. Census Bureau’s Decennial Census and the American Community Surveys.

Figure 1 (below) highlights that cities with higher current property crime rates experience lower job growth rates in the future. Besides the size of the economic pie, which is related to the job growth rate, senior policymakers and media across the country are increasingly concerned about how this pie is sliced in terms of poverty and income inequality. 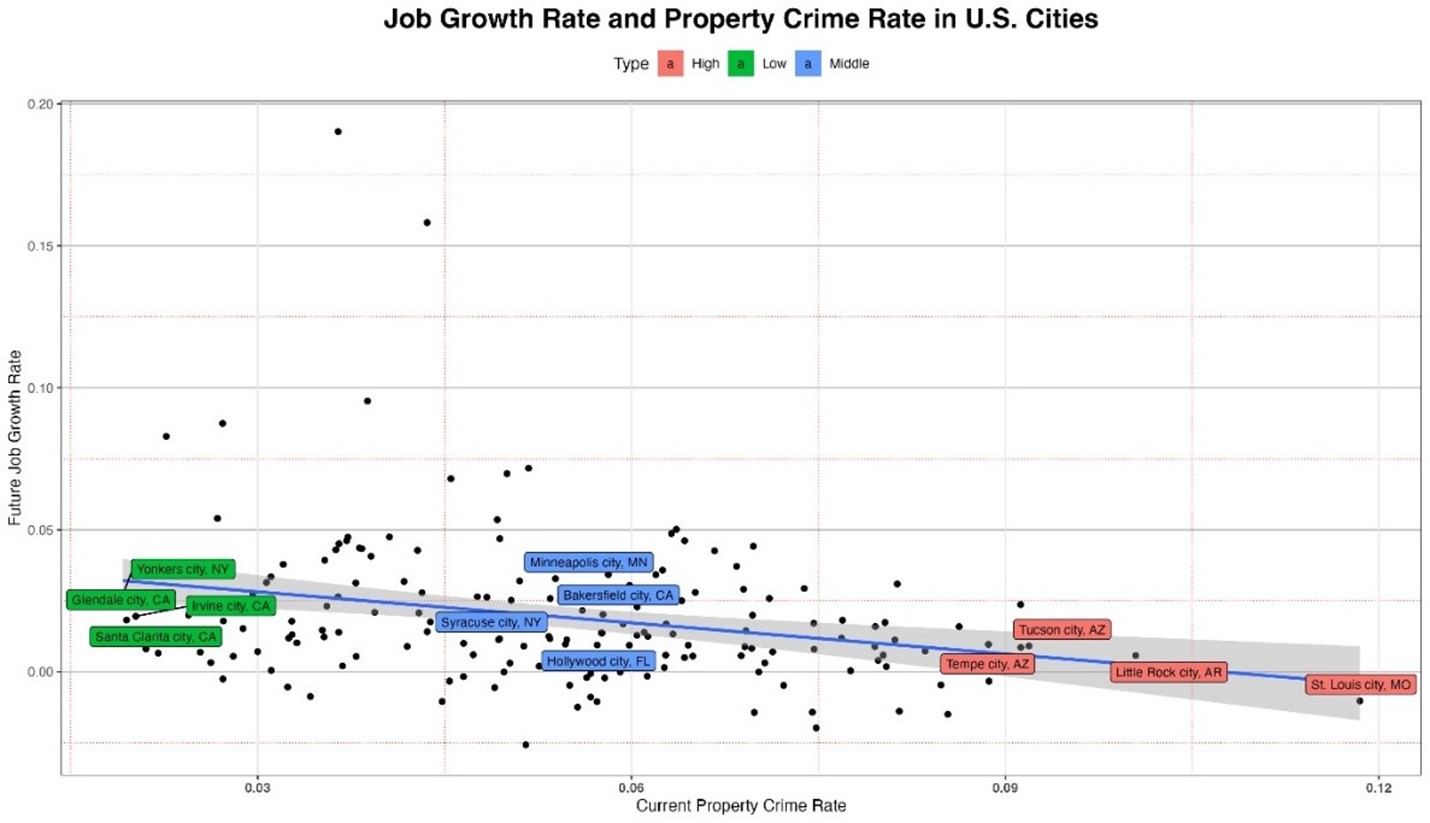 Figure 2 (below) highlights that cities that have a higher current property crime rates experience higher poverty rates in the future. Conceptually, as law and order improves in a city, its citizens and businesses have greater confidence that they can enjoy the benefits of their investment in physical and human capital; that increased incentive to invest in physical and human capital leads to more jobs and income for the broader citizenry, resulting in less poverty. 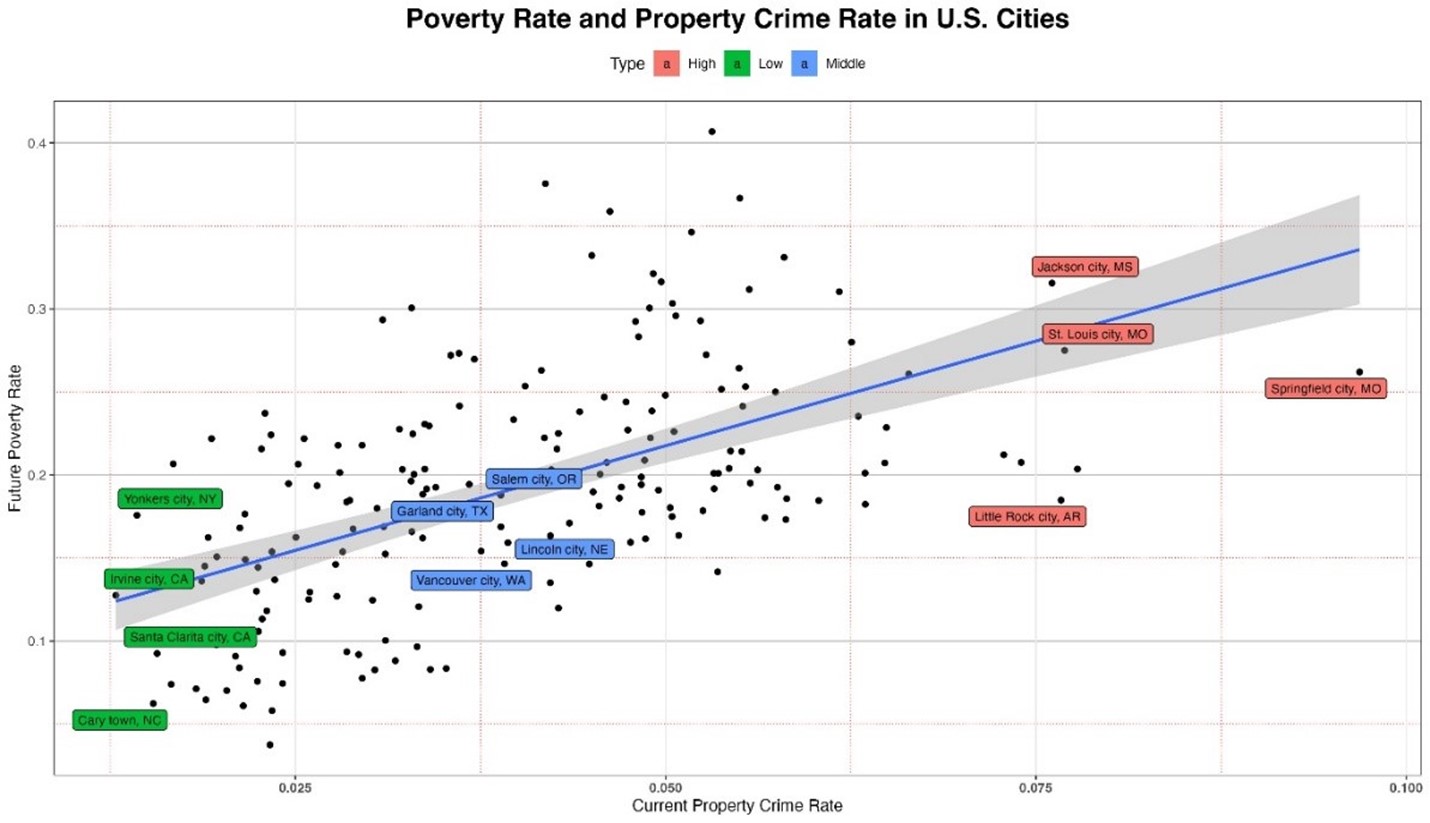 None of the above results are particularly surprising. In an earlier study, we did a comprehensive analysis of the empirical relationship between economic growth and the rule of law using panel regressions for 134 countries from the period 1984-2019. We documented a significant positive relationship between rule of law and GDP per capita. Also, we documented that countries with greater adherence to rule of law are characterized by less income inequality.

The above analysis leads to the following policy recommendation for political leaders in various cities and states around the country: Focus on ensuring respect for private property rights, effective police forces, prosecutors willing to enforce the rule of law, and fair courts. This will enhance the economic prosperity of your citizens and diminish poverty in your region.

Sanjai Bhagat is Provost Professor of Finance at the University of Colorado, and author of “Financial Crisis, Corporate Governance, and Bank Capital,” published by Cambridge University Press.