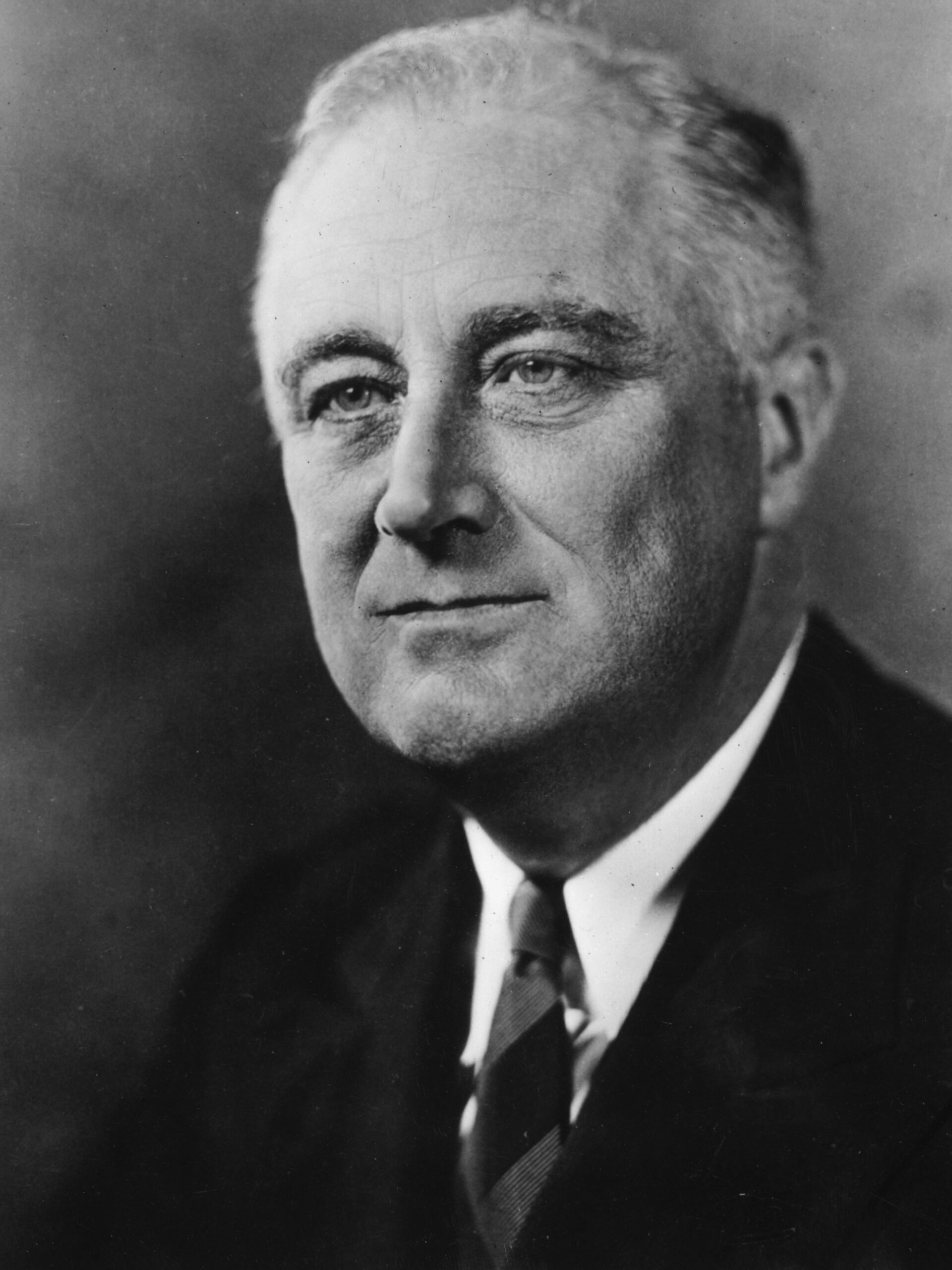 The Court on the Brink, Part III

The first installment in this series explained that the Constitution created a small and frugal federal government. This didn’t change materially until the 1930s and 1940s.

The second installment profiled the Supreme Court justices serving in the period from 1934 to 1937, when the court, under the leadership of Chief Justice Charles Evans Hughes, attempted to balance the demands of the New Deal against the rules of the Constitution. That installment also outlined the liberal/progressive philosophy then prevailing among several justices.

This third installment discusses the court’s balancing act, which ended with a case demolishing almost all financial limits on Congress. This installment also thumbnails the practical consequences of the change.

There’s a common myth that President Franklin D. Roosevelt proposed his 1937 court-packing plan because SCOTUS struck down all his New Deal programs. The truth was that the court often sustained his programs; what annoyed FDR was that the court refused to rubber-stamp all of them.

One New Deal victory—in fact, a triple victory—came in the Gold Clause Cases (pdf) (pdf) (pdf), decided on Feb. 18, 1935. Congress and the president had (1) devalued the dollar relative to gold, (2) repudiated federal promises to repay debts in gold, substituting paper money instead, and (3) banned private contract terms requiring payment in gold. The idea was to provoke inflation.

This financial manipulation didn’t help the economy much (if at all). A primary effect was to benefit corporations issuing gold bonds at the expense of retirees and annuitants, who relied on bonds for household income.

The New Dealers lost the next round. Their National Industrial Recovery Act (NIRA) empowered the president to license companies to impose anti-competitive “codes” governing their respective industries. The NIRA was based largely on an Italian fascist model adopted by Benito Mussolini, a character then admired by many U.S. progressives.

On May 27, 1935, the justices unanimously struck down the NIRA. The case was A.L.A. Schechter Poultry Corp. v. United States (pdf). Writing for his colleagues, Hughes concluded that the NIRA exceeded the congressional power to regulate interstate commerce. Further, the NIRA delegated power to the president without necessary guidelines.

United States v. Butler (pdf), issued on Jan. 6, 1936, was a mixed result for the Roosevelt administration. At issue was the constitutionality of a New Deal farm subsidy program. The 6–3 decision, composed by Justice Owen Roberts, had two principal sections. The first said that the Constitution’s taxation clause (Article I, Section 8, Clause 1) granted Congress almost unlimited authority to spend for “the general welfare.” The second section contained the actual decision of the court: The farm subsidy program violated the Tenth Amendment and was therefore unconstitutional.

The first section was very poorly researched. Roberts examined contradictory statements by only two Founders, James Madison and Alexander Hamilton. He accepted Hamilton’s version. But he failed to note that Hamilton’s version, issued for political convenience after the Constitution was ratified, was inconsistent with public representations Hamilton had made before the Constitution was ratified (pdf). It also was inconsistent with the views of just about every other Founder: The Constitution certainly didn’t grant Congress unbridled authority to spend money for “the general Welfare” (pdf).

The conclusion of the court in the second section didn’t follow from the first. The Tenth Amendment says that powers not granted to the federal government are reserved to the states and the people. But if, as the first section claimed, the Constitution grants Congress power to spend whatever it wants, then the farm subsidy program was within Congress’s delegated powers and the Tenth Amendment didn’t apply.

Butler cost the New Deal a farm program. On the other hand, the administration was to make profitable use of the court’s “general welfare” language.

May 18, 1936, witnessed the court’s fractured decision in Carter v. Carter Coal Company (pdf). The court addressed Congress’s power “to regulate Commerce … among the several States” (Article I, Section 8, Clause 3). The majority ruled that this power wasn’t broad enough to permit Congress to control coal production. George Sutherland, writing for a five-justice majority, correctly pointed out that production isn’t included in the Constitution’s meaning of “Commerce.” Regulating production is the states’ job.

Balancing defeat in Carter Coal was FDR’s victory in United States v. Curtiss-Wright Export Corporation (pdf), decided on Dec. 21, 1936. Sutherland’s unanimous opinion ruled that when the president conducts foreign affairs, he’s not limited to the powers the Constitution grants him. The president has additional authority inherited from the 1775–1789 Continental and Confederation Congresses.

Sutherland’s rationale is called the doctrine of “inherent sovereign authority.” It had been kicking around since the Founding. The Tenth Amendment was designed to kill it, as the court itself realized a few decades earlier (pdf). That didn’t seem to bother any of the justices in 1936, though.

They concluded their balancing act with National Labor Relations Board v. Jones & Laughlin Steel Corporation (pdf), issued on April 12, 1937. The issue in the case was whether Congress’s power to regulate interstate commerce is wide enough to allow Congress to regulate labor relations in a huge interstate corporation.

Hughes, writing for a 5–4 majority, said “yes.” He admitted that labor relations are part of production rather than of commerce. But he said labor unrest in a giant interstate firm could cause serious disruption to interstate commerce. The commerce clause, he said, gave Congress the power to guard against this kind of disruption.

Writers on constitutional law almost always overlook three crucial aspects of the Jones & Laughlin case. The first is that it was a compromise: Hughes’s opinion allowed Congress to regulate labor relations in large, interstate companies but not in smaller, intrastate companies. Second, a careful reading of the opinion shows that it relied more on the Constitution’s necessary and proper clause (Article I, Section 8, Clause 18) than on the commerce clause. Third, Hughes’s opinion misapplied the necessary and proper clause. I’ll explain all of this in the fifth installment of this series.

1937: The Court Destroys Restraints on Taxing and Spending

The balancing act ended a month after the Jones & Laughlin case, with the announcement by conservative Justice Willis Van Devanter that he was retiring.

Recall that in United States v. Butler (pdf), the court said that Congress could spend money on any program it wished for the general welfare. Because that wasn’t part of the court’s actual decision—and technically contradicted it—no reputable lawyer would consider those comments to be binding precedent.

Yet, in Helvering v. Davis (pdf), issued on May 24, 1937, Justice Benjamin Cardozo treated those comments as precedent. He announced that Congress’s power to spend for any general welfare purpose was “now settled by decision.” He added that any reasonable doubts as to whether a spending program furthered the general welfare would be left to Congress. Only two justices dissented: James McReynolds and Pierce Butler. Sutherland returned to his progressive roots by joining the majority.

Cardozo also wrote the opinion in Steward Machine Co. v. Davis (pdf), issued the same day as Helvering. The Constitution requires that “direct taxes” be allocated (“apportioned”) among the states by population. Steward Machine upheld a direct Social Security tax on employers’ use of labor. Congress hadn’t bothered to apportion it.

Cardozo pretended the levy was an “excise” and therefore, indirect. In fact, an “excise” is a tax on consumption, not on the use of labor. Cardozo disregarded this, relying instead on precedents that didn’t support his conclusion.

In a perfect world, Cardozo’s dishonest decisions in Helvering and Steward Machine would have sullied his stellar reputation. However, the people who establish the reputations of jurists generally share his left-of-center philosophy, so they give him a pass.

Furthermore, as Justice Butler predicted in his Steward Machine dissent, these decisions enabled Congress to bribe states with their citizens’ own money. This undermined state independence and weakened a check in the constitutional system.