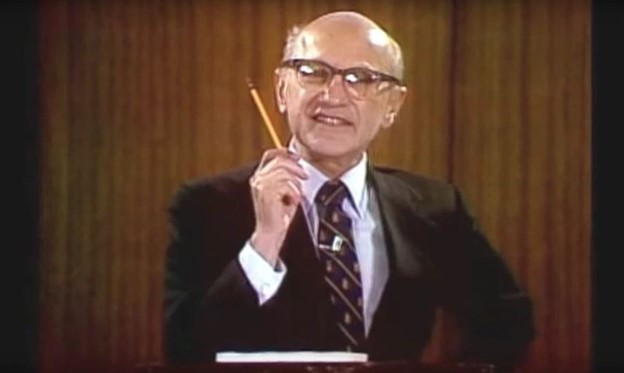 A Power Check Amendment for the US Constitution via Article V

“The recent movement to call a convention to propose amendments…has sown consternation in Washington precisely because it is the one device that can effectively bypass the Washington bureaucracy.” Milton Friedman

(Originally written in May, 2020, this proposal is even more relevant today with [$Trillions in] bills that may be passed into law without proper review!)

If We the People could add just one amendment to the Constitution, what should it be?

What one amendment would restrain, continuously and simultaneously, the excesses of Congress, the Supreme Court, and the President?

What one amendment would shift the broad balance of powers back towards our state legislatures and away from the Federal leviathan?

What one amendment would be the most difficult for the political donor/lobbyist/crony-capitalist cartel in Washington to ignore, escape, or pervert?

On December 5, 2015, in Tempe, the Arizona chapter of Convention of States held a seminar that broke into several working groups to answer questions like the ones above. The short Power Check amendment below is based on the output of one of those groups.

Section 1.
The several state legislatures, by a three-fifths majority vote, shall have the power to:

Section 2.
(1) In any action under this amendment, each state legislature shall have exactly one vote, and none of the actions shall be subject to federal judicial review.
(2) Each action shall become effective on the day that the three-fifths-majority requirement is met.

If We the People could successfully ratify an amendment like this, imagine how much more respectful and responsive Washington would have to be towards We the People, who, after all, must pay for everything Washington does.

In 135 words, this Power Check Amendment or one like it would deliver a long-overdue attitude adjustment to Washington. Like a missile in a silo one wishes never to fire, its mere presence in the Constitution would force Congress, SCOTUS, and POTUS to look over their collective shoulders with every bill, ruling, or order they consider, knowing that We the People, through our state legislatures, could reverse virtually anything they do.

That is how it should be, and should have always been, in a government that is truly of, by, and for the people.

Going forward, an amendment like the one above would put real teeth into the Declaration of Independence phrase “deriving their just powers from the consent of the governed.” Congress, POTUS, and SCOTUS would be mindful of needing that consent every day instead of just once every two, four, or six years at the ballot box.

As of May, 2020, we have an operating debt of over $28 Trillion [Sept 2022 at $30.7 Trillion] and unfunded obligations of over $200 Trillion. And it’s growing exponentially! Clearly, the original checks and balances in our Constitution have proven insufficient for the federal government to control, on its own, its virtual addiction to power, spending, and entitlement promises that we taxpayers simply cannot underwrite. As with any out-of-control addiction, an explicit intervention is called for. We the People therefore must enlist our state legislatures to provide that intervention.

Every state legislator should welcome the responsibility and obligation to wield an amendment like the one above and/or those in Mark Levin’s Liberty Amendments on behalf of his or her constituents. Any legislator who does not should resign his seat to make room for another who will. 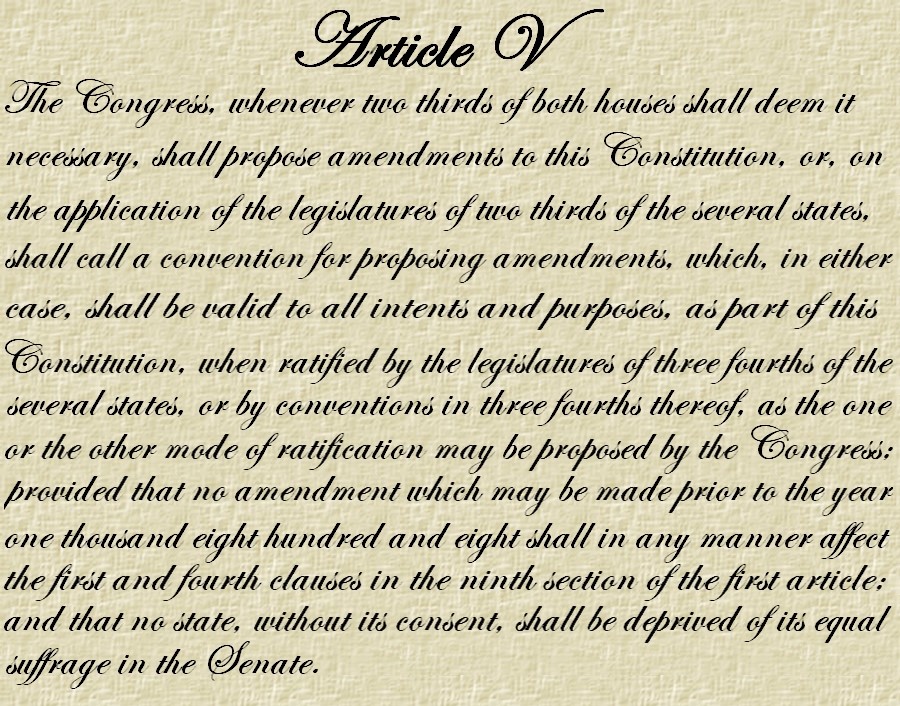 Could we ever hope to get an amendment like the one above ratified? The short answer is YES. The process for it was placed in our original Constitution in Article V by the Framers who presciently foresaw the day when the central government would become overbearing and drunk on power, just as it has.

Most Americans are still unaware that the states can amend the US Constitution without the permission or approval of Congress, the Supreme Court, or the President. The particulars of Article V are well covered at web sites like ConventionofStates.com [LetUsVoteforFRA.org] and in Levin’s best-seller The Liberty Amendments.

Naturally, concerns about Article V have been voiced from the both the left and right. Those concerns are well-addressed at this link. A large part of the opposition centers around a theory that with free elections as leverage, the Constitution ought to work “as is” without modification. But it hasn’t, and it doesn’t. How much more proof do we need?

While surely necessary, free elections alone have obviously not been sufficient.

Many other potential amendments have been proposed via Article V.  Some are lengthy and complex, dealing narrowly with our national debt, including various emergency exceptions to ceilings on debt. Virtually all the proposals have merit, but in my opinion, the Power Check amendment is the broadest, simplest, and most universal solution to reining in the runaway federal government on all fronts — legislative, executive, and judicial. 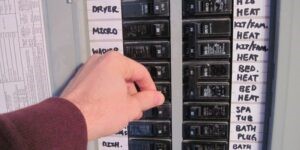 Like the bank of circuit breakers that protect my house from an electrical overload, this amendment will stand guard continuously. For example, and in particular, it could be used when a House Speaker attempts to bulk up an emergency pandemic-relief bill with non-germane pork, hoping to hold We the People hostage to her wishes. Under Section 1, Clause 2, the Speaker’s pork provisions could be struck down on a line-by-line basis as soon as 30 states agree to do so without the need to wait for further legislation or the next election cycle.

Finally, the Power Check amendment is an emphatic affirmation that We the People are still in charge — not our politicians and Big Government’s all-too-often-drunk-with-power regulatory agency bureaucrats.

Time is short. If we do not use the authority left to us by the Framers in Article V, the sheer weight, power, cost, complexity, ineptitude, and corruption of the professional political/lobbyist/donor class in Washington will surely sink our country, and we’ll have no one to blame but ourselves.

David Leeper is a retired engineer living in Scottsdale, AZ, with his (first) wife of 50 years. He is currently a volunteer science teacher at AzScienceLab.com and a volunteer reader for the visually impaired on a National Public Radio affiliate.

In David’s fun-filled 40-year career, he held positions from lab technician to technical vice president at AT&T Bell Labs, Bellcore, Motorola, and Intel. He holds 16 US patents in telecom technology and a PhD in Electrical Engineering from the University of Pennsylvania.

During his career, David wrote mainly for technical journals, including Scientific American. Since 2011, he has written over 1000 political commentaries, mostly for Western Free Press and now for his personal site DeplorableDavid.com.