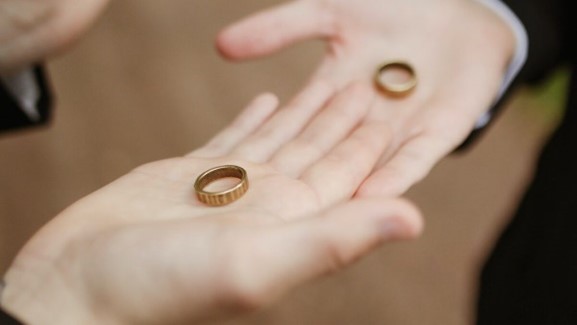 What French never acknowledges and Dalrymple barely considers is what happens after weddings. But that is when the harm becomes most evident.

Learning this month that 12 Senate Republicans had signed on with Democrats to advance the misnamed Respect for Marriage Act left many Christians stunned. Most shocking was the “yes” vote from Roy Blunt, a practicing Southern Baptist who served for three years as president of a small, private university in the theologically conservative denomination.

How, many wondered, could a political leader with such deep roots in one of the most traditional branches of evangelicalism so publicly undermine the foremost human institution created by God? Those asking must not have been paying attention to the shift that has taken place in elite evangelical circles in recent years.

One of the earliest signs that the commitment to defend biblical marriage was weakening came from Christianity Today CEO Timothy Dalrymple. In 2012, seven years before he took the helm of the publication founded by Billy Graham, he went on record arguing that it might be “time to stop opposing same-sex marriage as a matter of law.”

Dalrymple assured his readers that he’s among those who believe “it’s biblically and theologically clear that marriage was created and ordained by God for the union of male and female.” But he also encouraged them to “humbly acknowledge the limitations of our knowledge, and recognize the possibility that we are mistaken.”

Calling marriage an issue of “secondary importance,” he went on to say that Christians need to ask themselves “whether it is still wise to press for American law to recognize only heterosexual unions.” He worried that continuing to insist on marriage as founded by God would “harm our witness” and suggested the church’s credibility might be better spent on more important issues.

Note, Dalrymple was suggesting believers should capitulate on the issue of marriage three years before the Supreme Court discovered that gay partners have a constitutional right to have the government’s blessing on their affection (though, interestingly, only months after former President Barack Obama announced he had evolved on the question of whether the state should legalize gay marriage).

A key factor, Dalrymple said, is that homosexual unions don’t have clear victims, as abortion does. He closed the essay by intimating that he was still working out his views on whether it is worth continuing to argue for the biblical definition of marriage.

By February 2019, three months before he officially ascended to the top position at Christianity Today, there were signs he had settled those views. It was then that Dalrymple traveled to Mexico to attend the wedding ceremony of a gay co-worker officiated by prominent LGBT-affirming pastor and author Jonathan Merritt.

The pictures posted on a public website are festive, even reverent, showing Dalrymple and his wife participating in a candle-lighting processional and hitting the dance floor with abandon in honor of the two men. It seems worth reiterating that the wedding involved not a relative, but a co-worker. Thus, Dalrymple was presumably under no familial pressure to attend. The wedding was also in another country, providing a fairly obvious excuse to decline if he wanted to avoid hurt feelings. Yet still, he went.

As the question of attending same-sex wedding ceremonies and celebrations has become more pressing, many theologians have said that Christians actually discredit the faith by agreeing to participate.

Dr. Albert Mohler, president of Southern Baptist Theological Seminary, has written that Christians cannot celebrate what they know to be sin. “At some point, attendance will involve congratulating the couple for their union,” he said. “If you can’t congratulate the couple, how can you attend?”

What’s the relevance of Dalrymple’s decision to celebrate a gay union three years ago and write about abandoning the legal fight for traditional marriage 10 years ago? It is how his outlook may be influencing the framing of the Respect for Marriage Act in evangelicalism’s flagship publication today.

The only essay Christianity Today has published regarding the bill has been in favor of it as a necessary concession in a pluralistic nation. “All in all, RMA is a modest but good day’s work. It shows that religious liberty champions and LGBT advocates can work together for the common good,” writes law professor Carl H. Esbeck. (I reached out to Christianity Today to ask about Dalrymple’s views and his decision to participate in his co-worker’s same-sex wedding and did not receive a response.)

Like Dalrymple’s 2012 article, Esbeck spares little thought to how subsequent generations may be affected by this “good day’s work.”

Nor does the President of the National Association of Evangelicals, Pastor Walter Kim.

According to Deseret News, in 2021 Kim participated in a virtual summit focused on persuading “Congress to pass a law protecting LGBTQ Americans from discrimination.” Deseret reports that Kim argued that a “winner-take-all attitude” among Christians regarding marriage “should be concerning.” Instead of promoting policies that align with God’s order, Kim warned that “Christians are called not to win culture wars, but to defend the dignity of all human beings.”

This explains why Kim wrote a letter to Sens. Tammy Baldwin, D-WI, and Susan Collins, R-ME, thanking them for their efforts to get the Respect for Marriage Act past the filibuster hurdle.

“Your efforts, if successful, will produce the first significant bipartisan legislation in many years advancing religious freedom for all,” Kim writes, despite the fact that numerous conservative groups like The Heritage Foundation and Alliance Defending Freedom have said the RMA will put targets on the backs of religious organizations and open up people of faith to a barrage of lawsuits.

But perhaps no one has done more to further the idea that Christians should not let the God they worship influence their policy views than one-time defender of traditional marriage, David French.

The French Evolution on Marriage

As a political pundit, French has been singularly influential in evangelical establishment circles, referenced regularly not only in Christianity Today’s pages and podcasts but also giving speeches at Southern Baptist seminaries and winning praise from outlets such as The Gospel Coalition as “one of the few Christians who is able to bring gospel-centered arguments into the public square.”

In all three of his essays on RMA in the last week, French reveals that he, too, has evolved on marriage and, like Dalrymple, discourages Christians from resisting the enshrinement of gay marriage into U.S. law.

French’s religious view of matrimony as a covenant between a man and a woman has not changed, he says, but he adds, “Religious belief is not the same thing as declaring civil law … I don’t want the law to discriminate against those Americans who sincerely hold different views of sexual morality, sexuality, and marriage and organize their lives and their institutions accordingly.”

In other words, he makes the same argument about marriage that Catholics Joe Biden and Nancy Pelosi have about abortion — he has personal views based on his faith but does not want those views, however endorsed they may be by the Creator of the universe, to be reflected in U.S. statute.

He likewise gives no hint that he recognizes any societal harm that might flow from subverting traditional marriage. In defiance of the onslaught of rainbow-hued indoctrination that parents suddenly find being targeted at their children in schools, libraries, and popular entertainment, he falls back on the embarrassing canard, “The gay couple down the street in no way makes our own straight marriage more difficult or challenging.”

In fact, French reveals that while he felt the Obergefell ruling did not do enough to protect religious liberty, he believes its argument for ushering in an entirely new form of marriage, unknown to previous ages, was well-founded. He writes that as far back as 2004, he believed, “In a diverse, pluralistic republic, granting the same rights to others that we’d like to exercise ourselves should be the default posture of public advocacy and public policy.”

Now that the fundamental transformation of marriage has taken place, French argues it should be permanent: “It would be profoundly disruptive and unjust to rip out the legal superstructure around which they’ve ordered their lives,” he writes.

Leaving aside how this same argument could have been applied to Dred Scott, it’s interesting that French repeatedly references “LGBT families” in his essays (a phrase that naturally brings up sympathetic associations) without specifically treating the question of how children come to be a part of these sterile couplings or how they fare once they are present. In fact, the only passing allusion he makes to children in these households is positive, as when he says, “Millions of Americans are living stable, joyful lives in LGBT families.”

It has been said many times (but it cannot be said enough apparently) that the law’s compelling interest in acknowledging marriage at all is not to sanction romantic attachment between various individuals. It is to recognize the sexually reproductive union of men and women in order to foster the arrangement that best cultivates individual flourishing, which, in turn, creates a flourishing society.

As Mohler commented to me, “A Biblical understanding of harm does not limit itself to proximate harm. That means a Christian understanding of harm extends to the entire society. It’s very interesting that you have all the pathologies that have erupted not, first of all, because of same-sex marriage, but because of the decline of marriage itself. Further unraveling of marriage can only result in further pathologies.”

Subverting Traditional Marriage is Not a Victimless Crime

What French never acknowledges and Dalrymple barely considers is what happens after weddings. But that is when the harm becomes most evident.

“Three years of planning, saving, and praying have all led to this!” Dalrymple’s friend and his same-sex spouse proclaimed alongside a gauzy photo of them holding up that familiar black-and-white Rorschach strip. An ultrasound. “We can’t wait to be dads and are so thankful for the many amazing women, doctors, and friends — including our surrogate and her family, our agency team, donor … who have been there for us throughout this journey.”

Based on the date the website announced — on or before April 2022 — the baby has already arrived, almost three years to the month that Dalrymple celebrated the union. A child fertilized through a donor egg, bought from an agency, and gestated by a surrogate womb. A child conceived, by design, to live in a household missing one of its biological parents. A child who will, by design, not be raised by its mother, not experience the daily presence of maternal love. A child who will, by design, not benefit from the complementary nurturing of a male and female parent, committed to its wellbeing through the bonds of marriage and natural heritage.

There is no need to rehearse the litany of evidence that children raised apart from their married, biological mothers and fathers fare worse on all manner of social, educational, and developmental outcomes. But it might be necessary to start speaking forthrightly about the more specific emerging evidence that children conceived via donorship suffer from “profound struggles with their origins and identities” and that those raised in same-sex households are more likely to experience depression, anxiety, and sexual abuse.

French never mentions these children. Nor does Dalrymple. Nor does the Christianity Today essay. Nor has Sen. Blunt. Yet this is the dystopian, domino effect of redefining marriage so that Christians may assure themselves they are pluralists in good standing, on the right side of rapidly devolving modern history.

Does the rest of the American church still care about these little children? Or are we too busy protecting our “witness”?

Author and Daily Wire culture reporter Megan Basham is Claremont Lincoln Fellow whose writing has appeared in such outlets as The Wall Street Journal, First Things, and National Review. Her award-winning work focuses on subjects like marriage, religious life, and the film and television industries.