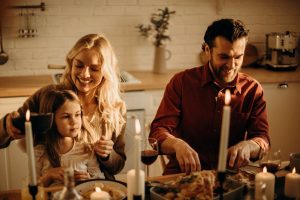 The American entrepreneurial spirit has been revived over the past two years after an extended decline. According to the US Census Bureau, new business owners applied for more than 5 million Employer Identification Numbers (EINs) in 2021, the most in at least a decade-and-a-half of record-keeping.

The resurgence of entrepreneurship began in 2020, when widespread economic disruptions caused by the pandemic response led many individuals to strike out on their own. New business starts were up 24 percent in 2020 over the previous year, and up 23 percent in 2021 compared to 2020.

The Census Bureau data suggest that the upward entrepreneurship trend is continuing in 2022, with new business starts up 1.6 percent in April 2022 compared to March 2022.

These new entrepreneurs are a diverse group. Data from the Kauffman Foundation indicate that more middle-aged “Gen Xers” have recently started businesses than those in other age groups. Latinos also launched more new businesses in 2021 than any other racial or ethnic group, and immigrants out-paced native-born Americans in last year’s entrepreneurial ventures.

My guest on this week’s LiberatED Podcast is one of these new entrepreneurs who launched her business last year. Lorianne Bolotin is an immigrant physician and midwife who grew up in the Dominican Republic. She and her husband Jack, a finance executive, never thought that they would be in the education business, until mandates and lockdowns of 2020 led them to find an alternative for their children’s education.

Last year, they founded Metsada, a private membership association (PMA) that prioritizes family freedom. “Our belief is that families have the freedom of making their own choices in health and education,” said Lorianne.

As a project of Metsada, the couple created Independence Day Academy, a learning center in New Jersey that enables parents to enjoy a homeschooling-style educational experience while supporting children when parents work and tend to other responsibilities.

Lorianne found that many parents were frustrated with their children’s public schooling experience, especially over the past two years of school closures and ongoing school virus policies. Parents wanted something different that nurtured their children academically while also allowing for maximum parental involvement. “The main thing that made people wake up to different learning options was that they didn’t feel heard by the school system,” said Lorianne. “Parents discovered that all the power is in the school system, not the parents.”

Metsada is hoping to create a network of independently run learning centers, and shortly after the opening of Independence Day Academy, the Bolotins welcomed Jenny Markus to the Metsada network.

Jenny is a lifelong New Yorker, parent, and self-directed education advocate. She is the co-founder of Coney Island Clubhouse, a child-led learning center in Brooklyn, New York.

Jenny also joined this week’s podcast conversation to talk about the Metsada network and why she launched her schooling alternative. “I really wanted to show that not only could this be done, it can be done in New York City,” she said.

“Parentpreneurs” like Lorianne and Jenny are among the cohort of new business owners who are revitalizing the American zest for entrepreneurship and innovation. By recognizing deficiencies in the status quo and imagining other possibilities for teaching and learning, these new entrepreneurs are creating more options for families and building the future of education.