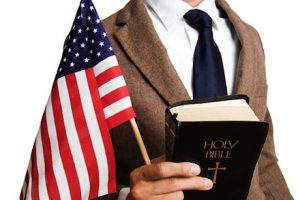 ‘Americans Who Consistently Read and Apply the Bible Report Greater Levels of Hope and Resilience’: Study

Atheists will often decry the Bible and its contents, yet study after study shows the strong benefits faith offers individuals and, in turn, the culture at large.

The latest data corroborating the positive impact of the Gospel comes from the American Bible Society’s twelfth annual “State of the Bible” report, which “shows that Americans who consistently read and apply the Bible report greater levels of hope and resilience.”

The research, based on 2,598 phone and Internet interviews with American adults across the U.S., found the Bible “makes a significant difference in well-being” on the Human Flourishing Index, with those engaged in Scripture scoring 19% higher than those who are not.

Plus, those engaged in Scripture have consistently scored higher on the “hope” front.

“Over these last three years, Scripture Engaged Americans have been at least 14 to 19 percent higher on the Hope Scale than people in the Movable Middle or Bible Disengaged categories,” a release from the American Bible Society reads.

And when people experience trauma, being engaged in the Bible helps provide “resilience” — something quite noteworthy to ponder in light of the chaos in our culture.

“When trauma sufferers are Scripture Engaged, they experience higher levels of well-being than those who have no report of trauma and are not engaging with the Bible,” the statement read. “Trauma still has a serious impact, but Scripture Engagement brings a resilience that promotes Human Flourishing more than trauma hurts it.”

It should be noted that being engaged in scripture means interacting routinely with the Bible and allowing it to shape choices and relationships with God, others, and the self.

“Christians know that Jesus offers us full life; there’s no surprise here,” Plake said. “But for those who are questioning their faith or even who need reassurance after a hard season, the data validates that applying the truths of Scripture leads to better health, better relationships, and a higher sense of purpose and meaning — all while bringing us closer to God.”

This is the latest revelation from the 2022 “State of the Bible” report, which will continue to be released in chapters throughout the remainder of the year.

As CBN’s Faithwire previously reported, previous data from the report found a substantial proportion of people who seldom or never read Scripture expressed at least some curiosity about the Bible and Jesus.

“Nearly two-thirds of people who seldom or never read the Bible (non-Bible users) indicated some curiosity [about the Bible and Jesus],” the report reads. “One-third of non-Bible users said they were ‘very’ or ‘extremely’ curious.”