We are our Own Worst Enemy​

​We may be proving the nay-sayers of 1787 correct when they predicted the American Experiment would ultimately fail.

The American Experiment worked reasonably well in its first 170 years, but civility in the public square began to disappear about 60 years ago and we discovered that democracy can be a messy business. Our new-found wealth began to be used to fund drives for political power that undermined our democratic institutions, and our functioning democracy became a chaotic clash of ideologies characterized by personal attacks on opponents and a “take no prisoners” mentality.  Our civil society began to crumble.

​We may be proving the nay-sayers of 1787 correct when they predicted the American Experiment would ultimately fail.

Foreign national leaders can clearly see the deterioration in our body politic, and adversaries are encouraging the internal chaos that is diminishing our ability to rationally self-govern our nation.  In addition, a corollary effect is simultaneously reducing our ability to support other freedom movements around the world.  Our adversaries are moving aggressively to take advantage of our reduced influence on the world stage.

It is not an exaggeration to declare that our internal political conflict has escalated to a new civil war, and in this struggle, we are our own worst enemy.  Here are a few of our most serious self-inflicted problems: 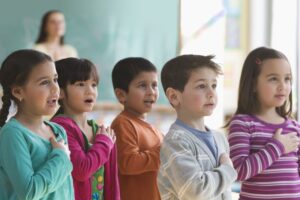 The federal government is the battleground of our civil war, and the primary participants (the executive and legislative branches) have proven incapable of solving these issues. We the People (acting through our state legislatures) must take the lead if we are to save the American republic.

​When the Founders wrote the Constitution, they did a remarkable job of anticipating our future problems, but they acknowledged that serious problems could arise that they could not foresee in 1787. However, they had the humility and wisdom to add Article V to the Constitution, giving us two alternate paths to make mid-course corrections with constitutional amendments: Congress can initiate the action, or it can be started by state legislatures.

​In our current circumstance, the burden to act obviously falls on state legislators.

State leaders must rise to the challenge and lead the charge!