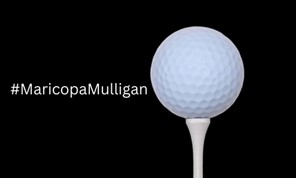 In the aftermath of the 2022 midterm election cycle, something quite telling and perplexing happened. The progressive socialist left is always the first to decry voter suppression when it serves their purposes. How much did we hear this being echoed in Georgia when they sought to rectify issues from the 2020 election cycle? We even saw Joe Biden fly down to the state of my birth and rant about “Jim Crow 2.0.” The Democrats should be very familiar with Jim Crow since they introduced 1.0. As a matter of fact, the city of my rearing, Atlanta, lost the Major League Baseball All-Star game due to the rhetoric of voter suppression, which never materialized.

However, in Arizona, there was a clear example of voter suppression, and disenfranchisement, in the largest voter population county, Maricopa.

Immediately on Election Day, it became national news that the voting machines in the county were malfunctioning. The ballots were printed out in error and were not capable of being read by the tabulation machines. There was a catastrophic failure in election day voting and the resolution for many voters was incomprehensible. Some voters were told to go to another voting location, but there was no guarantee that their current log-in was deleted. Other voters were told to leave a ballot for a provisional count, which many did not trust. Other voters left and returned to be told that there were still issues, and eventually, not be allowed to vote.

Funny, normally Democrats have no issue with the extension of voter location operating hours. This is a clear case where it should have been agreed upon. It seems that would not have been to the electoral advantage of the Democrats, therefore they did not support it, and a judge did not allow it. Normally, if voters, their voters, are being “disenfranchised,” leftists will scream from the rafters. Something was different about what happened in Maricopa County, Arizona, the largest voter population in the state.

I must ask the obvious question: why was the Arizona Secretary of State, the office responsible for overseeing elections, not forced to recuse herself from overseeing an election where she was running for Governor? You can bet that if this were a Republican SecState, the leftists would have again been screaming from the rafters. And then there is the Supervisor of Elections in Maricopa County who was running to be the next Arizona SecState. Yeah, move along, nothing to see here, just everyday coincidences in the largest voter population county in Arizona.

Why is it, in a State with a Republican-controlled legislature and governor, that all this was allowed to happen?

There is no argument, unconstitutional voter disenfranchisement occurred in Maricopa County, Arizona. This level of incompetence, or possibly purposeful nefarious actions, resulted in the failure of election systems that should have been Beta tested prior to election day. Therefore, honest Arizonans looking to cast their ballot were denied.

What happens now? I do not think it is wrong to say the 2022 midterm election in Maricopa County, Arizona must be redone . . . in golf it is called a Mulligan. If that is not the case, then we have accepted the unconstitutional practice of voter suppression and disenfranchisement in the United States . . . meaning there will be more. What is quite dishonest is that the Secretary of State office in Arizona, remember, Katie Hobbs is still in that position, has not been forthcoming on how many were disenfranchised.

If we want to restore voter confidence, this is not the way for that to happen. If Arizona is serious about restoring election integrity, it would redo the entire midterm election in Maricopa County. If that does not happen, it will only serve to prove that voter suppression and disenfranchisement is a one-way street. This means the progressive socialist left will continue to assert voter ID is a means of suppression. What will happen between now and 2024? Those millions who have been allowed into our country illegally will be voting in our elections, while hard-working, law-abiding, legal American citizens will be told, in selective locations, that the machines are kaput . . . and to go home.

That, my dear friends, is what they call FUBAR! #MaricopaMulligan