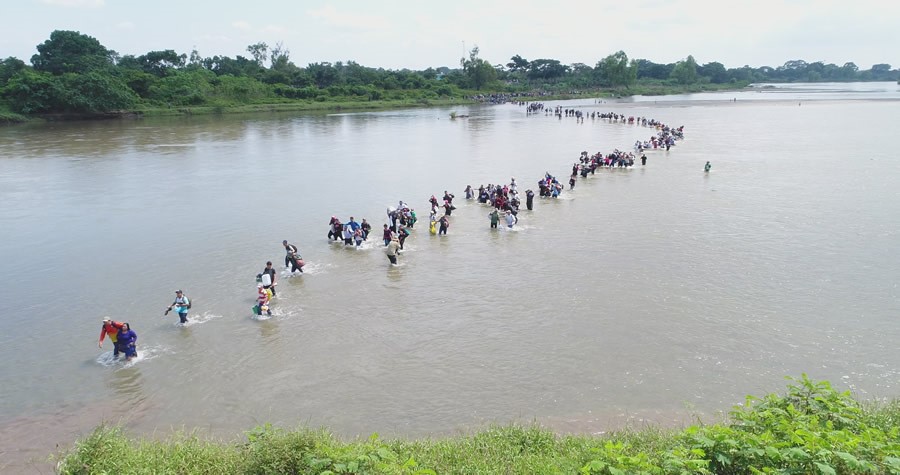 Newsom released a clip on social media following his visit and insisted that the U.S. must prepare for a post-Title 42 reality.

“Just got back from Mexicali, which is on the other side of the border. While I had the opportunity to meet with the governor and meet with some international humanitarian leaders, as well as many migrants from Haiti, from Guatemala, and from parts of Mexico that are waiting for their asylum processing right here at the border,” Newsom begins, adding:

“So we’re here now on the other side in Calexico. And here just to get an understanding and deep understanding of what the world looks like pre-Title 42. It likely is going to look like in a few weeks post-Title 42.”

Title 42 refers to a healthcare law, invoked by the Trump administration that allows for the Department of Homeland Security to quickly expel migrants back to their home countries without allowing them to seek asylum. The policy is set to expire on Dec. 21st.

Newsom also spoke with ABC News following his visit and spoke of the challenges facing California regarding immigration.

“The federal government is sending more and more flights, and more and more buses directly here to California because this state is doing what no other state’s doing and that’s absorbing and protecting and preserving our values and advancing them by doing health care screenings, and taking care of folks, and the more we do, the burden is placed disproportionately on us,” Newsom told ABC’s Matt Guttman in an interview at the border.

“We’re already at capacity and nine of our sites,” added Newsom. “We can’t continue to fund all of these sites because of the budgetary pressures now being placed on this state and the offsetting issues that I have to address.”

“The reality is, unless we’re doing what we’re doing, people will end up on the streets,” said Newsom, warning of an increase in migrant crossings once Title 42 expires.

“I mean, that’s just comedy and tragedy,” said Newsom, who according to Guttman warned, “the system is about to break in California.”

“The fact is, what we’ve got right now is not working, and it’s about to break in a post-42 world unless we take some responsibility and ownership,” said Newsom.