State of Our Nation

State of Our Nation 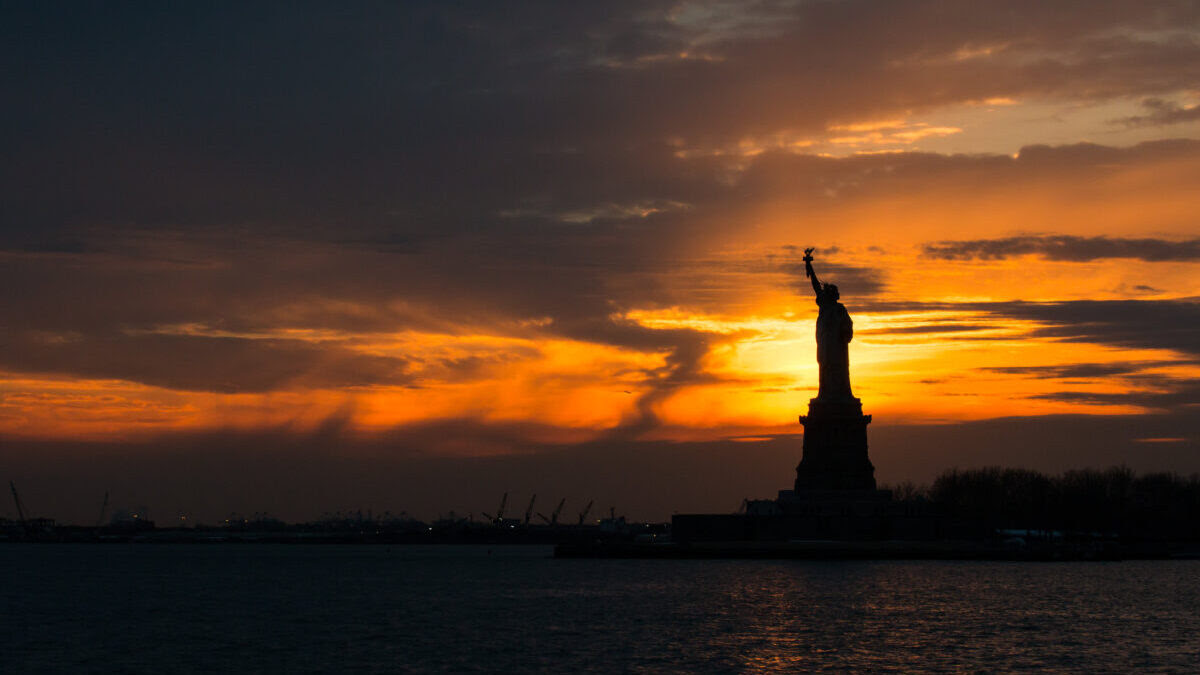 American Faith: A Rendezvous with Destiny

“You and I have a rendezvous with destiny. We will preserve for our children this, the last best hope of man on earth, or we will sentence them to take the first step into a thousand years of darkness. If we fail, at least let our children and our children’s children say of us we justified our brief moment here. We did all that could be done.” – Ronald Reagan

I was looking into the eyes of my grandchildren with both sorrow and hope. Sorrow because of endless battles they will face in a nation that has gone adrift, with hope because of the patriot’s heart that refuses to give up on a country or its children.

State of our Country

Men, like nations, think they’re eternal. What man in his 20s or 30s doesn’t believe, at least subconsciously, that he’ll live forever? In the springtime of youth, an endless summer beckons. As you pass 70, it’s harder to hide from reality.

In the 19th and early 20th centuries, the sun never set on the British empire; now Albion exists in perpetual twilight. Its 96-year-old sovereign is a fitting symbol for a nation in terminal decline.

I was born in 1945, almost at the midpoint of the 20th century – the American century. America’s prestige and influence were never greater. Thanks to the ‘Greatest Generation,’ we won a World War fought throughout most of Europe, Asia, and the Pacific. We reduced Germany to rubble and put the rising sun to bed. It set the stage for almost half a century of unprecedented prosperity.

We stopped the spread of communism in Europe and Asia and fought international terrorism. We rebuilt our enemies and lavished foreign aid on much of the world. We built skyscrapers and rockets to the moon. We conquered Polio and now COVID. We explored the mysteries of the Universe and the wonders of DNA…the blueprint of life.

We’ve gone from a republican government guided by a constitution to a regime of revolving elites. We have less freedom with each passing year. Like a signpost to the coming reign of terror, the cancel culture is everywhere. We’ve traded the American Revolution for the Cultural Revolution.

The pathetic creature in the White House is an empty vessel filled by his handlers. At the G-7 Summit, ‘Dr. Jill’ had to lead him like a child. In 1961, when we were young and vigorous, our leader was too. Now a feeble nation is technically led by the oldest man to ever serve in the presidency.

We can’t defend our borders, our history (including monuments to past greatness) or our streets. Our cities have become anarchist playgrounds. We are a nation of dependents, mendicants, and misplaced charity. Homeless veterans camp in the streets while illegal aliens are put up in hotels.

The president of the United States can’t even quote the beginning of the Declaration of Independence (‘You know – The Thing’) correctly. Ivy League graduates routinely fail history tests that 5th graders could pass a generation ago. Crime rates soar and we blame the 2nd. Amendment and slash police budgets.

We slaughter the unborn in the name of freedom, while our birth rate dips lower year by year. Our national debt is so high that we can no longer even pretend that we will repay it one day. It’s a $30-trillion monument to our improvidence and refusal to confront reality. Our ‘entertainment’ is sadistic, nihilistic and as enduring as a candy bar wrapper thrown in the trash. Our music is noise that spans the spectrum from annoying to repulsive.

Patriotism is called an insurrection, treason celebrated, and perversion sanctified. A man in blue gets less respect than a man in a dress. We’re asking soldiers to fight for a nation our leaders no longer believe in.

How meekly most of us submitted to Fauci-ism (the regime of face masks, lockdowns, and hand sanitizers) shows the impending death of the American spirit.

* Accumulating massive debt far beyond their ability to repay

* Refusing to guard their borders, allowing the nation to be inundated by an alien horde

* Surrendering control of their cities to mob rule

* Allowing indoctrination of the young

* Moving from a republican form of government to an oligarchy

* Abandoning faith and family – the bulwarks of social order.

Even if the cause seems hopeless, do we not have an obligation to those who sacrificed so much to give us what we had? I’m surrounded by ghosts urging me on: the Union soldiers who held Cemetery Ridge at Gettysburg, the battered bastards of Bastogne, those who served in the cold hell of Korea, the guys who went to the jungles of Southeast Asia and came home to be reviled or neglected.

This is the nation that took in my immigrant grandparents, whose uniform my father and most of my uncles wore in the Second World War. I don’t want to imagine a world without America, even though it becomes increasingly likely.

While the prognosis is far from good. Only God knows if America’s day in the sun is over.

Read it and weep, forward or erase it!  I read it and am now forwarding it to you, believing that we in America are at the moment in time to stand up, or let it fall!  We now may soon beat the next step in our country’s future. I believe that it might be closer than we think.