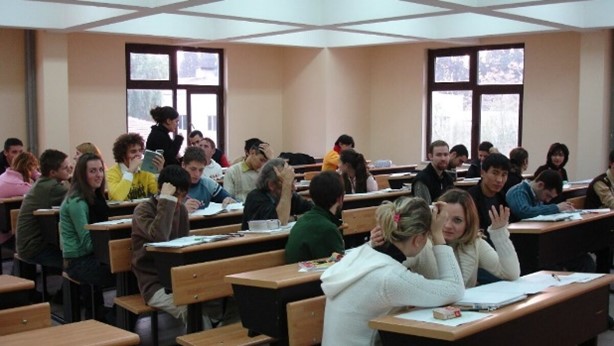 Democrats continuing to wage war on schools outside their chokehold is going to hurt them in the upcoming midterm elections.

Democrats’ war on education opportunity is hurting them in public opinion, and it will hurt them in November.

There’s a war brewing in education — and this time, it’s not just against traditional public school parents. That fight hasn’t gone anywhere. Parents still must advocate for a say in what their kids are taught within the confines of district schools across the nation, but leftists have staked out a new enemy in recent months: charter schools.

Democrats declaring war on charters is particularly insidious considering the majority demographics these schools serve are low-income and minority students. These students often flee to charter schools because their normal district schools — the schools assigned based on zip code alone — are unsafe, failing, or both.

Nationwide, nearly 70 percent of the 3.5 million students served by charters are minority students, while two-thirds are low-income. In places like Philadelphia, more than 60 percent of the enrollment in charter schools are black children, as opposed to less than 50 percent in the district’s traditional schools. More than 150 of the commonwealth’s bottom 15 percent of underperforming public schools are in Philadelphia.

Parents have made a clear choice to provide a better, safer future for their children, but too often, Democrats do not respect their decisions. And now, the opportunity to even make that decision is being threatened.

Consider Philadelphia, where the city’s school board hasn’t approved a new charter school since it took over charter authorizations. 85 percent of the charters closed by the Philadelphia School District since 2010 were led by people of color, including two schools that the district voted to close in June. And while accountability and consequences need to be in place for our kids’ education, the same standards aren’t applied to traditional district schools.

This isn’t isolated to Pennsylvania. Instead, it’s a nationwide coordinated attack by progressives — which includes the Democrat-funded teachers unions — to further limit competition in education at the expense of student outcomes.

Despite enrollment in charter schools increasing by nearly a quarter-million students in 2020-21, the Biden administration continues to fight the will of parents at every turn, most recently by slapping regulations on how charters qualify for federal grants.

The new rules — which require applicants to prove a need and community support for the school, among other nonsensical oversteps — prove Democrats are more concerned with meeting the demands of government union executives than those of parents. It’s no wonder parents are shifting support to Republicans when it comes to education.

That’s according to a poll released by Democrats for Education Reform (DFER), which specifically looked at likely voters in congressional battleground districts. Another poll commissioned by the American Federation of Teachers — the second largest teachers’ union in the nation — found similar results: Voters have more confidence in Republicans to deal with education issues.

And they should. Republicans are putting parents back in the driver’s seat of their kids’ education, while Democrats kowtow to the government bureaucrats running taxpayer-funded education into the ground. Republicans have historically been stronger supporters of educational freedom, casting 2,844 “yes” votes for the final passage of private school choice legislation (compared to 381 from Democrats).

Virginia Gov. Glenn Youngkin campaigned on increased school choice, and the 56 percent of parents who supported him — in a state that President Biden had won by 10 points just a year before — sent a clear message: We will vote for Republicans when they give us more control of our kids’ education.

Fighting against the will of parents — especially when it comes to the future of their kids — is a losing message. Yet Democrats seem hell-bent on clinging to it as they fight the expansion of charter schools and other school measures at every turn.

It’s not difficult to see why when you examine the relationship between government unions and the Democratic Party. The American Federation of Teachers, for example, spent almost $20 million for the 2020 election, with nearly all its political contributions going to Democrats and left-wing groups. For the current election cycle, government unions have already spent $13.6 million on politics, with 85 percent of their political action committee donations going to Democrats.

The result? Our kids are failing. Parents have limited options, and in some cases, no options at all. Increasingly, they distrust the political party that continues to take their options away.

Jennifer Stefano is the executive vice president of the Commonwealth Foundation and a fellow at the Independent Women’s Forum.