Rewriting the Constitution Pt. I

Rewriting the Constitution Pt. I 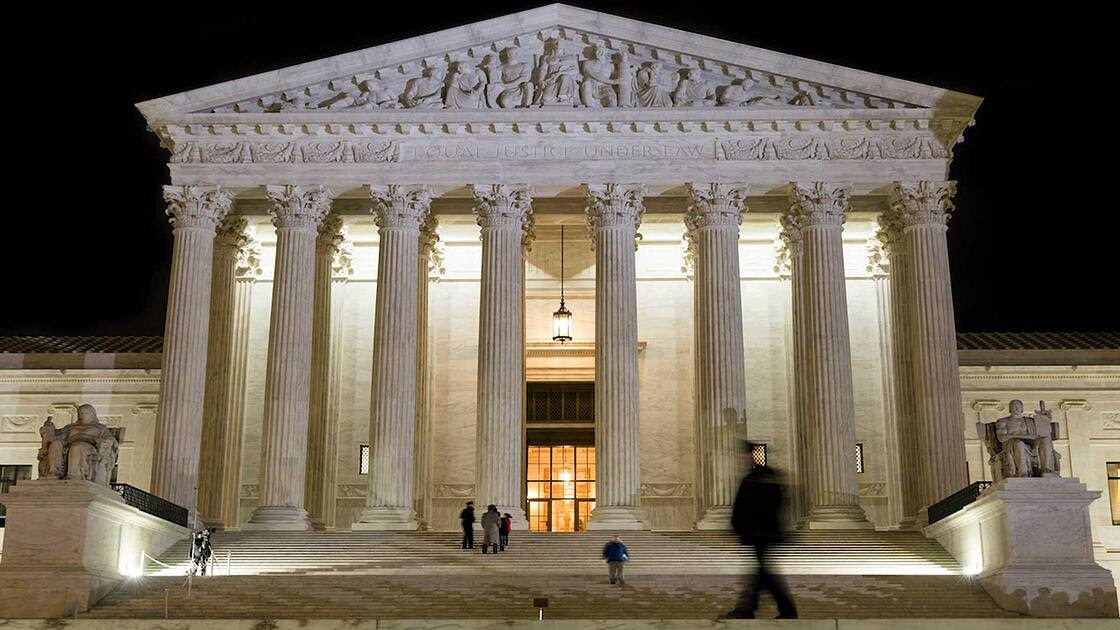 How the Supreme Court Rewrote the Constitution: 1937–1944 – Part I: A Government Small and Frugal

The Constitution created a relatively small federal government, with powers limited to certain listed subjects. It was a frugal institution, designed to “preserve the blessings of Liberty” and to bring out the best in human beings.

So how did it happen that federal functionaries now regulate nearly every aspect of our lives? How did a government designed to protect freedom become arbitrary and authoritarian? When did it start to incentivize bad behavior, both among officials and the people at large? Why does it run deficits every year, and why do those deficits keep getting bigger?

Major changes always have multiple causes. This series focuses on a central cause—perhaps the central cause: the conscious abdication of responsibility by a handful of Supreme Court justices, primarily between the years 1937 and 1944.

The change occurred against the backdrop of economic depression and world war. But America previously had undergone similar crises without altering her form of government. This time, the outcome was different, largely because the Supreme Court refused to defend the Constitution.

As many scholars have recognized, the justices’ dereliction of duty essentially amended the Constitution without following amendment procedures. Other than the nine justices, no one voted on this change. The most that can be said is that people voted for candidates, some of whom sought the change. The crises of economic depression and world war probably would have induced Americans to support some constitutional alterations if they had been asked.

But we will never know what they would have supported, because they never were asked.

During this period, Americans became less secure in their right to govern themselves locally. They lost their incomes and the freedom to pursue their livelihoods. Thousands were imprisoned without habeas corpus or trial by jury, and at least one was secretly executed.

Eventually, the court began to correct itself. Some justices recognized they had gone too far. But the fundamental damage had been done: Much of the original Constitution was lost and has never been recovered.

This series of essays explains how that happened.

A Limited Federal Government in a Free America

My father was born in 1911 and grew up in the slums of Brooklyn, New York. When he was a teenager during the years following World War I, the federal government was recognizably the same institution it had been after the Bill of Rights was ratified in 1791.

Yes, there had been some changes. Slavery was gone, and the Thirteenth, Fourteenth, and Fifteenth amendments had given Congress power to protect minorities. The Sixteenth Amendment facilitated a small income tax that affected only a few. The Seventeenth allowed the people to elect U.S. senators directly, and the Nineteenth assured women the right to vote.

But as I have pointed out in previous essays, these changes didn’t have the revolutionary effects some people claim for them. There also was a new Federal Reserve System, but that was just a national bank, and we’d had national banks from time to time from the founding of the republic.

A more important change was Prohibition, authorized by the Eighteenth Amendment. Every second man in my father’s Jewish community had become a “rabbi”—the better to obtain sacramental wine. (Other religious communities had similar dodges.) But Prohibition was doomed and was soon gone.

In other respects, the federal government was as it always had been: It produced the currency. It ran the post office, the patent office, and the military. But to most people, most of the time, it was unfelt and unseen.

Peacetime federal spending averaged well under 5 percent of gross domestic product. Peacetime budgets usually were balanced or in surplus. Schools and nearly all other institutions were controlled and funded by localities and states. There were no massive federal entitlement or welfare programs. But the poor and disabled didn’t die in the streets: State and local governments maintained a social safety net, supplemented by a web of religious congregations, private charities, and mutual benefit societies.

Today, we hear much about wrongs imposed on minorities. For most people, however, most of the time, the decentralized American system worked extraordinarily well. Decentralization tends to foster innovation, prosperity, and growth. Our decentralized nation had enjoyed innovation, prosperity, and growth as no country ever had. That’s why so many immigrants—including all four of my grandparents—left their homelands to come here. Being part of a despised ethnic minority in America was better than mainstream life almost anywhere else.

During the first 140 years after the American Founding, two institutions helped to keep the federal sphere small and the sphere of individual freedom large. One was the U.S. Constitution. It restricted federal powers to those enumerated (listed) in the document. The other was the Supreme Court.

The American Founders respected the professionalism and independence of the English judiciary, and they expected American judges to meet the same standards. One job American judges would have was judicial review—refusing to enforce government actions in excess of constitutional authority.

The principle of judicial review had been established at the state level before the Constitution was written. Leading Founders explained that it would apply at the federal level as well. Among them were Alexander Hamilton (in “The Federalist” Nos. 16, 78, and 81) and a young Virginia lawyer named John Marshall, speaking at his state’s ratifying convention.

“Should Congress, in the execution of its powers, adopt measures that are prohibited by the constitution; or should Congress, under the pretext of executing its powers, pass laws for the accomplishment of objects not intrusted [sic] to the government; it would become the painful duty of this tribunal, should a case requiring such a decision come before it, to say, that such an act was not the law of the land.”

In subsequent years, the Supreme Court sometimes made mistakes. But its interventions were frequent enough and proper enough to keep the federal government limited. During the 1930s and 1940s, this was to change.