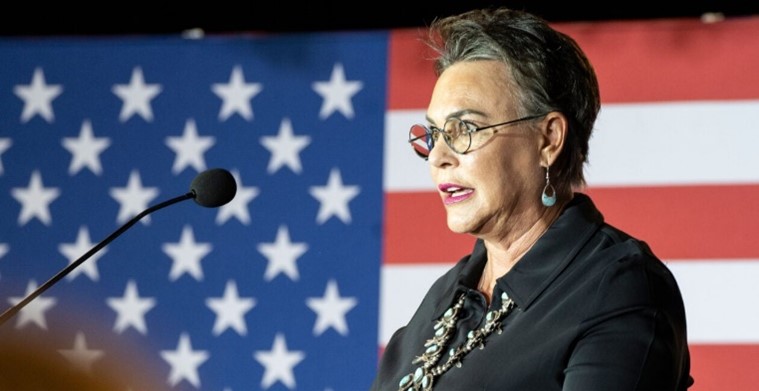 The Constitution Is Under Attack. It’s Up to Us to Defend It, Says Lawyer Who Defeated Liz Cheney

Harriet Hageman, a Wyoming native, is a constitutional attorney, former Republican National Committee member, and the Republican nominee for the U.S. House of Representatives from Wyoming.

The Constitution is under serious assault from the Left and by those who are incapable of understanding why the United States is the greatest country in the history of the world.

Very simply, America is built on a foundation of freedom, liberty, and individual autonomy, and on the concept of limited government. Our Constitution acknowledges that we are imbued with certain natural rights that are innate from the moment of conception.

Over the past two-and-a-half years, we have been confronted with an existential threat to our way of life, our governing philosophy, and our heritage as a free people. The responses to COVID-19 by our state and federal governments laid bare the tyrannical tendencies of both elected and unelected bureaucratic dictators who seek to control our lives, our families, our businesses, our houses of worship, and our schools.

President Joe Biden imposed unlawful vaccine mandates on us, railing on about protecting lives, while concurrently pushing forward with the most radical abortion policies in the history of the United States.

He and his allies continue to suppress information that calls into question the efficacy and safety of the vaccines that they have sought to force upon all of us.

Going beyond COVID-19, the Biden administration is a constitutional disaster, the likes of which we have not seen before.

They think they can—by presidential fiat—take 30% of our lands out of production to fight “global warming,” while ignoring the destruction of our food and energy supplies.

Biden thinks that he can “forgive” student loans and force every other hardworking citizen of this country to foot the bill.

They suppress our freedom to speak by conspiring with the Silicon Valley oligarchs to squelch the free exchange of ideas.

This point is critical, because it’s from two basic rights—freedom of speech and of religion—that all other rights flow. We cannot decry due process tyranny without the right to speak. We cannot express our fealty to our Creator—rather than to government—without the freedom of religion.

Congress has participated in the demise of our republican form of government by abdicating its legislative authority and empowering unelected bureaucrats to make the law. And what has this wrought? We have a government run by so-called experts who are in the process of intentionally destroying our prosperity.

These so-called experts are pursuing policies that are designed to increase the cost of putting food on your table, gas in your car, and a roof over your head.

Congress must reclaim its legislative responsibility and retake the reins of governing.

Hunter Biden can strike shady deals with foreign businessmen, sell access to his powerful father, and smoke crack cocaine on video, with no consequence, while Jan. 6 defendants are held in jail without trial, in abhorrent living conditions, and without access to even the most basic constitutional rights.

The Jan. 6 committee can boast of “protecting the Constitution” while running a kangaroo court with no due process, no right of confrontation or cross-examination of witnesses, and no one representing the views of the accused, former President Donald Trump and those who support him.

There is a pathway forward, and it begins with Congress, but it also includes striking back at out-of-control government. I’ve been fighting this fight for decades as a constitutional lawyer, achieving victories in court over the Environmental Protection Agency, the Department of Agriculture, the U.S. Fish and Wildlife Service, the U.S. Forest Service, and others.

Having successfully forced these agencies to comply with the law, I am optimistic of what we can do. We have two powerful weapons—the U.S. Constitution and our republican form of government—but we must adhere to both.

We control our own destiny and decide what happens next. We will either remain that bright “shining city on a hill” or become a footnote in history and a failed experiment in self-governance.

I believe that we will restore freedom, liberty, and limited government—because that is not only our history, but our future, and the Constitution gives us the road map if we will only follow it.