Are Pants a Constitutional Right?

Are Pants a Constitutional Right? 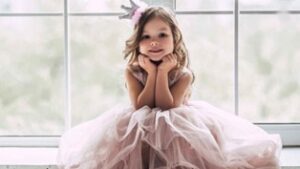 Charter schools offer the promise of choice in education, but since these schools are funded by taxpayer money, then these schools can never be independent. In North Carolina, the Charter Day School lost a lawsuit (Peltier v. Charter Day School) about their dress code, because the Fourth Circuit Court of Appeals ruled that the school is a “state actor” and requiring girls to wear skirts violates both the Equal Protection Clause of the U.S. Constitution and Title IX. Operating independently of school boards does not protect charter schools from attack. All charter schools are open to the charge that, since they are “state actors”, then they must adhere to state control. The court gave Charter Day School a choice: rescind its dress code or become a private school.

Charter Day School offers a classical curriculum and is fully transparent in its philosophy: “The Trustees, parents, and other community supporters were determined to preserve chivalry and respect among young women and men in this school of choice. For example, young men were to hold the door open for the young ladies and to carry an umbrella, should it be needed. Ma’am and sir were to be the preferred forms of address. There was felt to be a need to restore, and then preserve, traditional regard for peers.”

One of the judges, Barbara Milano Keenan, considered it horrible that the kindergarten girls in dresses were taught to “sit like princesses” and not cross-legged. She also thought it was “jaw-dropping” that the boys were taught to hold an umbrella over the girls’ heads in the rain. Judge Keenan was appalled by the school’s “blatant gender stereotypes” and “antiquated gender roles”. In her ruling, she said that sex-based classifications are an “arbitrary sorting of people”.

This ruling represents the ideology that males and females are a social construct and we should pretend that there are no biological differences between girls and boys — just an “arbitrary sorting”. Ten out of the 16 judges on the panel thought that a separate dress code for girls perpetuates discrimination against females and would negatively impact their lives. Although clothing is not expressly mentioned in the Constitution, these judges discovered a constitutional right for girls to wear pants.

Nowhere did the opinion address if a dress code is beneficial to students. Wearing a skirt everyday is discipline, because walking and sitting in a dress is different from wearing pants. Wearing a skirt helps to train the girl in poise and posture. It is not sex discrimination to recognize that girls like to wear dresses; the wedding dress industry is very successful with blatant gender stereotypes. Teaching a girl to sit like a princess will not stop her from becoming a leader; in fact, the girl with the poise and posture is more likely to succeed.

We should be commending schools that teach discipline in addition to academics; Charter Day School is also teaching manners, politeness, and grooming. Too bad the judges did not find those rights in the Constitution.

Anne Schlafly Cori is the daughter of Phyllis Schlafly (1924-2016), and Chairman of Eagle Forum.