An Open Letter to Church Leaders

An Open Letter to Church Leaders 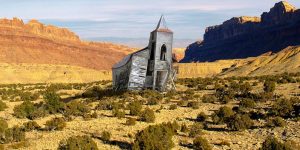 The flock needs you. We feel lost. Across America, we are witnessing believers shunned, censored, and persecuted for their beliefs, yet silence from church leaders.

We are witnessing a dangerous trend in American history — church leaders, and that is the church itself, looking more and more like the world. The mentality of “Be in the world, not of it” has proven too difficult for some to handle, and it’s time we reset to the original trajectory of the church. It’s time to go against the grain of culture and unfriend the world.

Unfriend? That seems a little harsh for some. Yet James didn’t seem to think so — “Do you not know that friendship with the world is enmity with God? Therefore whoever wishes to be a friend of the world makes himself an enemy of God.”

Enemy of God? No thanks — I know the end of the story and what happens to God’s enemies… Let’s reclaim the word truth.

The left likes to talk about “my personal truth,” but in the end, HIS Truth is the ONLY truth that matters. Let’s fearlessly conduct ourselves as a church body in the freedom that His truth provides.

People complain that Biblical truth should not spill over into political matters. I disagree. In fact, I think that the church has ceded far too much spiritual authority to politicians, on both sides. 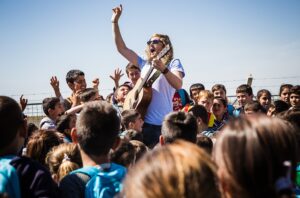 We’re allowing this spiritual battle to be fought on the wrong plains. The battlefield of the heart and soul of America should be waged from our pulpits, in our communities, and in our daily lives, not the swamp of Washington D.C. It is time to retake the high-ground, and start dictating the terms of the fight!

We are watching a similar fight play out right before our eyes. When parents across the country saw their children being failed by the government and school systems, they took immediate action. From liberal California, to purple Virginia, to conservative Florida, parents are scoring victory after victory in the battle to reclaim their children’s educations. We as a church must not shy away from the battle of standing for Biblical Truth.

Are we so numb, conditioned or powerless that we choose to ignore the brazen attempts by mega corporations to sexualize our children? How do we see five fully formed dead babies discovered outside an abortion clinic in D.C. and look away?

Whatever happened to the “moral majority” of the 80s, and “Focus on the Family” in the 90s, and the church leaders’ collective discernment, conviction and unity to organize boycotts and raise a standard?

The world wants to silence us, divide us, or most dangerously of all, conform us. As a church, start by not shying away from truth in the name of tolerance. We need to confront lies with His Truth, no matter who it offends. If we lose friends, so be it.

I will gladly choose to unfriend the world if it means friendship with Christ.