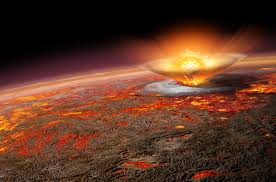 Climate change and the question of science

Promoters of the human-caused climate-change narrative sometimes ask skeptics if they believe in evolution or gravity.

It is a way of ridiculing the skepticism. In contrast, the assertions of climate alarmists are presented as equivalent to the thinking of Isaac Newton, Charles Darwin, and Albert Einstein — that is to say, unassailable. Tornados, hurricanes, mid-winter thaws, 100-degree days, cold snaps, droughts, and flooding creeks are all presented as evidence of human-caused climate change — as proof that human emissions of carbon dioxide are leading to an overheated planet.

The famous philosopher, Karl Popper, would say that these meteorological events do not support human-caused climate change because none of them can falsify the idea. If every event supports an idea, and no event can falsify it, the idea is not a scientific hypothesis. Popper’s examples of pseudoscience included Karl Marx’s theory of history. He observed that “A Marxist could not open a newspaper without finding on every page, confirming evidence” for the theory. Sigmund Freud’s theories were the same; every clinical case confirmed his ideas. A hypothesis that is not refutable by any conceivable event is not scientific. Popper asked himself in 1919 how Marxism, Freud, and astrology differed from truly scientific ideas, such as Newton’s law of gravity or Einstein’s theory of relativity. He realized that the latter could be tested and proven false. He was inspired by Frank Dyson, Andrew Crommelin, and Arthur Eddington’s confirmation of Einstein’s theory during the 1919 solar eclipse.

Einstein’s theory predicted that starlight would curve around the sun due to gravity. Newton’s law predicted a much smaller deflection. Their observations during the eclipse showed that it happened exactly as Einstein predicted. This was the first real confirmation of Einstein’s theory, and it was based on a risky prediction. Confirmation of a theory must include a risky prediction of things that either can or cannot happen if the theory is true. Theories should predict and preclude things, and the more they preclude, the better. Confirmations are not proof, but they permit theories to survive. Popper draws a bright line between science and pseudoscience. Popper’s line is a falsification. Pseudoscientific ideas cannot be falsified.

Consider that Newton provided us with his descriptive “Law of Gravitation.” Newton’s law tells us what gravity does, and it is useful, but it tells us nothing about how it works. For that, we need Einstein’s theory of relativity. The only exceptions thus far identified to Newton’s descriptive law of gravity (based on mass and distance) are found on solar-system-sized scales, near black holes, and on small atomic scales. In everyday life on Earth, Newton’s Law works fine. No exceptions to Einstein’s theory of gravity have been identified on any scale. 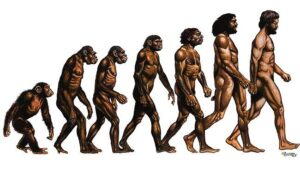 How about evolution? Species evolve; we can see that in the geological record. We can also watch it happen in some quickly reproducing species. Thus, we could describe evolution as a fact. It happens, but we cannot describe how without more work. Early theories of the evolutionary process include Darwin’s theory of natural selection and Jean-Baptiste Lamarck’s theory of heritable species adaptation due to external environmental stresses. Current epigenetic research shows that Darwin and Lamarck were both right and that evolution involves both processes. As science progresses, well-established facts and scientific laws rarely change, but theories evolve. Facts and laws are easily dismissed when contradictory data are gathered and, sometimes, reinstated as we learn more. The modern theory of evolution is a good example of two competing theories that eventually merged into one.

Both hypotheses and theories must be falsifiable. “Human-caused climate change” is not falsifiable. Therefore, it is not scientific. Popper would describe “human CO2-caused climate change” as pseudoscience, because any weather event can be, and often is, interpreted as supporting the idea (much like the Marxist with his newspaper). Science is mostly skepticism. We try to find flaws; we check numbers. Science done properly is spending more time proving ourselves and others wrong than proving ourselves right. Scientists rarely win popularity contests — and should not try to.

Andy May is a petrophysicist, paleoclimate expert, and member of the CO2 Coalition.