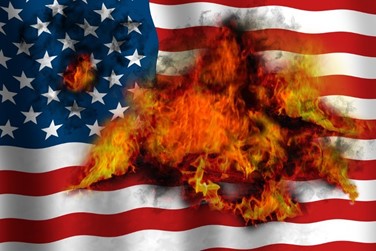 Agenda 2030 is a major threat to liberty and is being implemented in towns and counties across the United States. However, state legislators can — and must — take decisive action to prohibit all governmental involvement in Agenda 2030 or “sustainable development” schemes.

Agenda 2030, officially titled “the 2030 Agenda,” is a United Nations program based on the UN Local Agenda 21 program unveiled in 1992 and the UN Millennium Development Goals released in 2000. Under the guise of “sustainable development,” this plan seeks totalitarian control and regimentation of the entire planet, including the economy, our country, our lives, and our children. Agenda 2030 is divided into 17 Sustainable Development Goals, or SDGs, along with 169 specific “targets” to be imposed on humanity.

The SDGs include “universal health coverage,” “vaccines for all,” and “universal access to sexual and reproductive health-care services, including for family planning [i.e., abortion]” (Goal 3). It also advocates for socialist indoctrination of youth (Goal 4), global wealth redistribution (Goal 10), and radical actions to combat alleged “climate change” (Goal 13). None of these goals are constitutional, or even adhere to the spirit of the U.S. Constitution and the Founding Fathers.

Other prominent examples of Agenda 2030’s implementation include the global war on farmers, carbon-capture pipelines, and the transition toward “green” energy.

Although touted as “nonbinding,” Agenda 2030 is being implemented in communities across the United States via “soft law,” meaning that portions of the agenda are adopted into local, state, and federal laws, thus becoming legally binding. As a result, Americans are losing the ability as citizens to run their own communities through elected officials.

One of the main nongovernmental organizations pushing Agenda 2030 “sustainable development” at the local level is ICLEI — Local Governments for Sustainability. According to ICLEI’s website, over 300 municipalities and counties in the United States are members of the organization.

Additionally, many local governments — including those outside of ICLEI — have “sustainable development” plans. These plans often don’t mention the UN or Agenda 2030, but they’re clear steps toward implementing this subversive scheme.

Accordingly, state legislators must enact strong legislation completely preventing state or local government involvement in Agenda 2030 schemes. This should include banning membership in ICLEI and similar organizations, along with prohibiting local governments or state agencies from independently implementing Agenda 2030 initiatives.

Such legislation is not hypothetical. In 2012, Alabama enacted a strong law (SB 477) banning the implementation of the UN’s Agenda 21 (now Agenda 2030) in the state. Multiple other state legislative chambers passed similar bans, while states have also introduced and enacted many strong nullification bills throughout U.S. history.

Contact your state legislators and urge them to completely ban state and local government involvement in Agenda 2030 and “sustainable development” schemes.

Peter Rykowski is a research associate and writer for The New American.