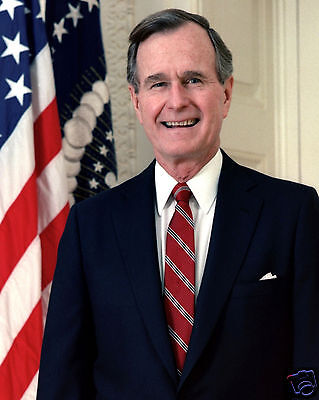 30 Years Ago President Bush: “The American People are Fed Up…Government is too Big and Spends too Much…Encourage your Congressman to…Pass a BBA

Address to the Nation on the Balanced Budget Amendment

Tomorrow the House of Representatives faces a critical vote on the balanced budget amendment, and right now is the time for some straight talk about our national deficit. With our Federal debt averaging $65,000 for the typical American family of four, I understand why the American people are fed up and why you are looking for change. I share your frustration, and I am determined to see things changed.

I am convinced that a balanced budget amendment is the only way to force the Federal Government, both the Congress and the executive branch, to live within its means. In fact, the very first address to Congress I made as President included a call for a balanced budget.

I confidently presented a balanced budget constitutional amendment to the Congress. I asked our Nation’s elected leaders to put America’s best interests first and to join me in reaching a goal whose benefits will be measured in jobs and opportunity for ourselves and for our children.

Eighty percent of the American people agree: Government spending must be restrained and the budget balanced. Government is too big, and it spends too much. We are treating our national debt like the old fellow who borrowed money to pay off his loans. Inevitably, someone at some time must foot the bill. It is simply wrong to walk away from this mountain of debt and leave it to our kids.

Forty-four of our States have some kind of a constitutional requirement for a balanced budget. It’s time for the Federal Government to follow their lead. We must balance the Federal budget without shifting the funding burden along to the States. We must pay our own way. Our future is at stake. Now is the time to pass a constitutional amendment mandating a balanced budget.

Let me caution Americans not to be taken in by bold blustering. We can’t wheel and deal the deficit away. There’s no easy answer that we can jot out on a blank sheet of paper to wipe out a deficit of that magnitude. A balanced budget amendment is real action, and it will work. We should not be willing to risk our grandchildren’s future on sound bites that merely sound real. The deficit is what’s real. Congressional inaction is what’s real. A constitutional amendment mandating a balanced budget is what’s needed.

For that reason, I need your help to encourage your Congressman to do the right thing: Pass this balanced budget amendment. There is no single action that we can take that will be any more important than doing this for our Nation’s future.

So sad Congress has unconstitutionally locked up the Constitution. So cool that SCOTUS is run by originalists…and the people are mad as hornets about inflation.

The goal is simple, educate the people and SCOTUS, on how passing HCR 101 next year is a Constitutional path to a state-drafted voter-ratified inflation-fighting fiscal responsibility amendment