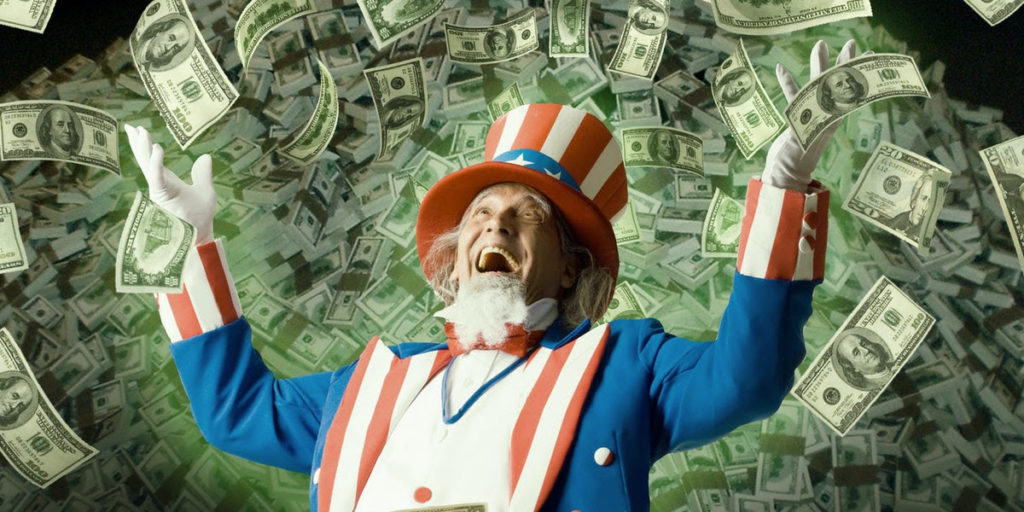 By Stuart MacPhail – May 2021
The startling number comes from the latest edition of The Financial State of the Union 2021 report, compiled and published annually by Chicago-based nonprofit Truth in Accounting (TIA), published April 15.

This is the fifth year TIA has produced its Fiscal State of the Union report.  The analysis is based on the latest available audited financial reports.  They found the federal government’s overall financial condition worsened by $9.84 trillion in 2020.

The report constitutes a measure of the government’s financial condition including reported federal assets and liabilities, as well as promised, but not funded, Social Security and Medicare benefits.  The report says, “Elected and non-elected officials have made repeated financial decisions that have left the federal government with a debt burden of $123.11 trillion, including unfunded Social Security and Medicare promises.  That equates to a $796,000 burden for every federal taxpayer.  Because the federal government would need such a vast amount of money from taxpayers to cover this debt, it received an ’F’ grade for its financial condition.”

Numbers for the TIA report were based primarily on the Financial Report of the United States Government, a publication of the Bureau of the Fiscal Service, US Department of the Treasury.  TIA notes that “The federal government has $5.95 trillion in assets compared to $129.06 trillion worth of bills.  The outcome is a $123.11 trillion shortfall.”  The 3-page report can be found HERE.

Truth in Accounting is led by Sheila A. Weinberg.  TIA is “committed to educating and empowering citizens with understandable, reliable and transparent government financial information.”  Their web site is HERE.  They have their own Debt Clock that can be seen HERE.  That clock displays both “The US Published National Debt,” and “The Truth.”  Before the end of April “The Truth” number had surpassed $132.5 trillion.