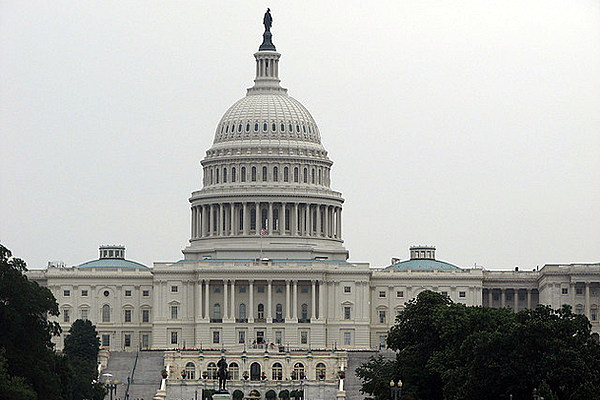 US Federalism: Definition and Background

The American system of government is known as federalism. The sovereign power is divided between the national government and local governments in federalism. How did federalism come about in America? Read on to know how American politics works. Federalism was one of the compromises made by the framers of the US Constitution.

Being an American Citizen

Have you ever noticed that sometimes it seems like you’re a citizen of more than one entity? If you’re an American citizen, you’re a citizen of your state, and you may have a sense of identity, loyalty, or affinity toward the state where you live. And this sense of belonging to a particular state may make it seem distinct from other states, even the neighboring ones with which your state shares a border.

But you’re also a citizen of the United States of America and there is a separate set of associations you may make when you think about your identity as an American.

Federalism is a system of government where sovereign power is divided between the national government and some other more local governments.

In the case of the United States, this is relatively straightforward. There is the national government made up of the executive, legislative, and judicial branches, and there are 50 sub-national governments, one in each state.

Sometimes the language used to talk about federalism is confusing because the people use the term ‘federal government’ when they are referring to components of the national government, like the president or Congress.

However, the term ‘federalism’ refers to the division of sovereignty between the national government and the sub-governments.

When we say that a unit of government has sovereignty, what is meant is that that unit has the ultimate governing authority.

In a democracy, when we talk about a unit of government having authority, what we often mean is that the people have given their authority to this unit. This may just seem like semantics, but it’s important for understanding where the source of power comes from in politics.

In a democracy like the United States, the sovereignty comes from the people. There is no god or king who asserts authority by some intrinsic nature and creates laws. Rather, it is the people who develop institutions to which they give power.

In the United States, that power is given to different units. Some authority is given to the states, some to the national or federal government, and some powers are shared between them.

When one thinks about why federalism developed in the United States, it is important to remember the historical context under which the institutions were created.

There was considerable conflict in America at the time the Constitution was written. The framers of the Constitution were arguing over everything from how to select the president, to how to divide representation in Congress, to who would hold the power of taxation.

In almost every instance of conflict, the framers came to a compromise that allowed them to agree on that segment of the Constitution. Federalism was one of these compromises.

US Constitution and Slavery

It is important to recognize that the framers did not resolve all of their conflicts. Nor did they come to successful compromises to settle all of their disagreements.

Most notably, the framers did not settle their differences regarding slavery. Instead, the compromises that were put in place to address slavery were done in such a way that the framers could support the Constitution, but without resolving slavery.

The representatives of slave-owning states wanted to preserve the practice of slaveholding, and so federalism was much valued. (Image: Everett Collection/Shutterstock)

For example, to determine how many representatives each state would have in the House of Representatives, they agreed to the 3/5 Compromise which counted each slave as 3/5 of a person for the purposes of counting the population. In this way, this compromise reflects the attitude held by many at the time that slaves were sub-human and deserved no natural rights.

Slavery and the US Federal System

The framers’ failure to adequately resolve conflicts over slavery is deeply tied to the creation of the federal system that remains in place today.

Because the economies and legal structures of southern states were developed around the practice of slavery, prohibiting slavery at the national level would have significantly impacted those states. Therefore, in an effort to maintain their way of life, the representatives of slave-owning states argued for the necessity of state sovereignty.

The desire of some southerners to preserve the practice of slaveholding explains a great deal about why federalism was so valued.

In the end, to achieve the larger goal of ratifying the Constitution, the framers accepted compromises on slavery and states’ rights. This trade-off set in place the conditions of political inequality that would lead to the Civil War, nearly 80 years later.

Other Reasons behind US Federal System

However, the preservation of slavery was not the only reason the United States became a federal system.

Since many of the early settlers were drawn to the American colonies in search of greater individual liberties, protecting those liberties was very important to the framers of the Constitution.

To ensure these liberties could not be infringed upon by government, the framers sought to formalize their protection, as outlined in the first 10 amendments to the Constitution, the Bill of Rights. They describe all of the things that government cannot do to individuals.

The framers believed that when power is concentrated in a small group of people, it can threaten the liberties of everyone else. This is what the framers thought of as tyranny.

They believed tyranny could happen when a powerful person or small group of people have all of the control and authority, and they strip the rest of the people of their individual liberties.

In the framers’ minds, one way to prevent this from happening was to give two levels of government the ability to ensure and protect liberty. By setting up a sovereign authority at both the state and national levels, they created two places where government could act to ensure one was not becoming tyrannical over the other.

Common Questions about US Federalism

Q: What is federalism?

Federalism is a system of government where sovereign power is divided between the national government and some other more local governments.

To determine how many representatives each state would have in the House of Representatives, the framers of the US Constitution agreed to the 3/5 Compromise which counted each slave as 3/5 of a person for the purposes of counting the population.

Q: What did the framers of the US Constitution do to check the powers of the government?

The framers of the US Constitution set up a sovereign authority at both the state and national levels, and so created two places where government could act to ensure one did not become tyrannical over the other.

FROM THE LECTURE SERIES: UNDERSTANDING THE US GOVERNMENT