A List Of The Snakes Who “Fortified” The 2020 Election

There was an article in Time magazine a couple of weeks ago that you’ve probably heard about by now. It was all about how a secret, shadowy cabal “fortified” the 2020 election to make sure that Donald Trump could not win.

I have to be careful about how I even phrase this, otherwise Big Tech will shut us down, but I’m going to assume that most people understand what it really means when the left admits that it “fortified” the 2020 election. You know – with all those extra ballots and help from the Chinese military. What was truly remarkable about that Time article was that they named names of many of the groups involved in the… fortification.

Let’s start with the US Chamber of Commerce. This group has traditionally held itself up as a “Republican” entity. (Just like the Lincoln Project!) Most of its donations always do end up in the hands of Republican politicians. The wrong sort of Republican politicians, naturally. The Chamber of Commerce also happens to be one of the biggest supporters of open borders and endless floods of dirty, illiterate peasant workers to undercut the wages of Americans. They must be thrilled with their investment in the Biden administration right now. 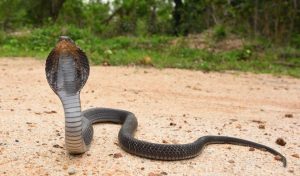 The biggest individual political recipient of campaign contributions from the US Chamber of Commerce was Senate Minority Leader Mitch McConnell (R-KY). Mitch’s role in the “fortification” of the 2020 election, and his vicious backstabbing against Donald Trump during the Impeachment 2.0 debacle, suddenly make more sense, don’t they?

Next, there’s the AFL-CIO. It’s probably not a surprise that Big Labor would want to “fortify” the election for Joe Biden. The central figure of the “fortification” team listed in the Time magazine article was Michael Podhorzer. They even call him the “Architect” of the “fortification” plan. Both the Chamber of Commerce and the AFL-CIO seized on COVID as an excuse to push for mass mail-in voting.

Next: Remember ACORN? The spectacularly corrupt “community organizers” involved with Barack Obama, until Project Veritas spectacularly took them down? They never actually went away. ACORN just rebranded themselves as Project Vote in 2017, and then later switched their name again to the Voter Protection Program. It’s run by a guy named Norman Eisen, who was Obama’s ambassador to the Czech Republic (one of the 34 countries in Europe, by the way, that has instituted a complete and total ban on mail-in voting). ACORN – sorry, the “Voter Protection Program” – was also involved in “fortifying” the 2020 election for Joe Biden.

Up next: Hewlett Packard. What? The place that makes computers?

Yep. William and Flora Hewlett created an entity called the Hewlett Foundation years ago. And the Hewlett Foundation poured tons of money into a group called the Protect Democracy Foundation. The Protect Democracy Foundation is run by Barack Obama’s former White House lawyer, Ian Bassin. Its board is a veritable who’s-who of former Obama White House staffers. According to Time magazine, they also helped tremendously in the effort to “fortify” the election for Joe Biden. The good news, if you’re a Trump supporter, is that there are a lot of good companies other than Hewlett Packard making computers these days.

And how about the “Leadership Conference on Civil and Human Rights?” If you’re a lunatic who thinks that voters shouldn’t have a say in who runs their country, you would fit right in at this Soros-funded outlet. According to Time magazine, this group was integral to “fortifying” the election for Joe Biden. When most of us hear the term “COVID relief funds,” we think of funding that would be used for, you know, COVID relief. But the Leadership Conference on Civil Rights received COVID relief funds in 2020, they actually got caught diverting that money to Democrat candidates – especially the Kid Sniffer in Chief.

You just can’t make this stuff up. Instead of using COVID relief funds for COVID, they used it to help Democrat political campaigns. Trunalimunumaprzure!

I give up. Basically, it was all the usual suspects that hated Donald Trump from day one that “fortified” the 2020 election on behalf of Joe Biden. They all worked together in a coordinated action to try to keep Donald Trump out of the White House for his second term. Just don’t you dare call this a “conspiracy” or “theft.

US Politics and News