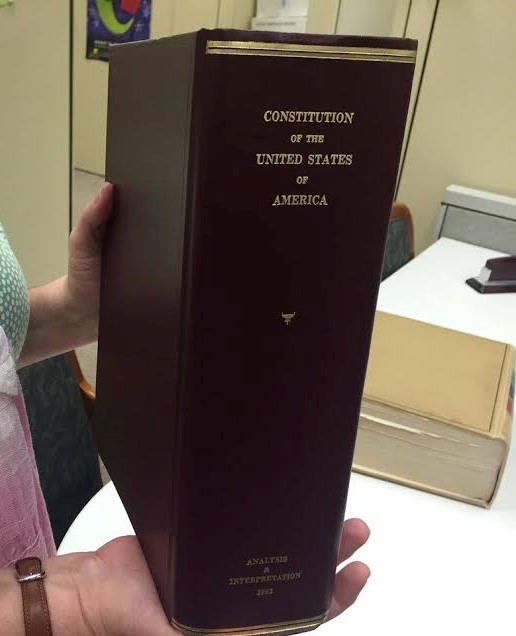 The Constitution’s Words Are Not ‘Vague’

Liberal academics and judges frequently claim that many constitutional phrases are vague or meaningless. Or, as stated by former Supreme Court Justice William J. Brennan, they’re “luminous and obscure.”

These academics and judges draw two conclusions: First, that the document doesn’t deserve great respect because it isn’t well drafted. And, second, that the Constitution’s vagueness justifies a very wide scope for the exercise of federal and judicial power.

However, the belief that some of the Constitution’s phrases are vague is based on ignorance. In fact, these phrases usually come from 18th-century law, and they are packed with legal content.

Remember that the Constitution is a legal document—the “supreme Law of the Land.” Remember also that most of the framers and leading ratifiers were top-flight lawyers. When the Constitution was adopted, even the general public was knowledgeable about law.

Several years ago, I wrote a book explaining these and other terms. Behind that book were many individual investigations into the true meaning of constitutional words and phrases. Following is the story of one such investigation.

My Investigation of the Necessary and Proper Clause

“The Congress shall have Power … To make all Laws which shall be necessary and proper for carrying into Execution the foregoing Powers, and all other Powers vested by this Constitution in the Government of the United States, or in any Department or Officer thereof.”

Many critics had labeled the necessary and proper clause as an example of the Constitution’s “vagueness.” Law professors and students scratched their heads when reading Chief Justice John Marshall’s famous opinion in McCulloch v. Maryland (1819), the most important Supreme Court case on the subject. “What makes a law ‘necessary’ to carry out another power?” they asked. “What does ‘proper’ mean? And the Constitution grants authority only to agencies and officials. So ‘Powers vested … in the Government of the United States’ must be a typo!”

Some critics have called the necessary and proper clause “the elastic clause” and have claimed it could justify almost anything. Twentieth-century court decisions interpreted it much that way.

I suspected that the Constitution’s framers were not so incompetent as to insert a meaningless provision into the document, and I was determined to find out the truth. I labored under some disadvantages, though: I had no internet access to crucial materials. The law school where I was a faculty member had only a small library and was 200 miles from any other law school. The administration was uninterested—even hostile—in my research.

But I had one huge advantage that the overwhelming majority of other constitutional scholars didn’t have: I had practiced law for many years. And although my law practice was in the 20th century rather than in the 18th, I had worked with many of the same kinds of legal documents the Founders used.

As I examined the necessary and proper clause, a little voice told me: “You’ve seen this kind of wording before! It looks like a phrase in a trust instrument or an agency agreement.”

“I bet there were form books in the 18th century,” I said to myself. “And if there were, I probably can find language in them that looks a lot like ‘necessary and proper.’” This brought home something that, in retrospect, seems obvious: Familiarity with the Founders’ law is a key to understanding the Constitution they adopted.

Shortly thereafter, I visited Philadelphia. The law librarian at the University of Pennsylvania—Ben Franklin’s favorite school—gave me access to its rare book collection. It turned out there were plenty of 18th-century form books. While thumbing through one of them, I found a form for a “letter of attorney”—a kind of agency agreement we now call a “power of attorney.”

Further checking confirmed that letters of attorney and other documents listing powers often finished up the list with an additional grant of “necessary and proper” powers.

I soon learned that phrases like “necessary and proper” were exceptionally common in English and American statutes, trusts, leases, commissions, and charters. Study of 18th-century English court cases taught me that, in this context, the word “necessary” meant “incidental.” I also learned that “necessary and proper” was a translation of an earlier Latin phrase, “necessaria et opportuna.” My knowledge of Latin—another skill rare among modern academics—confirmed that “necessary” meant “incidental.”

Still more investigation showed that “proper” meant that the person exercising authority was governed by legal duties of trust. Investigation also demonstrated that the Constitution really did grant powers to “the Government of the United States.” Those powers were implicit in clauses imposing obligations on the government, such as the Constitution’s mandate that the federal government protect the states from invasion. 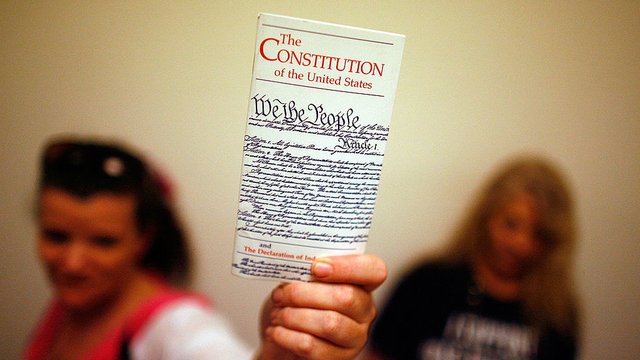 My most significant finding was that “necessary” meant “incidental.” Here’s why:

Let’s consider a related example from the Constitution. It grants Congress explicit power to “regulate Commerce … among the several States.” Those adopting the Constitution understood “commerce” to be mercantile trade and some associated activities, such as navigation and marine insurance. A federal law requiring standardized labels on goods shipped across state lines would be incidental to the commerce power and therefore authorized by the necessary and proper clause.

Thus, my research taught me that 20th-century Supreme Court decisions were wrong when they ruled that the necessary and proper clause gave Congress sweeping power over manufacturing and agriculture.

Once you know the background of the necessary and proper clause, you see that it helps make the Constitution flexible—but not as flaccid as advocates of unlimited federal control would like it to be. The background also helps you grasp the true meaning of Justice Marshall’s opinion in McCulloch v. Maryland. I’m happy to report that, possibly based in part on my research, Chief Justice John Roberts recaptured some of this meaning in a case decided in 2012.

So it’s not the Constitution that’s vague or meaningless. On this subject, vagaries exist principally in the minds of the critics.