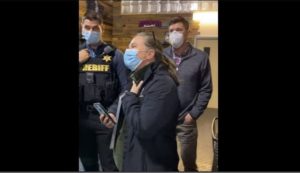 Health and Human Services extends the crisis again so it can keep the extra welfare flowing.

By The Editorial Board | 504 words

The Covid emergency is over thanks mainly to vaccines and therapies. Yet Health and Human Services Secretary Xavier Becerra on Wednesday extended the national public-health emergency for another 90 days. Why? Because permanent crisis means more dependence on government.

The Trump Administration invoked the emergency under the Public Health Service Act on Jan. 31, 2020 to reduce red tape for healthcare providers. But then Congress linked an expansion of Medicaid and food stamps to the declaration. Now progressives don’t want the emergency to end.

The Families First Coronavirus Response Act of March 2020 suspended food-stamp work requirements for able-bodied adults without dependents during the emergency. These individuals normally can’t receive benefits for more than three months over a three-year period unless they work or participate in a work-training program. Congress also boosted benefits, so the average monthly payment is now double ($240 per person) what it was in 2019.

Suspending work requirements was intended to help workers laid off during lockdowns when few jobs were available. But once lockdowns eased, businesses were desperate to hire. The sweetened food stamps and suspended work-requirement—on top of enhanced unemployment benefits and other transfer payments—reduced the incentive to return to work.

Now there are 1.8 job openings for every unemployed worker, and the unemployment rate has fallen to near pre-pandemic levels. Yet as of January there were nearly 2.5 million more households receiving food stamps than in 2019 and 500,000 more than in April 2020. What’s wrong with this picture?

States may end the supplemental food stamps before the public-health emergency is lifted, but only a dozen or so have. Even GOP governors struggle to resist free federal money, and they fret about being attacked for refusing extra benefits amid rising food costs, even if beneficiaries aren’t poor.

Congress also increased Medicaid funding for states during the emergency on the condition they don’t remove beneficiaries from their rolls, even if they earn too much to qualify. Medicaid enrollment has swelled by more than 14.6 million (20%) since February 2020—more than gained coverage from ObamaCare.

A recent Journal of the American Medical Association study found that Wisconsin Medicaid enrollment increased 11.1% more than would be expected based on economic factors during the first seven months of the emergency, mostly because ineligible beneficiaries weren’t kicked off. Some states now want to prune their rolls but can’t without losing federal funds. Congress has hooked states on federal transfer payments, and Democrats want them to stay hooked.

The emergency rules have served some useful purposes, such as letting Medicare cover telehealth services and waiving a Medicare requirement that beneficiaries be hospitalized for three days before the cost of nursing-home care is covered. But the Administration can make some of those useful changes permanent by regulation and ask Congress to include those it can’t in the mooted Covid spending bill.

The same bill is also a chance to override Mr. Becerra’s declaration of what is becoming an eternal Covid emergency. Pandemic welfare shouldn’t become endemic.