A Family Includes a Father

A Family Includes a Father 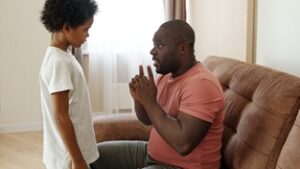 Heightened crime, violence, gender confusion and the growing welfare state are all tied to the lack of present fathers.

Earlier this month, a new study for the RAND Corporation claimed to have found that problems our children and society face are not because of the lack of dads, and in fact fathers are not needed at all. According to Kathryn Edwards, the researcher behind the study, the problem is that the government is not spending enough money on subsidizing single parenthood.

This is sheer folly. Doing so would not only perpetuate the problem, but exacerbate it. All one needs to do is look at the “Great Society” programs of the 1960s, which threw billions and billions of dollars to supposedly solve the issues of fatherlessness and poverty, and failed.

Since 1980, the percentage of children born into unmarried homes has risen from 18.4 percent to 40 percent. The consequences of this for children and society are catastrophic: 85 percent of all youth in prison come from fatherless homes, as do 90 percent of all homeless and runaway children. In addition, fatherless children are more than four times more likely to live in poverty.

As Mary Eberstadt, a senior fellow at the Faith and Reason Institute, writes, “It doesn’t take a Ph.D. to grasp that the fractured family is a major engine of the increased welfare state. Why? Because, overall, the state is the financial backer that makes single motherhood – and absent fatherhood – possible.”

So many of our social and cultural trends, such as increased crime and violence, heightened focus on gender confusion, and widened government dependence, are tied to the lack of present fathers.

While single mothers can be great mothers, there is still a concerning chasm for a child’s emotional and mental development when dads are gone or absent. Fatherless girls often become severely depressed, self‐destructive, and sexually promiscuous as they seek to fill the void. Boys, on the other hand, tend to deal with that void through anger and rage – something we are seeing played out daily on American streets and neighborhoods.

As Dr. Ditta Olker, an author and clinical psychologist in Los Angeles, has written: “Children with involved, caring fathers also have better educational outcomes. The influence of a father’s involvement extends into adolescence and young adulthood.”

She then adds: “But there is still a wide gap between research results and the true acceptance of the value of fathers, with many fathers expressing the feeling that they continue to be second‐class citizens in the world of their children…”

So, instead of throwing dollars at a problem to make it worse, perhaps we should make a different investment – an investment in promoting the essential role a father plays in a child’s life.

A great example of this type of investment is the bill signed into law earlier this month by Florida Gov Ron DeSantis that provides $70 million to strengthen fatherhood in Florida. The funds will be distributed to non‐profit organizations that are committed to affirming and strengthening fatherhood in their communities through mentoring men on the importance of being a good father to their children. This is what is needed to bring the personal and societal healing many of us crave.

Thus, given the well‐documented and anecdotal evidence of the essential role fathers play in a child’s life, you would think that everyone would agree that we need to do everything we can to encourage men to be good fathers and for families to remain intact.

Sadly, that is not the case. Despite this evidence, DeSantis and famed football coach Tony Dungy came under attack for supporting legislation to strengthen fatherhood, while Edwards had her conclusions trumpeted in Bloomberg News, among other places.

Instead of sending single mothers more tax money, as Edwards advocates, we should be doing what Focus on the Family President Jim Daly suggests, that “every man needs to be reminded from time to time that their wives and children deserve their best” which is what the Florida fatherhood policy sets out to do with such targeted excellence.

If we really want to make a better life for the rising generation of young Americans, we need to focus on investing in policies affirming fatherhood rather than just cascading more taxpayer dollars into subsidizing the problem. Fathers should no longer be perceived as unneeded, second‐class citizens.

The restoration of our children and our society will begin by recognizing and affirming the timeless and unwavering truth that fathers are both essential and foundational not optional or unwanted.

Tim Goeglein is the Vice President of Government and External Relations at Focus on the Family in Washington DC.