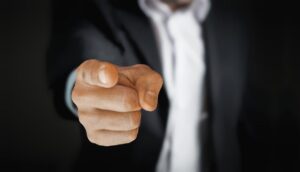 Is Levi’s Still A Publicly Traded Corporation Or A Far-Left Political Action Committee?

“Chip Bergh seems very proud of himself and his left-wing activism even as it harms the iconic American jean company’s brand and reputation,” said Justin Danhof, Esq., executive vice president of the National Center for Public Policy Research, who presented today’s proposal. “And he clearly isn’t stopping at external actions and statements; he has brought his worldview in-house where his authoritarian style is quite apparent.”

In presenting the proposal, Danhof explained:

Bergh’s partisan toxicity extends to the company’s internal policies as well. Just ask former Levi’s executive Jennifer Sey. Despite her track record of great work and supporting nearly every possible left-wing cause throughout her long tenure with the company, she was pushed out the door for opposing draconian government COVID lockdowns – specifically school closures. For this commonsense pro-child stance, Sey was subjected to ridicule, ad hominem attacks and harassment from management, HR and the DEI team. I, for one, hope she sues the company and takes you to the cleaners. Oh, and by the way, she turned out to be right in wanting schools to remain open. You all were wrong…

Sey’s experience is likely not unique. That’s because at nearly all levels of the firm, Levi’s actively discriminates based on race and gender. The company’s hiring and promotion practices actively discriminate against white people and men. This is not only immoral; it is unconstitutional and a violation of the board’s fiduciary responsibility to shareholders. Again, I hope some employees stifled by this hostility and passed over for promotion based on their skin tone and sexual anatomy sue the company.

Danhof also criticized the many ways the company has carried water for the Human Rights Campaign. He noted:

Under Bergh, Levi’s has also teamed with the Human Rights Campaign (HRC) in its efforts to cancel women’s sports and end federal religious freedom protections. How does that help shareholders? And recently, the company again teamed with HRC in its opposition to state-level parental rights legislation. Those laws, such as the high-profile one in Florida, seek to protect very young children from inappropriate sexual discussions. Why does Levi’s want to sexualize young children?

FEP’s full proposal and Levi’s response to it are available on pages 60-62 of Levi’s proxy statement.

“There is no other interpretation: Levi Strauss actively, aggressively discriminates against white people and men, even when other groups are already statistically overrepresented in Levi’s ranks,” said FEP Director Scott Shepard. “That lays the matter bare: Levi’s is not discriminating to expand diversity under any definition. It is discriminating out of objective racial bigotry and sexual chauvinism. Of course, this is illegal and unconstitutional. It’s also evil. Chip Bergh loves to call anyone who disagrees with him a racist. On that score, he properly belongs in a museum for the study of psychological transference. Where he can no longer remain is on the Levi Strauss board of directors.”

Investors can learn how to oppose leftism in corporate America by downloading FEP’s 2022 “Investor Value Voter Guide” and “Balancing the Boardroom” guide. Sign up here to receive weekly advice on how to oppose woke capitalism at that week’s shareholder meetings.

Today’s meeting marks the eighth time FEP has participated in a shareholder meeting in 2022. To schedule an interview with a member of the Free Enterprise Project on this or other issues, contact Judy Kent at (703) 477-7476.