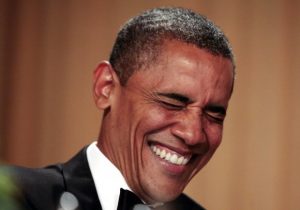 Machiavelli on the Deep State Conspiracy President or Plotter? by Rodney Dodsworth – October 14, 2019 In our Constitutional order we find comforts unknown to many nations. We can go about our lives without concern over a matter that often threatened kingdoms since ancient times: succession to the executive power. Thanks to an Electoral College… 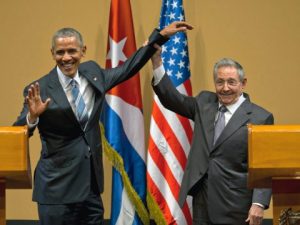 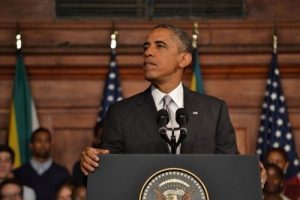 by Deroy Murdock   September 24, 2018 Addressing students on September 7 at the University of Illinois in Urbana, Obama said: “When you hear how great the economy is doing right now, let’s just remember when this recovery started.” By trying to claim credit for today’s economic boom, Obama has conceded that America is not enduring the… 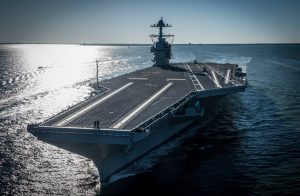 Who Really Stands Up for America? by Daniel Greenfield August 07, 2018 On October 1962, destroyers from the Second Fleet streamed out to intercept Russian vessels suspected of delivering missiles to Cuba. Under the shadow of DEFCON 2, Vice Admiral Alfred Ward, commander of the Second Fleet, watched over a blockade of Cuba. The Navy men putting… 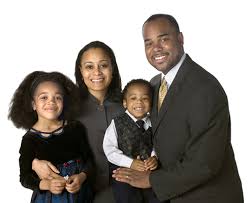 Machiavelli on the Deep State Conspiracy

In our Constitutional order we find comforts unknown to many nations. We can go about our lives without concern over a matter that often threatened kingdoms since ancient times: succession to the executive power. Thanks to an Electoral College that avoids direct elections, we safely affirm our Presidents. We needn’t fear the turmoil and angst that often attends the replacement of one king with another. And we do it every four years!

Except, there is reason for concern. Despite its outward appearances, there was a dangerous undercurrent to the 2016 Presidential election that warped post-election events. The outgoing President regarded his successor a barbaric usurper. The man who was above reproach by secular divine right over an eight-year reign kept as close an eye on his possible successor as bedridden hereditary monarchs watched their sons.

If Western governments allow future historians to relate the events of the last few years, they’ll find a man with principles more princely than presidential who conspired with his nobility to murder his successor while he was carried in the womb. After birth, and while the baby was still in swaddling clothes, the conspirators continued their nefarious plot. This once infant, now grown into manhood, seeks justice for the traitors who not only sought his demise, but the demise of his mother as well, the United States Constitution.

What brought on this unprecedented plot against Presidential succession?

The Renaissance father of modern political science, Niccolo’ Machiavelli, shared a few thoughts on the matter of conspiracies against heads of state. To keep his crown, the Prince should first avoid anything that will make him hated and despised by either the people or nobility.

As long as he does not threaten the property of either estate, or pose a risk to their lives or honor, the prince will be safe. Well-organized states and wise princes take great pains not to make the nobles despair, and to satisfy the people and keep them content. Oh, and never make public threats. It’s safer to quietly assassinate troublemakers. A few angry families pose little hazard. Just ask the Kopechne, Vince Foster, Scalia, Breitbart, Seth Rich, and Epstein families.

When Donald Trump announced his candidacy at Trump Tower on June 16th 2015, he threatened the ruling elites of America and the international community. He promised to end their decades-long abuse of the American people. He would end lopsided trade, military assistance arrangements and illegal immigration that ripped off the American worker, consumer and taxpayer. In response, the Deep State Nobility and world elites conspired to remove this threat, Donald Trump.

Princes deal with two estates, the nobility and the people. The two estates fear one another. Where nobles obtain their wealth through subjugation of the people, the people simply want to be left alone. Now, America doesn’t have a formal nobility; instead the republic endures a cyst, a parasitic growth that threatens its life.

It has a caste of Senior Executive Service and Civil Service who run the government for their benefit. Since the New Deal, this growth slowly transformed the simple and unassuming capital of a republic into an opulent and rich imperial city more appropriate for an eastern despot than a free people. Who among us knew, before the inauguration of President Trump, that Presidents served at the pleasure of the Deep State?

A man who becomes Prince by favor of the people, without the backing of nobles, finds himself standing alone, and he has near him either no one or very few prepared to take his orders. But if the Prince does as President Trump, and earns the respect and admiration of the people, he can make himself safe in any power struggle with the nobles. From the hostile nobles he should expect active opposition. As the Deep State conspirators showed, the nobility always act with foresight and in time to safeguard their interests.

An unmistakable sign of the disconnect between America’s Deep State elite and the people is the elites’ violation of a simple maxim not to conspire against a President loved by the people. Yet, as a practical matter they had no other choice. In the interest of the American republic, Donald Trump also took a great risk when he violated the rule to never force a man to choose between his life and yours. When it is over, only one will remain standing. There is no common ground. A truce is impossible.

Machiavelli believed “Princes . . . have no greater enemy than a conspiracy, because . . . it either kills them or disgraces them.” He cautioned against reflexively putting conspirators to death, because even the Prince’s most ardent supporters will wonder if the conspiracy was an invention of the Prince to justify eliminating his opponents. Upon discovering the conspiracy, the wise Prince will carefully, without revealing himself, assess the depth and breadth of the conspiracy and gather evidence. Only then, and after assembling his forces should the Prince smash the plotters in one blow.

However, what if the conspirators’ plans go public before the Prince can act? Machiavelli wrote the conspirators will strike out in unrelenting fury and without scruples against the Prince. His prediction plays out today. America’s enemies furiously struck out; they demanded sealed grand jury testimony and a public hearing from Robert Mueller in the forlorn hope of a bombshell revelation against the President. Through flimsy lawsuits they harass his advisors and business associates for the purpose of squeezing damning evidence against him. In perhaps a final act of desperation, the President’s enemies hold sham impeachment inquiries in secret Star Chamber-like settings.

Thanks to the love of the American people, President Trump will likely remain in office. But, at what cost? Disgrace? Will events prove Machiavelli right, or will the fires temper and harden this incredible man, Donald Trump, to even greater efforts and successes? After securing a second term, will an indefatigable President Trump achieve the impossible and rid us of the imperium in imperio, the Deep State within our Republic, that heretofore ran roughshod over free government?