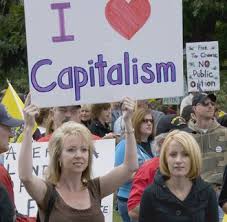 The Far Left’s Ignorance of Capitalism and Poverty By Jeff Szymanski – February 3, 2020 After 15 years teaching high school economics it never ceases to amaze me how little people understand about capitalism and how it is the poor who need and benefit from it most. Rich people can do well anywhere and would… 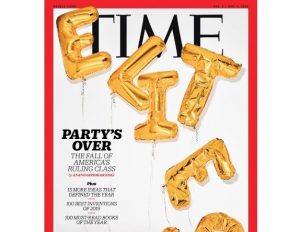 My Response to Time Magazine’s Cover Story on Capitalism The case for true capitalism is a moral one that’s rooted in human nature and human rights. Lawrence W. Reed – December 11, 2019 [FEE Editor’s note: The following is in response to the cover story, “How the Elites Lost Their Grip,” by Anand Giridharadas in… 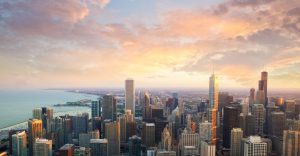 By Mike Kapic / December 4, 2019 / Comments Off on Capitalism Helps Protect the Environment 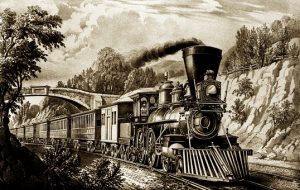 WSJ October 19, 2019 How Steam and Chips Remade the World Cheap energy powered an economic revolution in the 18th century, and cheap information in the 20th. By John Steele Gordon | 796 words Not all inventions are equal. While the wheeled suitcase was a great idea, it didn’t change the world. But invent a… 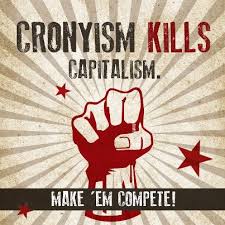 The Driving Force of Free Markets Is Empathy, Not Greed Only the entrepreneur who prioritizes other people’s needs can be successful. Dr Rainer Zitelmann September 24, 2019 Both capitalists and anti-capitalists frequently accuse capitalism of being a system driven by selfishness and greed. Capitalism’s defenders sometimes say: “By nature, man is selfish, which is why…

The Far Left’s Ignorance of Capitalism and Poverty

After 15 years teaching high school economics it never ceases to amaze me how little people understand about capitalism and how it is the poor who need and benefit from it most. Rich people can do well anywhere and would be rich no matter the economic system of the country, but it’s the poorest who do better under American capitalism than almost anywhere else. Having traveled to over 100 countries, including many in Southeast Asia and Africa where abject poverty exists, there are precious few color televisions, automobiles, and microwave ovens among the poor there.

This is not the old “welfare Cadillac” argument here, rather an acknowledgment that poverty will always exist at some level. In any room of a dozen people, just as in my classrooms of 25 students, someone has to be the “poorest” if you ranked everyone by household income. But capitalism doesn’t create poverty any more than spoons create fat people. Poverty has hovered between about 11 and 16 percent in the U.S. for a century. It’s at the lowest end in prosperous times like now and at the higher end during recessions. And someone poor today will not necessarily be so in five years. Only 3% of those poor today will be so in a decade. Still, consider what Democrat Anthony Clark, a candidate for the 7th district in Illinois, recently tweeted: “If billionaires didn’t exist poverty wouldn’t either!” What?

This is the classic failure to understand what was taught in the first chapter of all economics books. A man is not poor BECAUSE of Bill Gates and Jeff Bezos; he is poor IN SPITE of them. Neither Gates nor Bezos stole or took anything from the poor. The economically ignorant believe the economic pie is the same as the pumpkin pie at the dinner table—if your brother takes a bigger piece, then you get a smaller one. It’s classic “zero sum” thinking, but it’s 100% a fallacy! An economy can grow. Gates and Bezos baked whole new pies. Think how our lives are so much better because of computers, software, the Internet, and buying low priced items on-line. We can buy groceries and stocks and book airline tickets in our pajamas because of the value created by these and other millionaires and billionaires.

Capitalism, Property and the ‘Man of System’

Adam Smith wrote that the man of system ‘seems to imagine that he can arrange the different members of a great society with as much ease as the hand arranges the different pieces upon a chess-board.’

Barton Swaim does capitalism a disservice in suggesting it is ill-defined (“Capitalism Isn’t a ‘System’”, op-ed, Dec. 26). The essence of capitalism is the ownership of private property. Without it there is no capitalism. With private property, people can produce goods and services and sell them to those who need them, a process that stems from the division and specialization of labor and the principle of comparative advantage.

Trade gives rise to a problem: The seller has more and better information about the product being sold than does the buyer. This allows the seller to generate “excess profit.” A high level of competition ameliorates the asymmetric-information problem, as do laws that protect consumers from fraud and encourage competition by leveling the playing field. Far too often governments have passed legislation to protect industries or specific firms from competition using a variety of high-minded but specious economic justifications. More often than not, it is such laws that have given capitalism a bad name. We need laws that encourage competition rather than impede it. We also need a society that understands that capitalism and freedom go hand-in-hand, as Milton Friedman pointed out. But you can’t have either if you don’t have private property.

Mr. Thornton is a retired vice president of the Federal Reserve Bank of St. Louis.

Mr. Swaim leaves out the best reason that capitalism isn’t a system. Take it from Adam Smith’s 1759 book “The Theory of Moral Sentiments”:

“The man of system, on the contrary, is apt to be very wise in his own conceit; and is often so enamored with the supposed beauty of his own ideal plan of government, that he cannot suffer the smallest deviation from any part of it. He goes on to establish it completely and in all its parts, without any regard either to the great interests, or to the strong prejudices which may oppose it. He seems to imagine that he can arrange the different members of a great society with as much ease as the hand arranges the different pieces upon a chess-board. He does not consider that the pieces upon the chess-board have no other principle of motion besides that which the hand impresses upon them; but that, in the great chess-board of human society, every single piece has a principle of motion of its own, altogether different from that which the legislature might chuse to impress upon it. If those two principles coincide and act in the same direction, the game of human society will go on easily and harmoniously, and is very likely to be happy and successful. If they are opposite or different, the game will go on miserably, and the society must be at all times in the highest degree of disorder.”