On Monday, Hall-of-Fame NFL Head Coach, Tony Dungy stood beside Florida Governor Ron DeSantis when the Governor signed a bill to provide $70 million to support fatherhood in Florida. The left attacked Dungy on social media, calling him a “fraud”, a “bigot”, and a “nutjob”, for supporting a bill that is trying to strengthen American families. This is not a surprise, the left has been attacking American families, and fathers for the last 50 years, so it only makes sense that they would attack the person who is standing up for fathers and families.

We all are aware of the statistics surrounding fatherless homes:

–          85% of youth who are currently in prison; 75% of adolescents with substance abuse problems; 85% of children with a behavioral disorder; 90% of youth runaways, all come from fatherless homes. 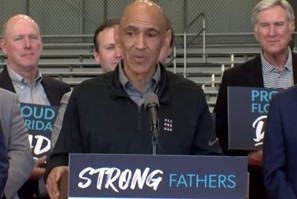 And yet Tony Dungy and Ron DeSantis are being excoriated by the left on social media for supporting legislation that supports fathers, strengthens families, and will help make at risk youths lives better. And we all know why. The left does not care about children, they don’t care about black people who are disproportionately affected by fatherless homes, they only care about their political power. And legislation which supports families is a direct threat to their power.

The left wants to destroy the American family, so they can take the place of fathers and mothers in the child’s life. They know that the government would not do a better job raising the children because the life outcomes of children who are wards of the state are far worse than those raised by their parents. They are destroying the concept of fatherhood and family as a way to gain power and control over the people. They know that the best way for the state to indoctrinate the youth is by eliminating the influence of the parents.

Vladimir Lenin was very clear on this subject when he said, “give me your four-year-olds, and in a generation I will build a socialist state”, and “give me just one generation of youth, and I’ll transform the whole world.” This is why the neo-Marxists are attacking parents who want to have a say in their child’s education. Parents who object to teaching their children Critical Race Theory and radical gender ideology are being labelled “domestic terrorists”. This is all done on purpose, because as Lenin believed, “you destroy the family, you destroy the country.” And the neo-Marxists want to destroy the country, so they have a cause to take over our country.

This is what the Marxist do. They actively work to destroy vital elements of a free society to give them the reason to assume total control. They will claim that the free society system had failed, but that system only failed because of hostile steps the Marxists took to intentionally destroy the system. So, in this example, enact policies and promote ideologies which destroy the family, and then assume the role of the parents on the grounds that the familial system failed. 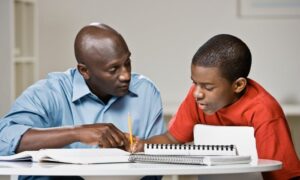 Almost everything Joe Biden has done in the last 15 months has been in-line with this neo-Marxist plan to take-over the country. The hyper-inflation we are experiencing has been done intentionally with the express purpose of undercutting our capitalist system. Lenin said, “the best way to destroy the capitalist system is to debauch the currency... The simplest way to exterminate the very spirit of capitalism is therefore to flood the country with notes of a high face-value without financial guarantees of any sort.” That is exactly what the Democrats and the Biden Administration have been doing. The Federal Reserve at the behest of the Administration has printed trillions of new dollars out of thin with the intent of driving up inflation as a way to destroy the economy, so they can claim that capitalism does not work which gives them the reason to implement their socialist policies. Have we noticed how Bernie Sanders, the self-proclaimed man of the people, has been completely silent on how devastating inflation has been on the very people he claims to be representing? To a socialist, inflation is good because inflation destroys capitalism. And most of the time that inflation is created on purpose.

Lenin also said, “The way to crush the bourgeoisie is to grind them between the millstones of taxation and inflation.” Look at what is happening to our country today, to our middle class. We are living through hyper-inflation and staring at the potential of extreme tax increases to pay down the exploding national debt. The middle class is being destroyed, and that is being done on purpose by the neo-Marxists in our government.

These same tactics are being used against the fossil fuel and automobile industries. The Biden Administration put in policies which were hostile to the oil and gas industry, shutting down the Keystone XL pipeline, and stopping new permits to drill on Federal land, both of which have caused gasoline prices to double and triple. In a matter of months, we went from energy independent to being dependent on foreign countries, even our enemies, for our primary source of energy, oil and gas. And then the solution they offered to combat the high gas prices was not to reverse their harmful policies, but for us to purchase electric cars and transition to “green energy” which the government will control. The fossil fuel industry would be doing great if the Biden Administration had left the previous administration’s policies in place – gas would be $2 per gallon, not $5 or $6, and there would be little talk of electric cars.

We saw all these same tactics in the healthcare debate over a decade ago. Lenin famously said that “Medicine is the keystone of the arch of socialism.” That is why it was Obama’s number one priority when he took office. If the government controls healthcare, they control the lives of the people. As we have seen throughout Covid, in the name of public health, the government can strip you of your freedoms and rights; they can control your lives.

Obama and the Democrats told us for years that the government had to take over healthcare because 20-30 million Americans did not have health insurance, and the only way to cover every Americans was through government run healthcare. They failed to mention that the reason healthcare had become so expensive was due to the massive regulations put on the health industry by government. They passed Obamacare in 2010, claiming that it would insure every American, yet over ten years later, there are 28 million Americans who still do not have health insurance, yet has one Democrat said one thing in the last ten years about Americans without health insurance? No. Why? Because they never cared about the people who were not insured, they only cared about the government taking control over one-fifth of the economy and taking control over the people’s lives.

Former President Barack Obama on NBC’s “Today” show said that the brutality in Ukraine was a “reminder of why it’s so important for us to not take our own democracy for granted.” This call for democracy that is so resounding on the left is another tactic employed by the Marxists. Lenin said, “We Social-Democrats always stand for democracy, not ‘in the name of capitalism,’ but in the name of clearing the path for our movement.” Democracy can be used to foist the most anti-democratic system of government onto the people, Communism.

Remember, Vladimir Lenin was the precursor to Vladimir Putin. They are both Russian Communists. So, those in favor of taking away parental rights, devaluing our currency, government controlling healthcare and the energy sector, in the end, are supporting Vladimir Putin’s cause for the destruction of capitalism, freedom and democracy. All of the policies which the left and the Biden Administration are standing for today, are much more of a threat to our democracy and our freedoms than anything Putin is doing in Ukraine, and maybe that’s why the Biden Administration wants us to be hyper-focused on Ukraine, so we will fail to notice the Marxist take-over of America.