Justice Clarence Thomas has issued a scathing dissent to the U.S. Supreme Court’s decision to decline to hear the merits of lawsuits challenging the 2020 election in Pennsylvania and by so doing, detailed what he described as the “inexplicable” avoidance of cases with critical implications for future elections.

Yet again, Justice Thomas had the backs of millions of American conservatives as Chief Justice John Roberts inexplicably failed to act on a critical constitutional issue.

On Monday, the high court declined to take up the election challenge cases, offering no public explanation, while Thomas and Justices Samuel Alito and Neil Gorsuch issued dissents.

Politico noted that only four justices are needed to review a case, but it is speculated the cases were simply considered moot because Joe Biden was formally certified as the winner of the election and has now been sworn into office.

The Trump campaign, the Pennsylvania Republican Party, and others were alleging that Keystone State officials made unconstitutional changes to mail-in voting rules to the effect of influencing the outcome of the state’s presidential election, an issue which came before the SCOTUS prior to the election.

In October, the court had deadlocked 4-4 on a request from the Trump/GOP camp for a stay that would have blocked a 3-day extension on the deadline for Pennsylvania’s polling centers to receive mail-in ballots.

He noted the state Supreme Court had “also ordered officials to count ballots received by the new deadline even if there was no evidence — such as a postmark — that the ballots were mailed by election day.”

Thomas seemed to accept that both the cases are now indeed moot and that the vote totals impacted by the actions of Pennsylvania officials do not seem to have managed to give Joe Biden the state. But he clearly outlined the big, fat elephant in the room: the implication of these actions on future elections.

“That decision to rewrite the rules seems to have affected too few ballots to change the outcome of any federal election. But that may not be the case in the future,” he wrote. “These cases provide us with an ideal opportunity to address just what authority nonlegislative officials have to set election rules, and to do so well before the next election cycle.” 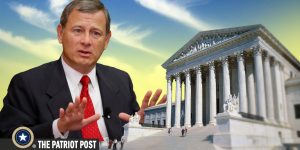 “The refusal to do so is inexplicable,” he added, in what can only be interpreted as a firm rebuke of his fellow justices, particularly the ever inept Chief Justice Roberts.

Regardless of whether the election was influenced deliberately by sinister forces intent on installing Joe Biden in the White House or he really, truly, honest-to-goodness is the most popular president in U.S. history, the whole function of the Supreme Court is to consider the constitutionality of a prior ruling and to only view the case within that narrow frame.

Justice Thomas noted that the issue of defining clear rules for how elections are conducted is an issue at the core of how our nation is meant to practice self-rule.

He wrote that elections “are ‘of the most fundamental significance under our constitutional structure.’ Through them, we exercise self-government. But elections enable self-governance only when they include processes that ‘giv[e] citizens (including the losing candidates and their supporters) confidence in the fairness of the election.’”

“Unclear rules threaten to undermine this system,” he continued. “They sow confusion and ultimately dampen confidence in the integrity and fairness of elections. To prevent confusion, we have thus repeatedly — although not as consistently as we should — blocked rule changes made by courts close to an election.”

“An election system lacks clear rules when, as here, different officials dispute who has authority to set or change those rules. This kind of dispute brews confusion because voters may not know which rules to follow. Even worse, with more than one system of rules in place, competing candidates might each declare victory under different sets of rules.”

This is, of course, the crux of the whole matter and underscores further how baffling it is that the justices — who are supposedly dominated by conservative, originalist judges — declined to hear a case with a narrow and significant focus on a genuinely concerning constitutional issue as relates to future elections.

“One wonders what this Court waits for,” Thomas wrote in scathing conclusion. “We failed to settle this dispute before the election, and thus provide clear rules. Now we again fail to provide clear rules for future elections. The decision to leave election law hidden beneath a shroud of doubt is baffling. By doing nothing, we invite further confusion and erosion of voter confidence. Our fellow citizens deserve better and expect more of us. I respectfully dissent.” 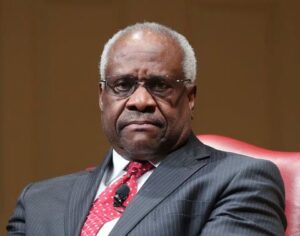 What is Chief Justice John Roberts doing and why doesn’t Thomas have his seat? This is a question countless conservatives are asking in the wake of this inexplicable decision.

After all, he “is the only one with the guts and the intellect to lead this feckless waste of a court out of its doldrums,” as Kyle Becker noted.

Were he appointed chief justice, Thomas would make history, of course, as first black chief justice of the Supreme Court. He would be an inspiration to millions, as he already is, as someone who has lived the classic American story of hard work and achievement against incredible odds.

Of course, much to the chagrin of those who couldn’t bear it if Thomas were to break this barrier, he would also make history as one of the most legendary stalwart conservative chief justices, as he has certainly already set himself apart as an associate justice on this count throughout the course of his career.

Isa Cox grew up in San Francisco, where she was briefly a far-left socialist before finding Jesus and her husband in Hawaii. She now homeschools their two boys and freelances in the Ozarks.