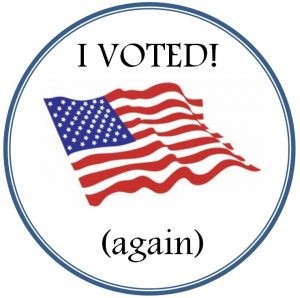 By Stuart MacPhail – March 2021
An article by Molly Ball in the February 4 edition of Time Magazine seemed to confirm what many Americans believe about the November 2020 election.  It details “a conspiracy unfolding behind the scenes, one that both curtailed the protests and coordinated the resistance from CEOs.  Both surprises were the result of an informal alliance between left-wing activists and business titans.”

The Ball article (available HERE) appeared under the head-scratching headline The Secret History of the Shadow Campaign that Saved the 2020 Election.  The definition of “Saved” apparently depended on the political leanings of the reader.

In an analysis published on February 8 the Free Press International News Service (available HERE) highlighted Ms. Ball’s words: “The handshake between business and labor was just one component of a vast, cross-partisan campaign to protect the election – an extraordinary shadow effort… Their work touched every aspect of the election. They got states to change voting systems and laws and helped secure hundreds of millions in public and private funding.”  Ms. Ball also described the 2020 election as the result of “a well-funded cabal of powerful people, ranging across industries and ideologies, working together behind the scenes to influence perceptions, change rules and laws, steer media coverage and control the flow of information.”

Also in early February the Heritage Foundation produced what it calls the 9 Election Reforms States Can Implement to Prevent Mistakes and Voter Fraud, written by Hans von Spakovsky.

Whether state legislators are pleased with 2020 voting results… whether they see those results as legitimate or fraught with fraud, “voting irregularities” or simply as mistakes… they will want to give serious consideration to Mr. von Spakovsky’s list of best practices states should promptly adopt so that future elections are trusted by a higher portion of US citizens.  Find his recommendations HERE.

The February 14 edition of American Thinker carried a piece by citizen-activist Paul Gardiner entitled A citizen’s list of ‘common core’ actions for election integrity that is a worthy related read.  Find it HERE.  While his article stresses the need for “fair and honest elections, especially national elections” writer Dennis Haugh contends that “without honest local elections, honest national elections are impossible.”