SOS: Save Our States: The Little Federal Model

Debate on the fourth resolution of the Virginia Plan started on 31 May 1787 in the Constitutional Convention. The proposal was “that the members of the first branch of the National Legislature ought to be elected by the people of the several states,” Roger Sherman was the first to speak and opposed the resolution. Elbridge Gerry then spoke as follows: The evils we experience flow from the excess of democracy. The people do not want virtue, but are the dupes of pretended patriots.

Madison’s notes on his point ended with: He had, he said, been too republican heretofore: he was still, however, republican; but had been taught by experience the danger of the levelling spirit.

Gerry’s words introduce us to the struggle the framers had to find the proper way to frame a republican form of government.[1] In the intervening period from the Declaration in 1776 to the Philadelphia Convention, they had learned from bitter experience that Aristotle was right. Democracies were unstable and did not protect liberty and freedom – because the only principle was that the majority ruled. Humans have an inherent blind spot in that they tend to simplify majority rule as the only principle of fairness to make a group decision. It is not. Left unchecked, majority rule fuels the passions of the people – leading to emotional rule.

The problem with the “tyranny of the majority” is that it is based upon a fixed view of the democratic principle that ignores the effects of opinion density. For a geographically large region, population density biases opinions. Dense population centers tend to work as opinion multipliers. By their very nature, societies are diverse, but the circumstances and views of the people change little over time. The tyranny prevents satisfactory solutions for those with valid perspectives from areas of sparse population – ever. This dynamic leads to segments of the population perpetually getting the short end of the stick, which denies the intent to provide a fair foundation for all of the people. If course corrections are not made, social cohesion will break down as emotions heighten.

The notion that a republic is merely a “representative democracy” is one of the failures of our education system. When a democracy is representative, the majority rule translates into equality of representation through apportionment by population. Voting district boundaries are to be drawn to ensure that every citizen has the same numeric ratio of representation. The manipulation of these boundaries to favor one political party is referred to as “gerrymandering” in honor of the same Elbridge Gerry quoted above. As governor of Massachusetts, his administration famously created a district in the shape of a “salamander” to bias overall representation in the state senate.[2]

The key differentiator of a republic from a democracy is that it focuses on justice. Rather than universally applying the will of the majority, a republic asks what is just under the circumstances. It requires more scrutiny and a willingness to concede points of view different from the majority opinion. It considers perspectives that democracy won’t. This common sense of justice is perhaps the most important republican principle because it is essential for social cohesion. It injects stability missing in pure democracy. That cannot happen if equality of representation is dogmatically held. This is why the US Senate has two senators for each state, rather than being apportioned by population. Ironically, Elbridge Gerry chaired the committee in Philadelphia that proposed it on 16 Jul 1787.[3]

Another failure of our education system is the treatment of the Supreme Court. To say that the Supreme Court doesn’t always get it right is an understatement, but today we have been indoctrinated to accept the findings of the Court as the final word. This phenomenon is properly called “judicial supremacy,” not “judicial review.” The framers never had any intention that the judicial branch would dictate to the other two branches – or the states. Alexander Hamilton was perhaps the biggest proponent of the Court among the framers, and he would not have labeled it the “least dangerous branch” with today’s judicial supremacy in mind.[4] On the other hand, the framers did intend for the Court to render an opinion. That is judicial review, and it was the intention all along. It was not first assumed by Marbury v. Madison.[5] That case really confirmed that the Court could not order the executive branch to give Marbury his rightful commission. It was an affirmation of the separation of powers and almost the exact opposite of what is taught about the case today. Judicial supremacy undermines separation of powers. 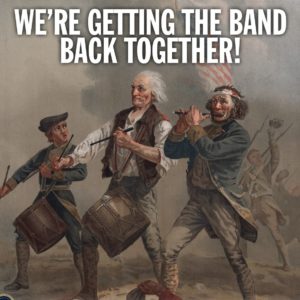 Of all of the bad Supreme Court decisions, perhaps none has been more detrimental (not to mention unconstitutional) than Reynolds v. Simms in 1964.[6] The case was initiated because the Alabama state government had not reapportioned state house districts according to the latest census. The Court properly found that the state had a constitutional responsibility to do so, but then it exceeded the scope of the case. It declared that “trees or acres” did not vote, “nor farms or cities or economic interests,” only people.[7] This “one man one vote” declaration ignored the effect of population density centers and was an outright violation of Article IV, Section 4 of the Constitution that guarantees the states a republican form of government. It declared the “little federal model” used by many states at the time as unconstitutional and forced their governments into pure democracies – exactly what the founders had found unstable. The reaction of the states was fairly swift in that applications for an Article V convention poured in to overturn the ruling. The movement just barely fell short, and the states capitulated to the Court by 1969.

No state demonstrates the results more than California. The little federal model is a bicameral legislature where the lower house is apportioned by population and the upper house is apportioned by geographic boundary. Those boundaries at the state level are based upon an integral number of counties, determined by state Constitution. For example, California has 40 senators and 58 counties. Prior to 1967, each senator represented at least one county but no more than 3.[8] Since then, the senate has been apportioned by population, so its representation is fundamentally redundant to that of the house.

Like the founders, we have been witnessing the negative impacts of democracy at the state level – for half a century. The New California movement is one manifestation.[9] Out of frustration, rural voters are leading an endeavor to break the state in two by using Article IV of the Constitution. If successful, it would be the first time since 1862 when West Virginia separated from Virginia. Their complaints are:

Since the founding, the states have watched and learned from each other. There are now a number of other states that are seeing such initiatives, and they have similar complaints. This is social cohesion breaking down at the state level.

We should not kid ourselves that the only fault line in our current tyranny of democracy is the rural-urban schism. Oddly, the Reynolds decision enumerates another fault line – economic interests. As Madison said in Federalist #10, “the most common and durable source of factions has been the various and unequal distribution of property.” Wealth is not evenly distributed (nor can it ever be). From an economic perspective, farms are small business; however, aligning these interests through apportionment is problematic. Rural areas do not contain the wealth that is in urban areas. Rural property is worth a pittance of its urban equivalent. Likewise, income per capita is much less. When power gets centralized, only the most influential (usually the wealthiest) get attention. Therefore, small businesses of any kind are harmed by centralization of power, and equal representation by population encourages such centralization.

How do we keep all these fault lines from breaking? There is no one answer to this question at a tactical level, but the strategic level is to rebuild the republic. And that starts with overturning Reynolds v. Simms. The perceived fairness of equal representation by population ignores the uneven distribution of locality of opinion based upon population density. In the end, it is more than fair to those who live in population centers but grossly unfair to those who don’t. The little federal model is fair to the population (and wealth) centers in the lower house, but it has the advantage of adding fairness in the senate to those who are now severely underrepresented.

But the little federal model has an additional benefit. Any representative is limited in the number of constituents with which he/she can interact. That number will reflect a better consensus of a smaller population than a larger one. It may seem unfair that some would be better served by a representative, but representatives in population centers are undoubtedly influenced by wealthier constituents. That leaves small businesses in those centers underserved; however, their interests will align to a large degree to those of farmers who are also small business owners.

There may well be other models beyond the little federal model that would be effective in stitching up the fault lines that are growing, but none of them can be considered until the dogmatic allegiance to equal representation is rejected. Just one brave state needs to take the lead and return to the little federal model by amending its existing Constitution. That process varies by state, but it is not the same as the normal legislative process. There is no doubt that lawsuits will probably result in a Supreme Court hearing. The Warren Court has been gone for fifty years. Perhaps the result of the next ruling will follow the Constitution and enable federalism to heal the nation by rejecting equal representation by population.

[1] The fault line between big and small states showed up as the first issue in the First Continental Congress on 5 Sep 1774 when James Duane posed the question of decision-making. The debate raged off and on until 16 Jul 1787 when the Connecticut Compromise was adopted in Philadelphia.